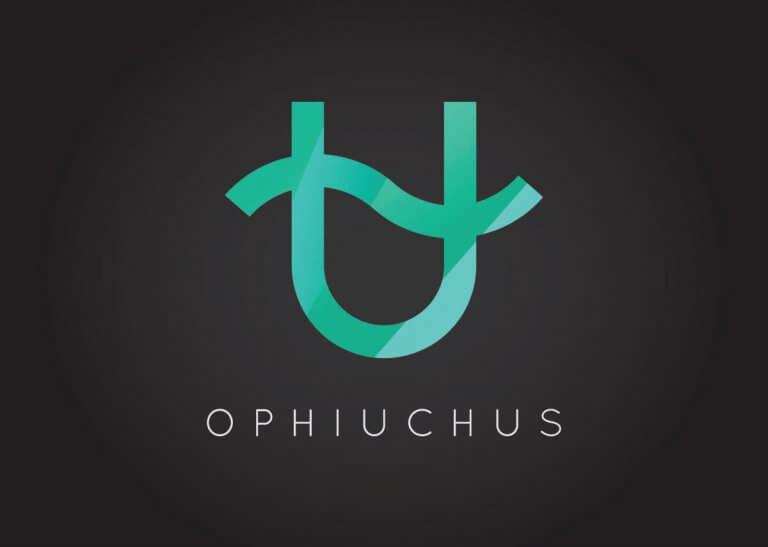 So, what’s this all about?

Modern astronomy records 88 constellations covering the southern and northern hemispheres of our sky. 13 of these constellations cross or touch the ecliptic – the trajectory of the Sun’s apparent path across the sky as seen from Earth.

Public Domain: The plane of the ecliptic

Astronomers and NASA have presented this thirteenth constellation, Ophiuchus, as the thirteenth sign of the zodiac, while also pointing out that the zodiac itself…meaning the section of sky directly overhead as viewed from Earth- has changed from when the ancient Babylonian astrologers first viewed it, and the generally accepted dates for the zodiac signs as supplied in horoscopes are now a month out of alignment.

This change in the skies has been the result of an effect called precession. The gravitational pull of the Moon and the Sun causes the Earth to ‘wobble’ and as the Earth orbits around the sun; a different constellation appears behind it each month.

So, while the zodiac signs have remained in a fixed position, and their dates have remained the same, varying only by a day or two here and there, the constellations have drifted.

Based on this, astronomers have suggested the new astrological zodiac should more correctly look like this, with these new dates:

However, as astronomers themselves are quick to point out, astronomy is not astrology.

The Astronomy of Ophiuchus

Ophiuchus ([Oaf-ih-YOU-kus)  is one of the largest constellations but also the least well known,  straddling the celestial equator northwest of the center of the Milky Way, near the constellations Aquila, Serpens, and Hercules, and opposite Orion. The southern part lies between Scorpius to the west and Sagittarius to the east. July is the best time to see it in the northern hemisphere, mid-winter in the southern hemisphere.  Below Ophiuchus, down to the right, a bright reddish star, Antares in Scorpio, can help in locating it.

Its name comes from the Greek Ὀφιοῦχος Ophioukhos; “serpent-bearer,” and it is commonly represented as a man grasping a snake. It used to be called Serpentius, and it included the constellation of Serpens, representing the snake itself. Marking the head of Ophiuchus, Alpha Ophiuchi has an older, Arabic name: Rasalhague, the “Head of the Snake Charmer”.

Ophiuchus contains many notable features and objects, including Kepler’s Supernova, or Kepler’s Star, named for German astronomer Johannes Kepler and which was by far the brightest star in the sky for over 3 weeks during 1604.

Kepler wasn’t the first to note the supernova, due to cloudy conditions, but he made observations over the course of an entire year and wrote about the “new star in the foot of Ophiuchus”.

Kepler’s Supernova continued visible for 18 months, and its remnants are still studied today, still the most recent supernova to be observed with the naked eye.

To the ancient Greeks, the constellation represented the god Apollo struggling with a huge snake that guarded the Oracle of Delphi. See: What Greek God are You?

Later myths identified Ophiuchus with Laocoon, the Trojan priest of Poseidon, who warned his fellow Trojans about the Greek’s wooden horse, and together with his sons, was killed by a pair of sea-serpents sent by Poseidon to shut him up, because clearly, Poseidon was on the side of the Greeks, or under orders from Zeus, or Laocoon had already annoyed him in some other way.

Image Public Domain: Laocoon and his sons, c 300 BC

According to the Romans, the figure represents the healer Asclepius, son of the sun god Apollo, who learned the secrets of keeping death at bay and tried to bring Orion back to life with the venom of the dead Gorgon, Medusa. Snakes have always been associated with medicine, firstly, as a symbol of wisdom, and because venom can cure as well as kill.

Pluto (Hades) complained to Jupiter (Zeus) that Asclepius was interfering with death, which upset the natural order and meant that life itself would die, and Jupiter (Zeus) duly put a stop to it by killing Asclepius with a lightning thunderbolt.  Apollo was furiously upset, understandably, and Jupiter tried to appease him by placing Asclepius in the heavens to honor his good works, and the rod of Asclepius remains the symbol of western medicine to this day.

In medieval Islamic astronomy, the constellation was known as ‘Al-Ḥawwa’, “the snake-charmer.”

The Astrology of Ophiuchus

Ophiuchus is described in the Astronomica of Marcus Manilius, 10 AD:-

“Ophiuchus holds apart the serpent which with its mighty spirals and twisted body encircles his own…But, bending its supple neck, the serpent looks back and returns…The struggle will last forever since they wage it on level terms with equal powers.”

Image: Public Domain: The Snake-Wrangler in Urania’s Mirror, 1825. Above the tail of the serpent is a now ‘obsolete’ constellation, Taurus Poniatovii

If you are born in that window between 29th November and 17th December, astronomers and some astrologers may argue that your zodiac sun sign is technically Ophiuchus.

These are, not surprisingly, a mix of classic Scorpio and Sagittarius attributes in this profile.

So, is Ophiuchus the new thirteenth zodiac sign? Who is right? And does your zodiac sign stay the same?

It depends on who you are talking to. What astronomy is not taking into account is the basis of western (Tropical) astrology which makes a key distinction between the constellations themselves, and the zodiac signs named after them.

The signs of the zodiac as we know them today are based on Ptolemy’s twelve-fold division of the ecliptic, designed so that each sign spans 30° of celestial longitude or roughly the distance the Sun travels in a month. 12 was an easier, tidier number to work with than was 13.

Ptolemy aligned these divisions with the seasons so that the March equinox always falls on the boundary between Pisces and Aries, whereas Sidereal (Vedic) astrology is based on the constellations themselves, as was western astrology way back at the time of the Babylonians, whose data Ptolemy worked with.

Tropical western astrology, with its 12 associated zodiac signs is a static, modeled system based NOT on the constellations themselves, but on the wheel of the seasons which also accord the signs of the zodiac their personalities, but the idea of the ‘missing’ thirteenth sign is nothing new.

“It was developed by Hipparchus in 130 BC,” said astrologer, Susan Miller, “but you don’t get your characteristics from the constellations. You get them from the planets, from the sun and moon. We measure everything by the degree to which the earth is rotated around the sun. So if you’re born at the beginning of the zodiac, which corresponds to the spring equinox and typically falls on March 20, you’re at the 0º point—or the point at which the sun is crossing directly over the earth’s Equator. If we didn’t have names like Virgo or Gemini we’d have to walk around saying, `Hi, I’m a 136º,’ and I’d say, `Oh, really? Well, I’m a 352º and so on.”

NASA’s debunking is logical in strictly astronomical terms, but in astrological terms would only be meaningfully significant if Tropical (western) astrology was still tied to the position of the constellations.

It isn’t, and your zodiac sign, also known as your sun sign still stands, both as it is and where it is, based on the principle and according to the system on which it was first described.