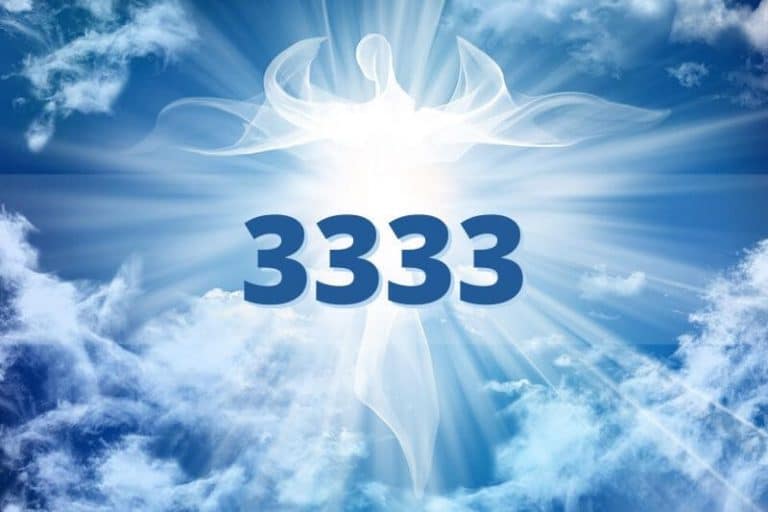 Angel numbers provide us with specific spiritual insight and guidance. These numbers may appear to us at certain moments in our lives to deliver a message. The message that you may be on the right path and heading in the right direction. The message will align with the ascended master connected to the number.

Besides the 9 Archangels who provide special links to the divine energy of God, there are 9 Angelic Orders, also represented by repeating mundane numbers, this time in quadruplicity. They are ranked lowest to highest, in terms of their “proximity” to God.

Principalities and Princes, the 3rd Order

Principalities and Princes are seven Orders from God and three Orders from humanity. These angels oversee the previous two Orders. They maintain the Rules and ensure the fulfillment of Divine Will. With regards to earth, they oversee large institutions and nations. This Order, and all remaining Orders are very far from individual humans.

If you see 3333, then know that you need to be aware of a situation or circumstance that affects your life through your society or a large organization or powerful individual. It is possible you are deeply involved in your society and you need to pay attention to an issue of profound concern to you and others. On the other hand, you may be largely untouched by high level decisions, but something could be coming your way when this number appears.

Part of the Greater Whole

In the grand scheme of the world and the totality of civilization, what is your “place”? The appearance of 3333 as a sign of the Order of Principalities wants you to see and understand and think about your role on the world stage. It is possible you have a lead role (nation’s President/Chancellor/Dictator), a stand out role (famous actor/professional athlete/corporate leader), or bit part as “crowd member 3,723,343,222”.

No matter your role, it is important to live your part with as much integrity and connection to the divine as possible. If you think you should have a larger role than you currently have, the appearance of 3333 could indicate it is time to put effort in the direction of increased improvement and value.

Once again, the appearance of 3333 indicates another layer of reflection, about what it means to be German or Russian. And further, what is the direction of your nation? Is it growing, stagnant, or failing? Are you proud of your nation or disappointed? The Principalities watch over the rise and fall of nations, but everyone contributes energy to the success or failure of the nation. What is your contribution? Are you adding value or taking value?

Your State or Region

Within your nation are states and regions. These areas represent the third tier of separation. We can live within a shared society and be very much at odds, divided by internal politics and regional conflict, difference, and distinctions. Tribalism becomes more apparent in more personal ways unless you happen to travel outside your nation. If you do travel to another country, you will easily see the tribalism of nations.

If you look within your state or region, once again the appearance of 3333 indicates the need to assess the health and well-being of your region. Do you observe and feel that the Principalities favor your region or find it wanting? How are you a citizen of your region/state, your nation, and the world? We do not often think in such broad terms, which is why this number is less rare than the preceding two.

Your local community would represent the fourth tier of separation and the last system under consideration by the Principalities. As with each layer, the essence of 3333 is the idea that you need to know your place and contribution. Whether it is large or small, it should be divinely inspired and performed. You need to be a good steward at all levels of your placement – local, regional, nation, and world.

Lastly, institutions often cross the boundaries of the tiers below the world. Religious beliefs stretch across nations, regions, and local communities through churches. Educational goals and knowledge can unite diverse individuals forming groups that would fall under the purview of the Principalities. Any large system that exhibits a core integrity, binding people together, by choice or circumstance, would fall under the observation and concern of the Principalities.

Finding Your Place, In Life

The appearance of 3333 is a sign or signal that you need to do a significant and deep assessment of your life at this time. Where are you in life? Are you where you need to be? If not, what actions do you need to take to change your circumstances? If you do your assessment and are where it is best for you with regard to your life role … locally, in your region, as a citizen of your nation, and member of humanity … then continue to live in excellence and be a beacon for others.