The Numerology of Abraham Lincoln 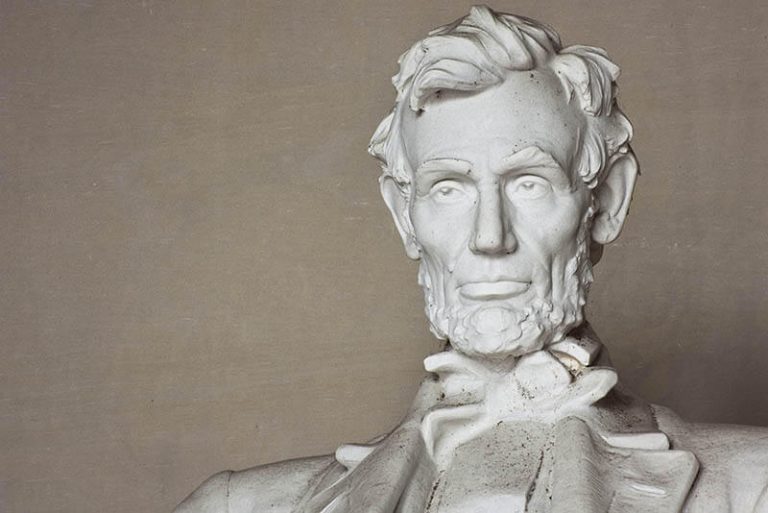 Abraham Lincoln is one of the greatest figures in American history.  This article will explore his numerology to see how the man expressed his numbers and helped usher the United States through one of the most difficult periods in its development.

Abraham Lincoln (February 12, 1809 – April 15, 1865) was an American statesman and lawyer who served as the 16th president of the United States from 1861 until his assassination in 1865. Lincoln led the nation through the American Civil War, the country’s greatest moral, constitutional, and political crisis. He succeeded in preserving the Union, abolishing slavery, bolstering the federal government, and modernizing the U.S. economy (wiki).

An individual that has a Life Path Number 5 is adventurous and an agent of change. Therefore, they have the passion and energy to visit the world, interact with new people, and spread ideas. Their personality develops through their efforts to learn about the world by exploring.

Lincoln, arguably, is the greatest agent of change in American History, so this Life Path Number is perfectly suited to mark his role as a transformer during his lifetime.

An individual that has a Destiny Number 6 attracts nurturing and caring people. Therefore, they learn how to help others find ways to support their community and share what they know that will help others. They understand the value of service and want others to know how to serve.

Their innate understanding of compassion, empathy, and attentiveness provides guidance to others who want to follow this life path.  Destiny wants them to show people the power of serving and the grace of duty.

If you take the opportunity to read Lincoln’s letters, you will see how much the man struggled to be compassionate, even to those he opposed.  His sense of dedication to a just cause is the model for any person, man or woman, who embraces the role of public service in its most idealistic form, which is the pursuit of the greater good for the most people.

You lead into life with your first name, which is why its numerical value is your Active Number. Some people use their given first name, some take on a nickname given to them by a family member or peer, and some people choose a nickname or even an alternative name. Abraham Lincoln was also known as Abe Lincoln and Honest Abe.

An individual that has an Active Number 8 is a natural-born leader. Therefore, they like to take charge, direct others, and set lofty goals.  A child with an 8 first name will initiate games, enjoy competing, and look for new challenges.  First name 8 individuals appreciate rules and structure as components that help their drive to successfully grow.

Essentially, you inherit numbers from your parents. Most often, the father’s surname is the one that dominates and is known out in the world. The mother’s surname often becomes her middle name after marriage, when she assumes the surname of her husband.  Lincoln totals 34, which reduces to 7, the Mystic or Spiritualist.

An individual that has a Heredity Number 7 inherits spirituality from one or both parents. The person must determine how to understand number 7 energy through the influence of the parent.  That influence may manifest as support or suppression.  In other words, the child gets encouragement to find his or her own spiritual path or must believe and practice what the parent believes.  Either way, the child learns the lesson of belief from the parent or in spite of the parent with the last name that is the number.

It is well known that Lincoln was born in poverty and had to work is his way out of his low station, which he did, making him, yet again, the real example of the ideal that “anybody can be President of the United States”.

The Soul Urge Number is the total of the vowels in a name, specifically the full birth name. The Soul Urge is like an energy charge within the numerology of a person. The number of the Soul Urge “powers” the Destiny Number.  In Abraham Lincoln’s case, his number is 18, which reduces to a 9.

An individual that has a Soul Urge Number 9 draws energy from a love of life. Therefore, they operate with a need to unlock wisdom to generate energy.  These individuals are often patient, observant, and introverted. Accepting that you need to be open and generous to get what you want and to get things done will help you be more successful in your relationships and endeavors.

Again, it is easy to see how Lincoln expressed this number in his own life journey and, more importantly, in his role as President.  He took a principled and active stand to see that a country could not be great so long as slavery was part of its functioning culture.

The Personality Number is the total of consonants in the name, specifically the full birth name. The Personality Number is how people encounter someone and interpret them. It is like the clothing you choose in public, which causes people to treat you a certain way. For Lincoln, his number is 42, which reduces to a 6, which is also the same number as his full name and Destiny Number.

An individual that has a Personality Number 6 presents as helpful to others. Therefore, others see them as either nurturing or passive-aggressive.  People who value caretakers will expect a Personality 6 to fulfill that role in life.  Do not be surprised if people treat you as someone who is always there to support them, even if you want to have your own life.

It is certainly interesting to see how this numerical energy turned out for Lincoln. Not only did he have the Destiny to serve, but people who met him would want service from him.

An individual that has Soul Purpose Number 11 is goal-driven and destiny bound. Therefore, they have the passion and energy to be a beacon in life, leading by example and achieving at higher levels and more idealistically than a stand-alone 1. Their personality develops through their efforts to be profoundly unique and authentic.

As people, they embrace single-minded focus, devotion to their calling, and intense individualism. So, they become successful through leading the way as an excellent and stand out example. Since they act with Destiny’s blessing, they overcome challenges thrown in their way by will power and decisive action.

It is not hard to see Lincoln lived his numbers at the highest expression in each example.

The Meaning of Angel Number 1122