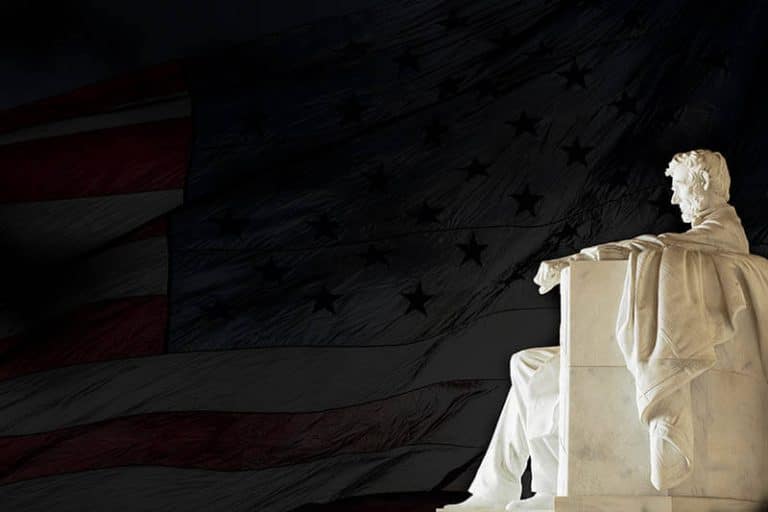 Abraham Lincoln is one of the greatest figures in American history.  This article will explore his birth chart to see how the man expressed his design and helped usher the United States through one of the most difficult periods in its development.  The chart of the President, or a King/Queen, or a Dictator reflects the energy of the country or nation that person represents at his or her time in power.

Abraham Lincoln (February 12, 1809 – April 15, 1865) was an American statesman and lawyer who served as the 16th president of the United States from 1861 until his assassination in 1865. Lincoln led the nation through the American Civil War, the country’s greatest moral, constitutional, and political crisis. He succeeded in preserving the Union, abolishing slavery, bolstering the federal government, and modernizing the U.S. economy (wiki).

His primary triad – Sun, Moon, and Ascendant – were in Aquarius, Capricorn, and Aquarius respectively.  It is important to understand that nothing about this chart guarantees a “great person”. But what would be clear from this chart is a design for someone to be visionary, with a strong sense of community – his Sun and Ascendant in Aquarius.  This individual would also have a deep sense of responsibility for the collective – his Moon in Capricorn in the 12th House.

Moving beyond the Sun and Moon, we note that his North Node is in Scorpio, indicating that this lifetime is one in which the individual will need to learn to address power issues and function as a change agent out the world (placement of the North Node in the 10th House).  The South Node would prefer to remain close to home and keep to itself, so a strong sense of privacy (4th House) even though there would be an energetic calling to be in the public eye (10th House).

In traditional astrology, the chart ruler would be Saturn, which is in Sagittarius in the 11th House of Community.  The contemporary ruler would be Uranus, which sits right next to the North Node.  Both chart rulers are in the public domiciles, one in the sign of responsibility (Capricorn) and the other in the sign of authority (Sagittarius).  And the traditional final dispositor is Jupiter, which would be in its rulership in Pisces.  The modern final dispositor starting with the Sun or the Ascendant would end up being Neptune, in Sagittarius, in the same sign and house as Saturn and the Midheaven.

Both Venus and Mars have difficult placements in his chart.  Venus is in its detriment in Aries and Mars is to its detriment in Libra.  Looking at the contemporary points, Chiron, the wounded healer leads the chart as the first point above the horizon.  This individual would struggle due to opposing expressions; he would want or need to relate by being independent (Venus in Aries) and he would create conflicts in relationships by being unwilling to back down if he was right or wanted something (Mars in Libra).  His wound to heal would be tied to his identity and idealism about community, which he would express personally (1st House).

One of his most difficult internal conflicts would be with his Moon in Capricorn in a tight square (challenge) with his Mars in Libra.  His sense of responsibility (Moon in Capricorn) would find constant trouble with intense feelings about what is just and fair (Mars in Libra).  This tension would help him understand that some situations would not be resolved peacefully.

The stellium is a powerful design for focus and intensity, making this individual someone who will not be easily swayed and more likely to be very persistent and purposeful.

It is very likely that numerous people were born on the same day, around the same time, and maybe even along the same longitude, so they would end up with the same design regarding the placement of Points in the Houses.  They would still have the same traits as Lincoln, but perhaps not the same drive or spirit.  Lincoln was a thoughtful man perfectly if reluctantly, suited for the time he lived in and the burden he had to bear.  This design could handle the pressures of his situation, which is what makes looking at his chart so fascinating.

Let Birds Connect You to the Spirit World