The Mysterious Origins of Astrology 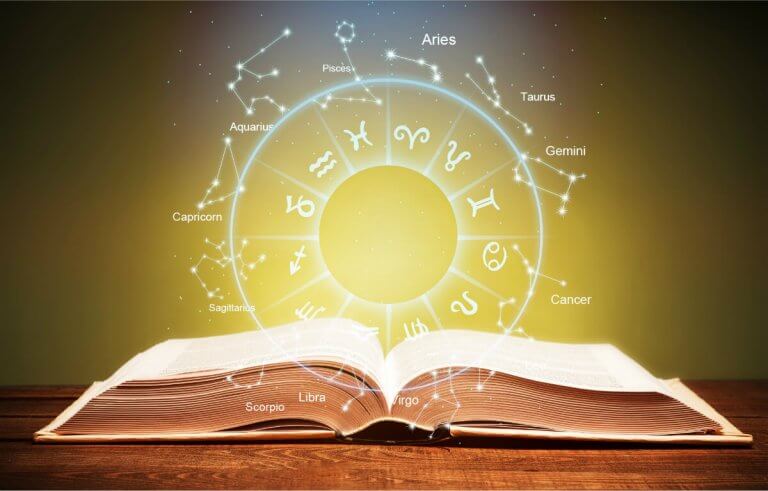 When Did the Sumerians Live?

Most historians agree that the Sumerians were the first major human civilization on Earth. Some historians consider Eridu the first Sumerian city. It was built around 5400 BC. Other historians consider Sumer, built around 5000 BC, to be the first true Sumerian city. The Uruk Period, from 4100 BC to 2900 BC, is generally considered the Sumerian heyday. During this period is when they developed cuneiform, the first written language known to exist. They recorded the first written references to astrology, astronomy, mathematics, and other subjects in cuneiform on wet clay tablets.

Many reports say the Sumerian civilization came to an “end” around 1750 BC when they were invaded by ancient Semitic people, the Elamites and or the Amorites. Although historians are still sorting out the details, to say they disappeared is certainly not entirely true. In some ways, the Sumerians were much like the Phoenicians whose advanced culture, including their advanced astronomical knowledge, was actually gradually assimilated into Greek culture and other cultures. The Babylonians first came into power in 1792 BC under King Hammurabi and it now appears that the Sumerian advanced knowledge of astrology, astronomy, and mathematics was essentially adopted by these early Babylonians and others. Just like the ancient Greeks often get credit for advancements that were actually made by the Phoenicians, it appears that the Babylonians often get credit for the advancements made by the Sumerians.

Who Were the Sumerians?

The Sumerians lived in the southern portion of Mesopotamia, in the fertile valley between the Tigris and Euphrates Rivers, otherwise known as the “Cradle of Civilization” or the “Fertile Crescent.” Today, southern Mesopotamia would roughly correspond to Iraq. The Sumerian civilization consisted of several city-states, each surrounded by a wall, with farmlands around the periphery. The most prominent structure in each Sumerian city-state was a large flat-topped temple, usually several stories high. It is estimated that the largest Sumerian city, Uruk, had a maximum population of about 80,000 people, and sprawled for several miles. This fact alone is evidence that the Sumerians had a sophisticated culture, perhaps much more advanced than most people realize.

The Sumerians were known to be excellent merchant traders, often traveling great distances in search of resources such as copper, timber, textiles, food, and minerals. They initially used their cuneiform system of writing primarily to track and describe the goods they were trading. However, cuneiform was later used for many other purposes, including poetry and literature. They recorded heroic tales like the infamous Epic of Gilgamesh, which is loosely based on a real Sumerian king. The Sumerians were so technologically advanced they invented the sailboat with cloth sails, which they used to transport goods up and down the rivers. They also developed complex irrigation systems and other advanced farming methods to increase their food yield and maintain a constant food supply for the entire population. The Sumerians were also known to be highly skilled at engineering, architecture, herbal medicine, surgery, beer making, and textile weaving.

Did the Sumerians Develop Astrology and Astronomy?

The evidence is overwhelming that they did, although their amazing contributions in these fields are currently underappreciated. The Sumerians were keenly interested in the sky, and the celestial bodies they saw there because they believed this is where their Gods lived. Each of their Gods was thought to live in a different section of the sky and the Sumerians actually tracked the movements of the celestial bodies relative to these Gods. Some of their most important Gods are now thought to be planets. The Sumerian temples were originally built in an effort to get closer to their Gods. These multi-terraced temples were called ziggurats by the Babylonians who later build similar structures. They were as tall as 170 feet, which is the equivalent of about 17 stories — a Mesopotamian high rise! Unlike the Egyptian pyramids, the top was broad and flat, allowing for a large assembly of people.

The Sumerian ziggurats were not just used for religious purposes. They contained many interior rooms, some of which were used almost like a university. It is inside these ziggurat “classrooms” and academic “offices” where the formal organized study of astrology, astronomy, and mathematics was very likely born, long before the Babylonians conceptualized, or rather more likely assimilated, their brand of these important fields.

The Sumerian “sexagesimal” numbering system was based on the number 6 or 60. Although most nations today use a mathematical system based on 10, the Sumerian sexagesimal system is very much alive and well every time we look at a zodiac or any other 360-degree circle, which is clearly divisible by 6. We also see the Sumerian sexagesimal system in our timekeeping. There’s sixty seconds in a minute and sixty minutes in an hour. The Sumerians used this same sexagesimal numbering system, sexagesimal geometry, and sexagesimal time to track celestial objects in the sky and keep track of how these objects influenced everything from weather patterns to human behavior. They made predictions based on the relative positions of these celestial objects as well, just like modern astrologers do!

The archeological remains of the Sumerians were not discovered until the 1800s. Since then, archeologists have discovered more than 500,000 Sumerian clay tablets with legible cuneiform writing, although it has taken decades to successfully translate some of them. These tablets clearly show that the Sumerians were mapping constellations and assigning symbols for them, as well as developing the earliest zodiac signs. By dating these tablets, and from other clues, including clear indications that the sky was being mapped from Latitude 36°, it is clear that these early constellations originate with the Sumerians. While some of the Sumerian cuneiform tablets have been successfully translated, most have not been. It is highly likely, given what’s been discovered so far, that we’ll learn much more about Sumerian astrology and astronomy once these tablets are fully translated! It’s going to be utterly fascinating.

Star Wars Provides Insights on the Origin of Astrology

The “Star Wars” movies can teach us a lot about what we currently know, and may know in the future, on the history of astrology and astronomy. George Lucas is now famous for starting in the middle of the Star Wars story! However, as the adventure unfolded on the big screens on May 25, 1977, movie audiences thought they were seeing the beginning of the story. It wasn’t until more than two decades later (May 19, 1999), and the first of the trilogy of Star Wars prequels was released, that the full origins of the Skywalker saga began to be revealed.

To use the Star Wars analogy, the Sumerian cuneiform clay tablets that are yet to be translated, or fully understood, maybe the “prequels” needed to truly understand the origins of astrology and astronomy. We may also get more even more prequels as archeologists discover additional Sumerian cuneiform clay tablets and or examples of earlier cuneiform astronomical recordings. Until at least some of these things happen, what we’ve been taught as the beginning of the story is more likely the middle of the story and the details on the true origins of astrology and astronomy remains an enticing mystery!

We may gain additional insights from new discoveries on other ancient peoples too, perhaps even discoveries we can barely fathom now. For example, what if we were to discover written language from the possibly mythical, but also possibly real, Kingdom of Atlantis? From oral tradition, this was supposed to be an advanced civilization that disappeared into the ocean in a single day. One 9+ catastrophic earthquake could actually do that to an island nation.