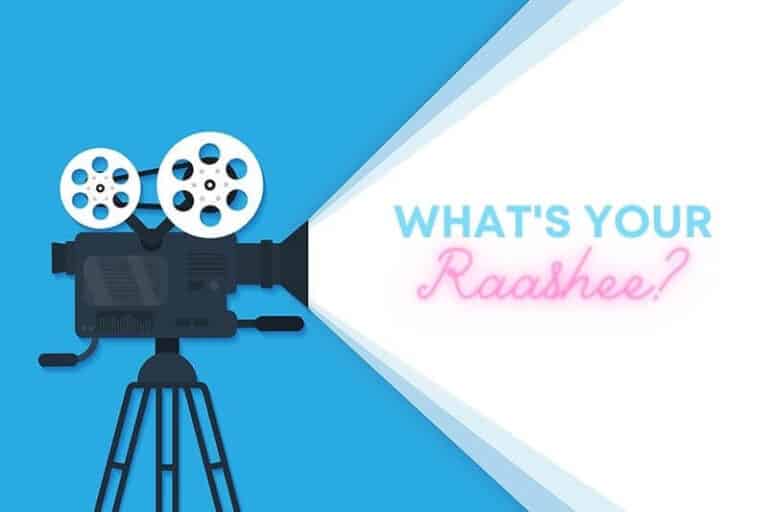 In persistently difficult times, like we are experiencing due to the ongoing pandemic, finding entertainment that can lift us emotionally and spiritually proves to be especially worthwhile. This article will review the Hindu movie What’s Your Raashee?, which came out in 2009.

The film is an Indian/Hindi romantic comedy written and directed by Ashutosh Gowariker. It stars Harman Baweja and Priyanka Chopra. The clever trick of the film involves having main character Yogesh Patel looking for a bride to save his brother from harm; Yogesh agrees to meet twelve potential brides (all played by Chopra).

He has 10 days to find the bride and help settle his brother’s debts. Each character Priyanka plays is an archetype for the twelve signs of the Zodiac. Threw the series of twelve encounters, we get to see Priyanka play all the signs. At the end Yogesh does marry, and it is the audience who knows her sign, not Yogesh.

One of the best ways to watch this movie is by knowing your Sun sign when you sit down to view it. That way you can compare your view of yourself with the portrayal of each character in the movie. Yogesh does not know the signs, but the audience can surmise them based on the themes of the sign and the portrayal by Chopra. He meets them in a random sequence, even though his first encounter is with Aries.

His first encounter is with Anjali Patel, who is a non-native English speaker. She tries very hard to impress Yogesh. Inexperienced in life, she tries to fake appear as a modern woman, who would be a suitable match for Yogesh because he is a non-resident Indian (NRI), which confers a certain high status in the eyes of the resident Indians. The traits Anjali display are awkwardness, open-heartedness, and a lack of confidence, which are various traits of the sign of Aries.

Yogesh’s second encounter is with Sanjana Shah, who is also an NRI. She is a microbiologist by profession and has a lot in common with Yogesh. She has a boyfriend and asks Yogesh to reject her so she can marry her boyfriend. Her traits are charm and grace; she is also highly intelligent and one of the most mature characters.

Next, Yogesh meets Kajal Khakhar, a college student and a hopeless romantic; she likes Yogesh. They hit it off and agree to marry; however, she wants to wait a year to fall in love before marriage, which will not work since he must be married within ten days. She presents as exciting, fun-loving, and argumentative. Also highly intelligent, but rather naïve, she is one of the most enjoyable characters to watch in the film.

After things do not work out with Kajal, he meets Hansa Parekh, who is an honest, well-educated young woman. She admits she is not a virgin and considers herself unlucky in love. Her family does not want anyone to know that she is not a virgin. Revealing that she is not over her previous relationship, she tells Yogesh she can play the part of a good wife if necessary. Demure, traditional, and sensitive, she is a clear representation of the sign, but not Yogesh’s match.

His next encounter is with Rajni Parmar, an architect who is highly successful. She is demanding, driven, and logical. For her, marriage is a business transaction; and she wants to protect her assets and demands a pre-nuptial agreement. Yogesh, surprised by her ruthlessness, rejects her. Commonly, this sign is shown as indecisive, so it is nice to see a portrayal that shows the powerful side of this cardinal air sign.

After his setback with Rajni, Yogesh meets Chandrika Jamnadas, the daughter of a rich jeweler. She believes in reincarnation and claims to remember experiences from her previous life. Thinking Yogesh is her soulmate, she proves to be obsessive regarding a potential marriage with him. Her traits reflect strong beliefs in spirituality, emotional flightiness, and a demure personality.

The next encounter is with Mallika Desai, who is a professional dancer working for a non-governmental organization (NGO). Believing she needs to connect with a fellow artist, she finds Yogesh interest in music promising in their match. She portrays herself as creative, strong-willed, and quick tempered.

After his time with Mallika, Yogesh meets Nandini Jassani, who pretends to be unassuming in order to hide her ambitions from her family. A marriage to Yogesh would allow her to pursue a modelling career in Chicago. Like any strong Scorpio, she is passionate and ambitious, and not afraid to keep her true self hidden from others.

Next, he meets Pooja Goradia, a physician helping the underprivileged. There is a strong connection between them, but she does not want to live abroad. Her dedication to serving others is a key trait of her sign, as well as being a problem-solver and healer.

After spending time with Pooja, Yogesh goes on to meet Vishakha “Dolly” Zaveri, who is the daughter of a wealthy businessman (in cotton). She pretends to be immature to see if Yogesh is interested in her because her father is wealthy. She displays the lighter side of Taurus, but also makes choices to protect her resources, knowing she has value that will not be easily won.

Time is running out and Yogesh meets Bhavna Shukla next. She is an expert in astrology. After evaluating the charts, she recognizes that she and Yogesh are not a good match. Still, she tries to seduce him, even going so far as to talk about sex on the first encounter. Her fiery nature comes through in her sexuality and spirituality.

The last encounter is with Jhankhana. It turns out she is only 15; her family hides her age in the hopes of marrying her and getting the support they need to raise them out of poverty. Like a true Capricorn, she appears older than her peers, but cannot keep the fact of her age secret. She exhibits the shadow side of this sign, which is aloof and shy.

I do highly recommend this film for anyone interested in a very interesting take on astrology, using the twelve signs as models for the personality of the women the lead character meets and considers for marriage. Indian society has a much more involved history and current appreciation for astrology as a tool for matchmaking and decision-making. Even though the film is very long, 3 ½ hours, and the storytelling convoluted in places, the excellent performance of Chopra in each role is well worth watching.

How To Get Someone’s Attention Based on Their Zodiac Sign