The Monstrosity of Mercury in Retrograde

Home » Blog » Astrology » The Monstrosity of Mercury in Retrograde 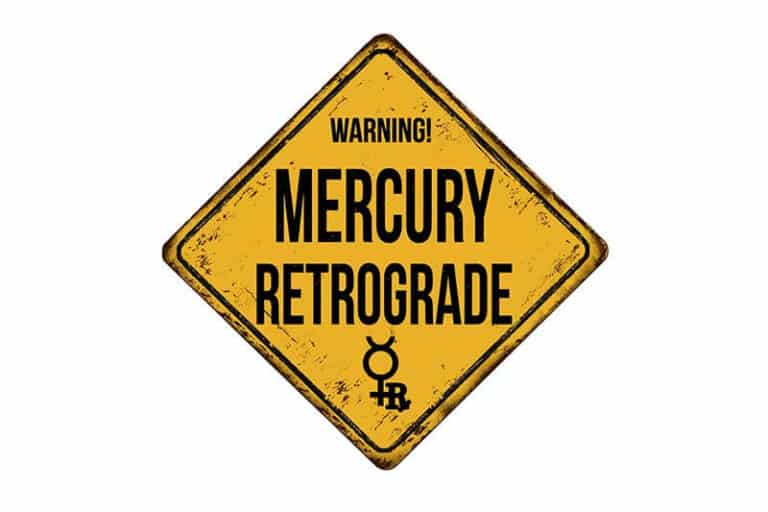 On edge with Mercury in retrograde, we can be sensitive to the people around us. I know a girl, who just began graduate studies, and she came across a younger girl in her program. The girl ignored her, but then said hi to another guy in the class who was entering the building. The older girl was not up for this kind of immaturity, so she called the younger girl out, “why did you talk to him and not to me?” “We were hanging out”, the younger girl said. “Oh, so you just don’t know me, that’s what it is”, mumbled the older girl. They’ve been in class for a month and still have not spoken. Despite the ten-plus-year age gap, their signs were very compatible, but this first awkward exchange of words made matters difficult.

Later, the older girl felt like she was in the wrong. Her thoughts got the best of her, and she spoke out of intention. She knew that after that, the younger girl would keep her distance, and she did exactly that. This is a perfect example of a first impression being ruined. It demonstrates one women’s inability to keep her insecurities to herself.

You can see how one moment of bad communication affected the growth of a relationship. These two girls might actually have loads in common, but because of poor communication, they will probably never know it. This is how words stand in the way of truth and allow people to see others in a light that might not properly portray them.

Mercury in retrograde can change the discourse of a relationship. For instance, meet Trisha. Trisha has been talking to a guy from her past. They’ve tried several times to make it work, but it never went all the way, and it never worked out. One weekend, it was this guy’s birthday and Trisha went to his place for dinner and drinks. The hours carried on, and soon enough Trisha was in this man’s bed. She left happy. No regrets, but when he stopped replying to her texts, she went to email him, and then she waited a few days, had an emotional day, and sent him one too many texts. Later, she joined the app she knows he chats on, and he replied. Trish asked him to hang out (as it had been a week later) and he said, “I need to decompress alone.” This sent Trisha into a tailspin. Had she just been used for sex? Did she just catch feelings for someone who doesn’t have an emotional bone in his body? Did he not think about her when she wasn’t around? She started power messaging him. He basically said he’s not having a high-energy conversation nor is he entertaining this drama of 1000 texts. Trisha could only own her behavior, but it was clear the dude was pissed off, and even if he was replying, in a mildly kind way, he was still telling Trisha to fuck off.

Fitting into The Pack

Say you started a new job or a new school program and you are thinking that everyone is going to love you. Well at this time, it might just feel like the universe got things twisted. You might find yourself among people who give you the “no feeling”, but you are stuck with them and have to learn to love them. Suddenly your communication is on constantly, meaning that you only speak when spoken to because around these people make you feel like an alien. You wish you could disappear, but everyone is looking at you to contribute and you feel lost and alone in something that you thought would spark new relationships and friendships.

You can’t force chemistry, and you have to know that people who don’t know you are going to judge you off of things that have no value. Your inner values suddenly seem not to matter, and you realize some things in life are not meant to be taken personally.

All you can do is speak your truth. Be yourself. Stand strong in your convictions. Always try to project the best version of yourself. Think about how you would feel if others treated you the way you intend to treat someone else. Always aim for wisdom and know that sometimes the lens we hide behind prevents us from having the relationships we need and deserve. The right person will want to handle you, and the one’s not worth your time will chalk you up as trouble or call you crazy.

Either way, there is a time and a place for our words. Timing comes into play, and sometimes you have to wait for your moment. You can also focus on yourself and your own aspirations and see what you attract naturally, without having to say too much or trip up on your communication.

Regardless of mercury in retrograde, the people who are meant to be in your life will look beyond your communication to see your true intention and love you regardless. You will learn the types of people and elements that you get along with the best are the people you can truly be yourself with. Finding someone in this world who you can really open up to and talk to is not common, and this might be why there are so many quiet, mysterious people in the world. Understanding how you communicate and how others communicate, (which includes knowing what you can and cannot talk about) will simplify your life. Unless you speak up, people are going to make assumptions about you. This goes for businesses as well. The messages you relay to your consumer are very important, and how you choose to communicate does affect the quality of your brand.