All You Need To Know About Mercury Retrograde

Home » Blog » Astrology » All You Need To Know About Mercury Retrograde 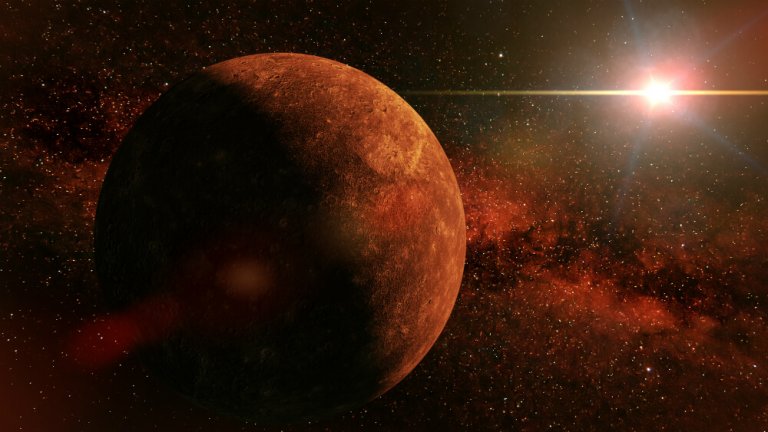 Having heard people pass remarks about “Mercury Retrograde”, you might have to get yourself disoriented or baffled. You might not know anything about astrology, but for basics, we can tell you that Mercury Retrograde is an aspect quite famous in astrology.

Mercury Retrograde is an important phenomenon which can affect your life. Being from those few phenomena that have a uniform effect on people, it deserves more attention and is given more importance. The effects of the event are always obvious.

Upon understanding the influence of the period of Mercury Retrograde in your life, you will start taking note of the phases involved. Let us see how it works and what it means to all of us.

Is It True That Mercury Moves Backward?

It doesn’t. It only appears to do so. In Mercury’s case, after three and a half week, it reversed and moves forward again.

Due to Mercury being closest to the Sun, it has a shorter orbit than that of the Earth. Three to four times in a year, it speeds past Earth causing the Mercury Retrograde period. When it passes by the Earth at a fast speed, it creates a powerful and turbulent gust of wind. This retrograding of Mercury creates the effect that we feel in our daily lives.

What goes on in the orbits in the heavens has a relationship with the activity that occurs down on the Earth. This very idea is prevalent in astrology and is a strong concept to be kept in mind.

The Areas in Our Lives That Mercury Guards On

Mercury has an effect on all the various forms of communication. These include researching, reading, learning, speaking, listening, selling, buying and negotiating etc. It also overlies its influence on agreements, contracts, wills, deeds etc.

The planet’s control also stretches over all types of codes such as computer codes, recalling and shipping etc. Upon the Mercury Retrograde, all these areas can get out of control. Why is this so? When Mercury retrogrades, it is resting. Hence, while it’s on a nap the activities under it don’t function well.

Things to Be and To Not Be Done during Mercury Retrograde

Try to avoid any important moves in this phase. Things aren’t going to settle successfully while the planet retrogrades so it’s better you do not nail down any important plan. Do not do activities that involve communications such as the launching of a website or a magazine etc.

Do not sign up any new contracts in the time the phenomenon occurs, try not to shake hands on any new agreements. Prevent closing down on the house or signing on a lease. No matter what your plans are, the environment during this phase will be unpredictable and quite fluid

Another aspect which is suggested to be avoided is the carrying out of any form of plastic or elective surgery during the times when Mercury Retrogrades. If you have an emergency, then do not worry about the rule and continue with your surgery.

Other Things to Watch Out For

What else needs to be taken care of? Try to be extra careful when you send out important documents. In the case of faxes, call the person you are sending them to and tell them about the matter. In Mercury retrograding phase, machines, computers and appliances can crash. Hence, back up your computers in the period of Mercury Retrograde to avoid any loss of important work.

Also, prevent the buying and selling of expensive items during the phase. If you are planning on a business-oriented trip during the period, try to postpone it.

Every year, Mercury favors one element over the other. If it retrogrades in an earth sign, strictly stick to limits of your budget and time. If it retrogrades in a fire sign, apply creative and innovative solutions to the problems that arise. If it is in the air sign, then carry out loads of discussions. In water signs, use of your intuition will be the best way out.

Being Born Under the Mercury Retrograde

Many Astrologers say that people who were born in this phase are immune from the happenings of it. Some people who are born in it do not agree, however. People born in these phases are said to have philosophical and reflective personalities and can think in complex ways.

Is There Only Bad To The Period?

Despite the frustrations caused, they can be useful too. They allow people to revisit, reassess, rethink and redesign our plans for good. They help us use our energies in the most positive of ways. People are also likely to find their missing objects too!

Finally, it would be wrong to assume that things always go wrong in the Mercury Retrograde Period; sometimes it can be beneficial too! Just try to know more and more about the period and act accordingly to make your life as much productive as it can be.