Which Cards of the Tarot Major Arcana Match Each Enneagram Type? 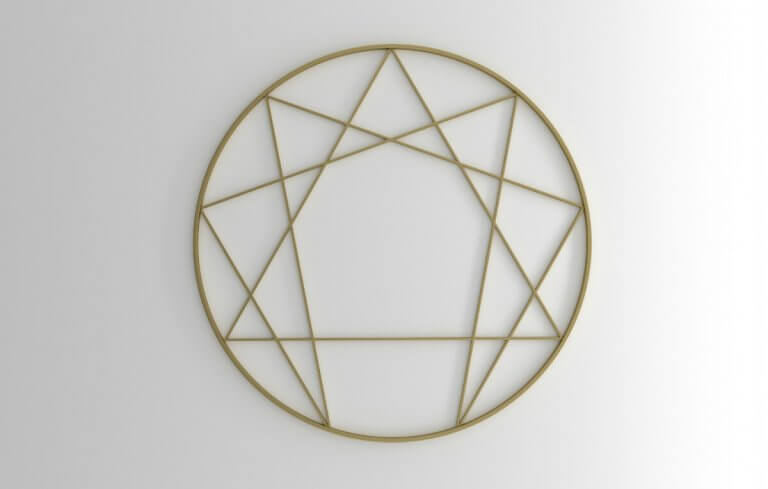 What Is the Enneagram Model?

The Enneagram model is a personality typing system that shows the patterns of how people perceive the world and handle the emotions they have. the model has nine points that represent the different personalities that people have, which shows their behaviors. It also shows how they respond to situations that are both stressful and helpful. And many people use the Enneagram for the purpose of understanding themselves, understanding others, and it is a great tool for self-development.

However, let’s take a look at the cards that can match each of the Enneagram types right now:

Those who have this Enneagram type are known as the Reformer and they are those that need to stick to the rules. They need to conform to others. They also need to be organized and do things by the book. Another term for the Reformer is the Perfectionist. And the tarot cards that are associated with this Enneagram type are the Hierophant and Justice.

Those who have this Enneagram type are known as the Helper or the Nurturer of the Enneagram, and they really do help others to the point that they tend to put their own needs aside. This type is the ultimate caregiver. And the two tarot cards that are associated with the Helper are The Hanged Man and the Empress cards.

Those who have this Enneagram type are known as the Performers or the Achievers. They are highly competitive and creating something new and elite. They are creating better versions of themselves often, and they have new ideas all of the time on how they can keep improving their lives. They tend to be the types that want to one-up others in their social circles or at their workplaces. That is why they are always looking at ways to improve and create.

The tarot card that is associated with the Achiever is the Magician. The Magician is the ultimate creator that has brilliant ideas and puts it into action just like the Performer does.

This type is known as the Individualistic or Romantic type of Enneagram. They are highly sensitive, creative, and expressive. They are also known to be quite intuitive which is why the matching card in the tarot is the High Priestess.

The High Priestess is known to be very intuitive, has hidden talents, and is mysterious just as type 4 happens to be.

The tarot card that is the perfect match for this type is the Hermit. The Hermit is about gaining spiritual wisdom and insight by staying back and reflecting on their own. They rely on themselves for spiritual guidance. However, oftentimes when this card comes up in a reading, it can also mean that the seeker should seek therapy in order to have the guidance they need in order to reflect on their own. This is the introspection card which represents a type 5.

The type 6 of the Enneagram is known as the Loyal Cynic or the Loyalist. They are the types that will struggle to trust anyone, a belief, or anything until they are given a reason to trust and then they hang onto the individual or the belief for life. They are also attached to their routine as well as prediction. This type is highly anxious for obvious reasons.

The type 7 which is known as the Enthusiast of the Enneagram is the optimistic type, that is always ready to go on a new adventure and needs to keep exploring. They are the types that absolutely enjoy traveling and will keep learning new things to expand their minds. Whereas uncertainty is something that terrifies most other types, especially the 6, the 7 embraces it.

The card that is associated with this type is the Fool. The Fool is always on the path to the unknown and is embracing that. The Fool is ready to experience anything new which is what the type 7 always wants. The Fool also embraces uncertainty because the Universe is believed in.

Those who are of this type are known to be the Challenger as type 8 must always be in control and in power. This type is always the leader and will not allow anyone else to manipulate them. They are kind to those who respect them but can be quite aggressive otherwise.

Those who are this type are known to be the Peacemaker type as peace and calmness are what the 9 represents. This type does not like friction or confrontation of any kind and also has a difficult time making decisions, and they don’t speak up either because they don’t like to ruffle feathers. This is the struggle they have.

The best card that represents the Peacemaker is Temperance. Temperance is all about patience, stability, and doing things in moderation. This is also a card that comes up that indicates that decisions need to be weighed on heavily before any are made – and this is most definitely something that type 9 resonates with.

Which Enneagram type do you think you are? If you already know your type, do these cards resonate with your type? If you think of other cards that do in the Major Arcana (or even Minor Arcana), why not share them?