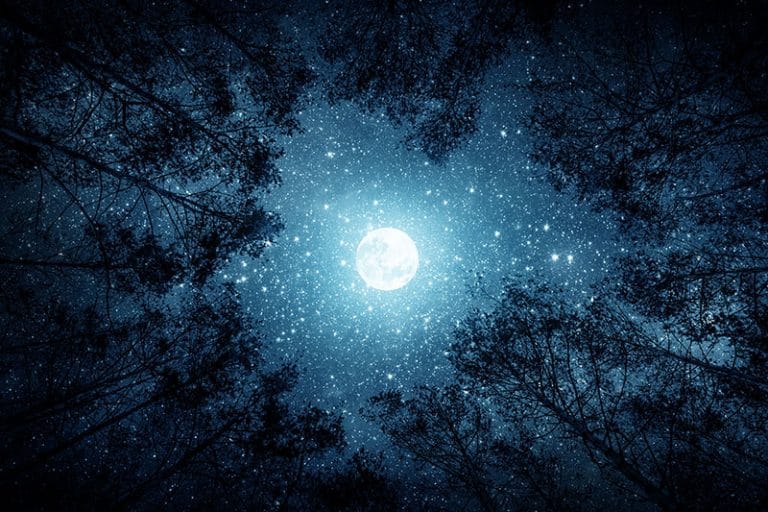 An astrology chart is a two-dimensional representation of the solar system when you took your first breath.  Points in the chart include both astronomical bodies, like the Sun, Moon, and Mercury, as well as calculated points, like the angles (Ascendant, Imum Coeli, Medium, and Descendant) and the Nodes of the Moon.

Each point represents an aspect of human personality.  The Sun is the primary drive, while Saturn represents our patterns and how we make or respond to rules.  This article will look at the Nodes of the Moon, one North, the other South.  These two points represent the spiritual goal we work towards (North Node) and the spiritual lesson we must learn to release or overcome (South Node).

Known as Ketu, or the Dragon’s Tail, in Vedic astrology, the South Node represents both an asset and a limitation in our astrological design.  The South Node is a lesson because it is a comfortable pattern we rely on too easily because it works so well for us, preventing us from growing spiritually.  Like any point in our chart, it needs to be honored properly, which means accepting the gift of the South Node with proper moderation.

The challenge arises because we can “hide out” in our South Node, resisting growth in order to feel safe.  The South Node is a place to retreat to when needed, but it is not the place to stay, energetically speaking.  I have my South Node in Libra, which makes it very easy to relate to others, to see other’s points-of-view, which is a good thing until another’s point-of-view becomes so important that I “lose myself” in the other person.

Karmically speaking, the South Node represents a past life in which the energy of the sign went to the extreme, either by choice or circumstance.  Take my Libra South Node.  At one end is the constant attempt to save others and choosing people who could not be saved, leading to my own destruction, possibly costing me my life.  On the other end, Libra rules law and judgment and can, at the opposite end, disregard people’s feelings entirely to achieve a just outcome, which is appropriate when logic and fairness apply.

Known as Rahu, the Dragon’s Head, in Vedic astrology, the North Node represents the dharma you need to move towards in this lifetime for spiritual growth.  The placement of the North Node is a learning lesson, which requires effort and discomfort to achieve.  But each time you “move towards” your North Node, you will grow, and experience success.  Activating the North Node is rather like trying a food you think you will not like, tasting it, then realizing your do like it.

You cannot understand one Node fully without understanding the other Node.  In my example above my South Node is Libra, which makes my North Node Aries.  They are exactly opposite to the same degree in your chart.  The Aries North Node aspires to learn and apply Aries energy, which is independent, maverick and focused on survival.  Where Libra chooses to “rely on others”, Aries works to rely on the self.  Keep in mind that Aries can also be a South Node and have its own issues with extremes.

But as the North Node, Aries choices will feel uncomfortable for me, but when I make them, I will see (and have seen), growth, and positive outcomes.  When I get “too cozy” with my South Node, I end up in trouble that requires more work from my North Node to get me out of it.  Most commonly, in my life, it has not been “brushes with the law”, but rather problematic relationships where I have tried to “save my partner” only to make matters worse for them and myself.

Influence from Other Points

The “drag” from your South Node or “pull” towards your North Node gets hindrance or help from points in aspect with the Nodes, especially points conjunct or merged with the Node in the same sign and near the same degree.

Imagine a bell curve or a hill separating one valley from another.  Reading the bell curve from left to right or thinking of going from the valley on the west to the valley on the east, imagine yourself at the top of the curve of the valley.  Being situated right at the top is like having your Nodes without any aspects; the pull or push to go in either direction is equal.

Now, keep in mind, that your spiritual work is to get to the side with the North Node, or to get into the valley of the east.  You do not want to “backtrack” to the South Node; that way trouble lies.  Keep in mind that any aspect to one Node is an aspect to the other Node, but aspecting is not equal.  The only “equal” aspect to the Nodes is the square, which is 90 degrees from both nodes.  In the conjunction/opposition aspect, the conjunction is stronger.  In the trine/sextile aspect, the trine is stronger.

Equally, if you have conjunctions/tries to the North Node, it can be like starting out on the downward slope of the east side, making it easier for you to get to the east valley in this lifetime.

Finding the Nodes in your Chart

Getting your chart cast by a professional astrologer or through an online site will include the Nodes of the Moon.  Once you know your Nodes, you will be able to learn one of the great patterns in your life and the constant sources of restriction and growth.