Getting to Know Jupiter in Astrology

Home » Blog » Astrology » Getting to Know Jupiter in Astrology 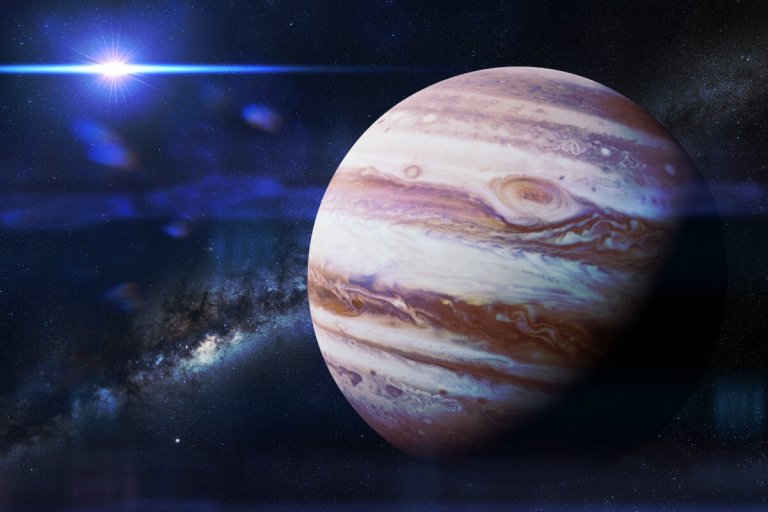 This article is the sixth in a series that looks at the many points that make up your chart when cast by a professional astrologer.  The astrology chart is a two-dimensional representation of the layout of the solar system when you took your first breath, and each astronomical point relates to an aspect of consciousness.  Not only are you so much more than your Sun sign, but each point, including the Sun, is packed with an immense amount of information that you can only get with a fully rendered chart. This article looks at the planet Jupiter.

Most people do not know any other points in their chart outside of their Sun sign.  Each major point in our solar system is represented in an astrological chart.  Before the telescope, the chart consisted of points visible to the naked eye:  the Sun, the Moon, Mercury, Venus, Mars, Jupiter, and Saturn (the big 7).  With telescopes, we added:  Uranus, Neptune, and Pluto (to make up the big 10).  Then we found Chiron, and a host of asteroids beginning with but not limited to Juno, Pallas Athene, Ceres, and Vesta.  We are going to look at all these points and many more in this ongoing monthly series.

What Does Jupiter Represent in Your Astrology Chart?

Jupiter represents the energy of expansion, adventure, and authority.  Jupiter is tied to belief and philosophy through its rulership of Sagittarius and the 9th House of Mastership.  If the Sun is the entire car, Jupiter is a frame, suspension, and body.  When we “drive out into the world”, it is our Jupiter that that determines if we want to go four-wheeling, great distances on open roads, or just to the local store and back.

When people consult with me about their astrocartography (best places to live or travel to) and what they want to be known for as “the expert”, then I will look for the Jupiter placement.  Where Jupiter is by sign and house tells me where you expand best and where you draw the world into you. If Jupiter is in a fire sign, then it is gung-ho adventure time; in Air, the expansion comes through knowledge; in earth, practical matters, and water, emotionally.

I was born with my Jupiter in Leo in the 10th House of Career, and it was retrograde.  There are no other occupants in my 10th House, so it works “on its own”.  This placement is quite strong and could easily be a placement that would lead me to pursue various kinds of public performance, but the retrograde designation keeps it muted.  I am, what could easily be described, as a situational extrovert.  For many years I taught at the university level in the English department at the University of North Carolina at Greensboro and the classroom was very much like a private theater for me.

In general, I am not a flashy or gregarious person, though Jupiter in Leo direct would certainly be.  However, when I am working, I am a very “dramatic” actor.  Even now my work has strong elements of performance, especially when I am doing tarot or oracle card readings in public.  I have a public persona that is both entertaining and informative.

The Meaning of Your Jupiter is in the Details

My Jupiter is at 25 degrees 57 minutes of Leo in a trine aspect with my Sun, which is at 23 degrees and 14 minutes of Aries.  Since Jupiter is retrograde, it is approaching my Sun even though it was “past it” at the time of my birth. These two energies work well together to boost one another.

Jupiter is in the 3rd Decan of Leo (each sign is divided by 10 degrees into Decans that shape the flavor of that point by degree position).  The first decan of Leo is Leo/Leo, the second is Leo/Sagittarius, and the third decan is Leo/Aries.  I have a Leo/Aries Jupiter. In short, I prefer “put myself out there” in an individual way.  Rather like a stand-up comic working on my own instead of being part of a comedy group.  I prefer to work in the spotlight alone, and not really on the biggest center stage (thanks to the retrograde impact).

Marc Edmund Jones, working with Elsie Wheeler, determined special meanings for each degree of the Zodiac called the Sabian Symbols.  My Jupiter is between the 25th and 26th degree, thus the 26th Sabian Symbol for Leo, which is interpreted as “a rainbow”.  The keyword assigned to this degree is SIGNIFICANCE, and the positive expression is “is a sense of very real spiritual power and presence in all personal effort and desire” and the negative expression is “uncritical acceptance of every passing hope or dream as something on which to depend” (The Sabian Symbols, 294).

Where Does your Jupiter Reside?

Last but not least, with an exact birth time, we can determine which house or “domicile” your Jupiter resides in.  In the case of my chart, my Jupiter is my 10th House of Prosperity (Career).  The 2nd, 6th, and 10th Houses are earth domiciles and relate to how we get our needs met (2nd), the skills we need to develop to get work done (6th), and what we want to achieve through work over our lifetime (10th).

With my Jupiter in Leo in the 10th House, my “way of exploring manifests through my energetic and dramatic quest for and attraction to creative and romantic accomplishments.” (Astrology Unlocked, 137). I certainly want my work to be creative, and even fun for me, with a good dose of performance as part of what I do.

If you want to know about YOUR Jupiter, really know, then I encourage you to get your full chart cast. Join me next month when we take a look at Saturn.