An Introduction to Lucid Dreaming 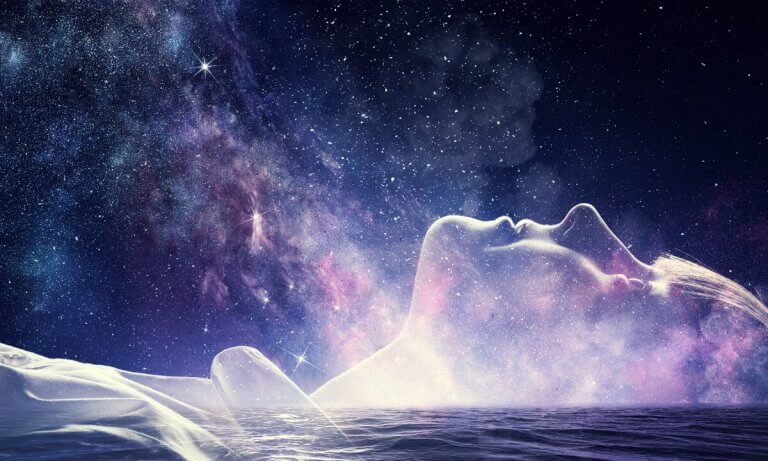 Dreams are powerful, if sometimes mysterious, ways to connect with our sub-conscious or the super-conscious of the universe. There is certainly plenty of research and information to explore the nature of dreaming, the mechanics of the brain while dreaming and the interpretation of dreams. Like any complex task, with effort, and practice, we can learn to master the task and break through the mystery. Mastering the dream world can be done by training your mind to become lucid when you are in the dream state.

What is Lucid Dreaming

One of our most common sleeping and waking habit is to wake up knowing we have had a strong dream but be unable to recall the dream.  Or, perhaps we have had a nightmare that did not stop until we forced ourselves awake. If you teach yourself to dream lucidly, then you will be able to become conscious while in your dream state, fully aware that you are having a dream.  As you can imagine, such a skill would be most helpful to pull yourself out of bad dreams before they become nightmares or allow you to more clearly remember a dream upon waking.

Training Yourself to Dream Lucidly

I became a lucid dreamer when I was relatively young, around the age of 14.  I did not know it at the time, but I had stumbled into a consistent meditation each night by being forced to go to bed before I was really tired. “In bed and lights out at 9” was a phrase I heard over and over again until I was 15.  My parents wanted their own downtime, and now that I am a parent, I certainly understand why.  So, the lights may have been out, but I certainly was not, usually for as much as an hour or two.  At first, I would try to shift positions to get comfortable, tossing and turning in the hopes of getting sleepy.

I felt as if my hand “pulled” out of my hand; the sensation was so real that it surprised me and my hand “fell” back into place.  It took a fair amount of time for me to relax enough to get the feeling to happen again. Eventually, I was able to experience the sensation of running my hand across the top of my hand. Suddenly, I actually looked forward to “lights out” and was able to “pull” my hand out more easily over time.  Then I got bold and attempted to reach upward. As it turns out I was learning to astral project. Over the course of several months, I finally got entirely outside my body and touched the ceiling.

Then an unexpected outcome happened the night after I was able to get fully outside my body, I was dreaming and became aware of being in the dream state. The dream itself started out frightening because I was in a boat and fell overboard into the ocean and could not right myself; I panicked because I started to drown.  I was desperately trying to hold my breath, and normally, the moment I could not hold my breath any longer, I would have woken up from the nightmare.  Instead, I took a deep breath, and, to my surprise, I could breathe underwater.  To this day I can still recall the sensation while writing about it now.

At the time I did not have the words “lucid dreaming” as part of my vocabulary and would not read about the phenomenon until I was in graduate school (over 10 years later).  I simply told people I was able to be “be awake” while I was asleep. Once I found some books on lucid dreaming, I discovered that I had been meditating while trying to get out of my body just before I went to sleep and I ended up training my mind to bridge the space between being fully awake and fully asleep.

The Benefits of Lucid Dreaming

Once I became aware I was dreaming while dreaming, I found many benefits in lucid dreaming. Foremost among them was the ability to stop a bad dream from progressing into a nightmare.  I still have bad dreams from time-to-time, but I have not had a nightmare since I was 13.  I am not the active lucid dreamer I used to be when I was younger, but I still have the ability to “bring myself to awareness” when I am having an unpleasant dream.  An oddly common dream connected to frustration is preparing the bar I used to work at and realizing that I do not have ice for the bin or fruit cut for drinks and we are about to open.  When the frustration gets to a certain level in the dream, I become lucid.

Another talent that developed from lucid dreaming is the ability to wake myself up out of the dream state if I feel it is necessary.  If I am having trouble shifting the dream while lucid, I learned to force myself awake.  In doing so, I can recall the richer details of the dream that might otherwise be lost if I were to complete my sleep cycle. On rare occasions I have been able to perform fantastic feats intentionally, feeling the sensations of flying or swimming underwater in very real ways. I have also experienced “super” strength and heightened senses in the dream state.

Lucid dreaming is a fascinating skill and one you can learn.  It does take quite a bit of meditation, in the beginning, to train the mind during the in-between stage of wakefulness and sleep. Fortunately, there are plenty of books available to offer guidance on techniques for developing lucid dreaming, which can be found online or in a bookstore. I can certainly say that lucid dreaming has been a boon in my life.

Understanding the Law of Attraction and How to Use it