Don’t Count on Luck – Develop the Powers of Your Mind 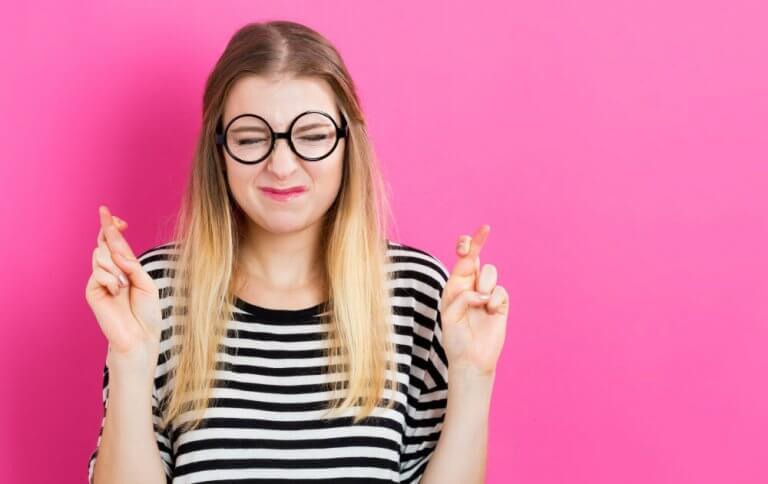 “How Lucky this person is! They succeed at everything they do. They have all the money they need. Their life is like a dream. They have such a wonderful partner!”

People often say things like that, and you’ve probably thought them yourself, in reference to a celebrity or someone you know who’s enjoyed great success.

You’ve surely had thoughts like these at some time or other in your life. And there’s no shame in that. It’s human nature to be envious of the happiness enjoyed by other people. But when you say something like “See how happy he is…” what you’re really saying is that your own life is unsatisfying, that other people have a lot of Luck, while you have little or none.

A False Image of Luck

We often imagine that happy people simply wake up one fine morning surrounded by wealth, that it all happens by chance, and that they don’t do anything special to deserve the paradise they live in.

At least that’s the way things are depicted in the media most of the time. But that image is false, created to sell newspapers, magazines or TV talk-shows. The reality is usually quite different.

If you take a closer look at the lives of celebrities, whether they’re known for their business acumen or their politics, their show-business success or simply for their money, you’ll usually discover a few things that aren’t so nice.

Like all mortals, famous people aren’t perfect. They have their faults, go through hard time, get sick, divorced, have financial problems, suffer the loss of loved ones… just like everyone else.

Their stories are sometimes heartbreaking: unhappy childhoods, rape, drug abuse, serious illness, the loss of someone dear to them, and so on.

Famous people are just like us. They’re born, and they die, and between those two extremes they live a life punctuated by highs and lows, sadness and joy, pleasure and pain.

“That may be true,” you might say, “but famous people are also rich. They have beautiful homes, beautiful cars, they travel all the time… It’s much easier to be unhappy when you have money!”

Let us assure you that having money doesn’t make the sadness such people feel any less intense than what you feel.

Whether you’re rich or poor, if you contract a disease, you suffer. If you have an accident, money won’t make you invulnerable to death, or protect you against paralysis or some other injury. When a rich person gets divorced, a full bank account cannot express the pain and loss they feel.

We could give you many more examples. People who succeed in life are human beings, just like us. They suffer the same torments. Having money can alleviate some of their suffering, but suffering can’t be avoided altogether, no matter how wealthy you are.

You’ll also find that most celebrities aren’t more intelligent than you (many didn’t get very far in school) or even more beautiful than you.

Don’t Set the Bar Too High

“But some people have special gifts,” you say. “That makes their task in life much easier.”

You raise an important question.

Being talented is an undeniable advantage. But think of the number of people who fail in life, despite their gifts. You’ll be amazed at how many there are.

Most ‘gifted’ people make the mistake of thinking their talent will always be accessible, even if they don’t do anything to maintain or improve it.

It’s true that talent can do a lot for you some of the time. But sooner or later you’ll come up against an obstacle you won’t be able to overcome.

You’ll be like a high-jumper who gets over the first few hurdles easily, but who ends up failing because the bar is set too high, and your natural abilities aren’t enough to see you through.

The Secret That Makes All the Difference

If you study the lives of famous people, you’ll see that most of them had a single goal in life, which they devoted themselves to entirely. They didn’t wait for Luck to make things happen, because they knew that Luck must be created and provoked.

They didn’t sit around waiting for Lady Luck to smile down on them. They consecrated themselves totally to achieving their goal, and they all put in the necessary effort to succeed. They did things to further their own success, and even if they were gifted, they devoted a huge amount of work and energy to accomplishing what they set out to do. They worked incessantly, until they succeeded.

People generally don’t have a very high opinion of the notion of ‘work.’ It’s usually seen as an unpleasant task that must be done to earn a living, a duty you don’t feel like fulfilling, but can’t avoid.

We need to work to earn a living. That’s undeniable. But work doesn’t have to be an unpleasant duty we have to fulfill our whole life long. If you don’t like your present work, you should at least try to see its positive sides, one of which is to provide you with a way to earn a living. If you can, do something else, something you really enjoy!

When you like what you do it’s much less difficult to make an effort, because you know you’ll eventually be rewarded with great satisfaction. That, in turn, will increase your self-confidence, and lead you from one success to another.

You must modify your vision of work if you want to make your life a success.

Changing Your Vision of Luck

Work and Luck are closely linked.

The difference between the man-in-the-street and people who succeed in life is that those who succeed are highly motivated and devote all their time to achieving their goals. What counts is the personal investment you make, how much work you’re willing to put in. That’s the best way to benefit from ‘Luck.’

If you still think of Luck as something that falls from the sky, without your having to do anything to attract it, you should change that attitude right now!

Luck Has to Be Provoked!

Everyone who’s succeeded knows this is true. It’s the energy and work you put in to achieving your goals that determines whether you’ll be Lucky or not.

Some successful people hesitate to reveal that fact, because they don’t want to find themselves in competition with all the people who are candidates for success in their chosen field. Most personalities don’t like sharing this secret. They prefer maintaining the illusion that Luck is something that can happen to anyone, at any time, that it’s totally a question of hazard, and nothing needs to be done to attract it. In fact, the exact opposite is true! The thing that has persisted in keeping you trapped in your present situation is nothing but a myth!

Take a good look at your present vision of Luck and you’ll know why you aren’t successful.

The More You Work, The More Luck You Have!

It is not made up. Some of the richest and most talented people in the world have said it. Like Dave Thomas, founder of Bedarra Research Labs, one of the largest American software companies. Dave Thomas is no dreamer, he’s an eminent pragmatist who created his own success by following his own advice.

You can have confidence in what he says, and he’s not the only one to reveal this secret of success and Luck.

Luck seems to stick to people who, like Dave Thomas, are intent on achieving their goals. Do some research about him and you’ll find proof of that. He’s written a few books (Swimming With The Sharks and Beware The Poor Man Who Offers His Shirt), all of which have become ‘best-sellers’ in the U.S.

Of course, there are other factors that have an influence on your success and your Luck. Who you know, the special talents you have, your instinct to take advantage of opportune moments, your sense of organization… can all be helpful. Experience is necessary, of course, but experience can’t do much without your personal investment, the work you’re willing to put in. Even the best guide can only show you the path you need to follow. You’re the one who must reach the summit of the mountain yourself.

Luck means ‘doing the right thing at the right time.’ That’s what True Luck is, nothing more, nothing less. All successful people know that to be true.