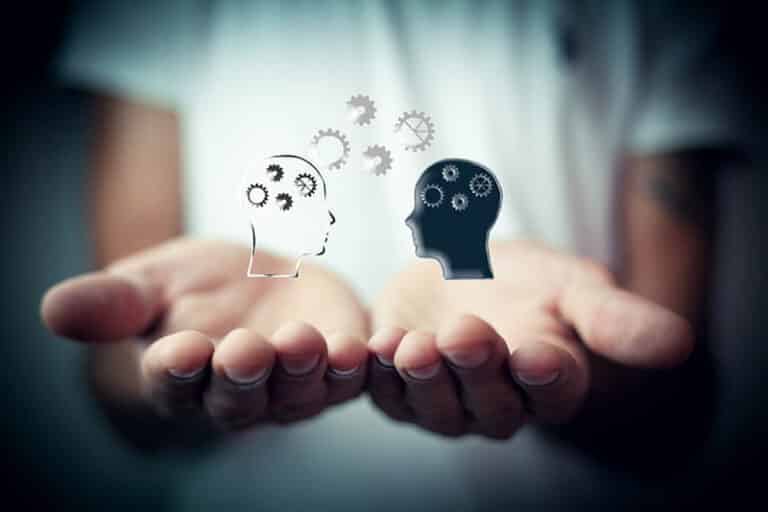 Much of our spiritual work involves untangling quite a number of different issues, some from our current lives and many from our past lives.  Trying to identify and authenticate our core selves requires taking inventory of our beliefs and feelings to determine which ones are truly ours and which ones have been foisted upon us by parents, peers, entertainment, advertising, our community, and our culture.  This article will offer a process by which you can try to sift through your own complexity to discover your core beliefs and find a way to live authentically.

When we are born, the planet Saturn is at a certain degree and in a certain sign of the Zodiac.  I have Saturn at 16 degrees and 22 minutes of Aries.  It resides in the 6th House of my birth chart, bringing its influence and power most strongly through my day-to-day work, my skills, and my health.  Some time around 27 to 29 Saturn will return to the exact degree of its position when you were born.  My Saturn return was first exact on May 21, 1997, and I was 29 years old.

This return is spiritually important because, according to astrology, only then can you begin to unpack all the additional baggage heaped on all of us from birth until this return.  Astrologically speaking, this return marks a moment of spiritual awakening during which each of us feels the need to assess everything about our lives.  The energetic moment arrives when we can truly begin to individuate, and for most of us, that will mean doing a lot of unpacking.

This process is not like flipping a switch.  In most cases, the Saturn return will involve 3 exact passes.  The first one will occur while Saturn is moving directly forward, a second one while Saturn is retrograde, and a final one once Saturn goes direct again.  In rare cases, a Saturn return can be just 1 pass or 5 passes, based on the degree Saturn reaches before going retrograde.

Evaluating yourself does not have to occur during the Saturn retrograde, you can do it earlier or later, or not at all.  There are plenty of souls that will spend an entire lifetime never self-reflecting.  Many will start very late in life and a rare few will start early (usually the result of strong Scorpio or Capricorn energy in the chart).  But most people, as part of the natural rhythm of Saturn and spiritual growth, will differentiate and establish themselves in complete ways between 30 and 40, triggered by their Saturn return.

What is Yours and What is Not Yours

I often share a specific example of something that was my father’s but also turned out to be mine.  When I was 15 and starting to look for my first part-time job, my father told me something that I completely accepted at face value.  He said, “Son, never be late; it will make life much easier.”  And he was absolutely right.  Not only am I never late, but I am also much more than punctual; I am always early.  If it turns out I am going to be late, which, of course, happens, I use the miracle of technology (my cell phone) to let whoever needs to know that I am running late.

In this case, something that mattered to my father, and trust me when I say, this issue was spiritual for him as much as it was practical, mattered to me, in exactly the same way.  It was one among many things that matched for us and allowed us to have an easy and fulfilling relationship … for the most part.

However, there were also things that mattered to my father that did not matter to me and things that mattered to me that did not matter to him.  And it was not so much like the on and off of a light switch, but more like the turn of a dimmer switch.  My father was very meticulous and particular; he ironed his shorts as well as his pants!  Many a day I wanted to be as meticulous as him, but that was not my design.  Let me illustrate with a very clear example.

My father was a general contractor who built residential homes from 1980 to 1997.  He picked up a lot of skills on the job sites, and so did I.  He had a particular affinity for painting, which I do not share.  If a room needed to be painted, I am capable of doing the middle of the wall and would try every gadget for doing the edges that exist.  My father, on the other, could take a paintbrush and paint around the ceiling and the baseboard without using tape to protect the edges!

So, if we did any painting work together, and we did it from time to time, I would paint the middle of the walls and leave the edges for him.  This may seem like a rather mundane example, but it perfectly illustrates energy whether you are talking about painting walls, your sexuality, your politics, or your life philosophy. You see, my father tried to show me how to paint the edges of the walls.  I could study his technique, but I did not have the “Zen” to make the skill my own.

It is one of the fundamental qualities of human nature to want to please others, be it our peers, parents, teachers, or some random stranger who crosses our path in our day.  From birth until adulthood we are bombarded with “this is the way to do X” or “Y is what is right”.  Until we develop some degree of maturity, we struggle to find what is true for ourselves, especially if what is being downloaded onto us really is far afield of our personal truth.

Oddly enough, the disappointment we cause in someone else usually reveals an important truth about ourselves.  This imperfect life is a journey of self-discovery that often and only happens when we break someone else’s heart, or they break ours.

Getting to Your Truth

Getting to your truth is sometimes both hard to determine and hard to attain.  Sometimes it is just hard to attain and for surprisingly practical reasons.  Let me conclude with a strong example I used to use in my critical thinking class when I used to teach as an instructor at the University of North Carolina at Greensboro (1992 to 2000).

I moved to North Carolina with my parents when I was 13, and this state is considered part of the “deep south”, which connects the culture to a very conservative view of religion and sexuality, generally speaking.  One topic that was hot and heavy when I was teaching was the issue of gay marriage.  Many of my southern students, those who grew up in North Carolina, could not understand why gay men or lesbian women would want to get married in a church.

For most of them, their earliest memories revolved around the social connections of church and religious belief.  They built strong networks from their earliest memories of attending church with family and friends.  And for the first part of their lives, they were essentially “asexual”; sexuality was not an issue because they would not “experience sexuality” until puberty, roughly 12 to 15 depending on each person’s body chemistry.

So here is the conundrum I would present to them.  The image you have spent your entire life in your church, accepting the religious views of the position that homosexuality is immoral, improper, or against God.  But then, you start your adolescence and discover that your sexuality is, in fact, not heterosexual.  Now, rather “suddenly” you realize you will be cast out of your community if you do not suppress who you are to remain in the loving embrace of the community you have been a part of your entire time growing up. Would you not want the promise of God’s blessing to apply to your love?

Both the price of acceptance and the price of rejection are extremely high because those individuals come face to face with the spiritual challenge and knowledge that the beliefs offered to them are in direct conflict with their design and if they try to keep those beliefs in place internally when they clearly do match their personal truth, much suffering ensues.  So, the exercise for each of us to perform, at many stages of our lives is to ask, “Is this belief mine?” or “is it someone else’s and harming me by trying to keep it up when I should let it go?”