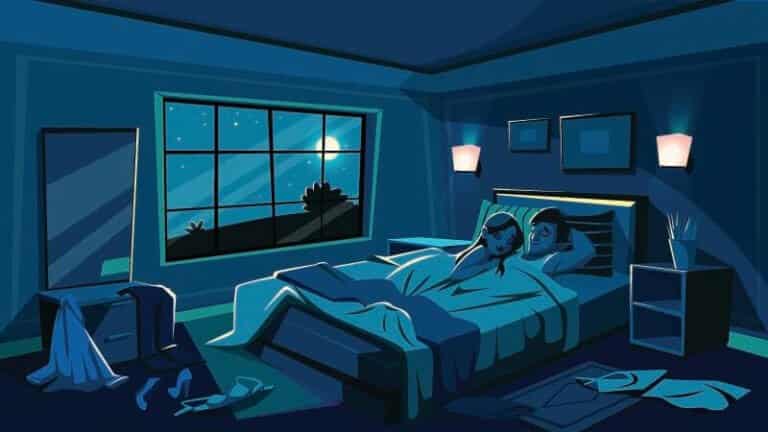 Primarily, the moon journey around the earth revealed multiple phases of the moon which is known as the ‘lunar cycle’. Every phase has its own magnetic energy that can affect human behavior in both men and women. From an astrological standpoint the moon is a female, and on the contrary, the sun is the male. This explains why the duration of the lunar cycle is like that of a female’s menstrual cycle.

Thus, the gravitation of the moon brings changes to the human body and the mind. And surprisingly, it influences your sex drive as well, so it’s safe to say that the moon influences sex too.

What is the lunar cycle?

The moon is between the Earth and the sun during this phase, so we aren’t able to see it at night.

This phase begins the lunar cycle. We see the moon in the form of a crescent at night. As its waxing, the moon looks bigger each night.

Half of the moon can be seen by this phase. It’s also the first quarter of the cycle.

The half-moon swells to make the moon more visible.

By this phase, the entire moon is visible as it glows. This is because the earth is between the moon and the sun.

This is the opposite of the Waxing Gibbous. In this phase, the moon is shrinking rather than increasing.

In this phase, the moon is half again. This is the final quarter of the lunar cycle as well.

This is the last stage of the lunar stage in which the moon is in the shape of a crescent.

How can a full moon affect your sex life?

Most people believe that the full moon influences sex in a highly passionate way and sex in a full moon is more powerful. According to Arnold L Lieber, in his book The Lunar Effect; Biological Tides and Human Emotions, he states that human body cells are most affected by the magnetic field of the moon. Women also ovulate in full moon which boosts up their sexual desires. Their skins also start to glow, and there is a whole new level of confidence developed which is a huge attraction to most men.

To counter this, people tend to have aggressive sex in this phase to channel their sexual energy. It is also a great way to spice up things in bed. Moreover, the full moon is one of the most romantic times of the month and sex is almost in the air. Sex in this phase is usually more physical than mental where people are just enjoying now regardless of their emotions which, in some cases, are not up to the mark.

The new moon is a time to experience new things and go on new adventures with your partner. This is also applicable in case of sex as new moon influences sex in a completely different way. Couples usually try new things as curiosity gets the best of them. In the case of single people, it is the perfect time to let go of the loneliness and start dating someone.

Partners like to spend evening time with their significant other, maybe excite them with a date or a surprise. This excitement surely amplifies your sex drive. Ezzie Spencer, who is a Ph.D., writes in his book, Lunar Abundance, that the new moon gives rise to a feeling to touch ourselves which is, in turn, an important time to groom ourselves and not to mention, sex. This night is dark which amplifies this feeling, and most people rediscover their bodies and pursue a physical sensation.

Lunar cycle affects sexual mood in different ways. After the new moon and its energy, the first quarter is a perfect way to start up from wherever you left before. It is also a great opportunity to solve the problems you are having despite the new moon. It gives a chance to adapt yourself to the changing circumstances and the sexual desires of your partner.

Communication is a two-way function so if you will talk to your partner about any problems you’re having and make sure to listen to theirs too. It’s important for you two to respect each other as the moon influences sex you will have a healthy sex life in this lunar phase.

Last Quarter and your Libido

Since the first moon, the sexual energy has usually been absorbed by now. This is a phase where people do not usually perform sexual activities and instead, they rest for a while, waiting for a new moon.

Dating in this phase is not usually recommended because people would likely push you away. It is also the end of the month, and people are usually busy with other chores. As the lunar cycle would be coming to an end, the sexual activity will come to an end also so we can again say that the moon influences sex.