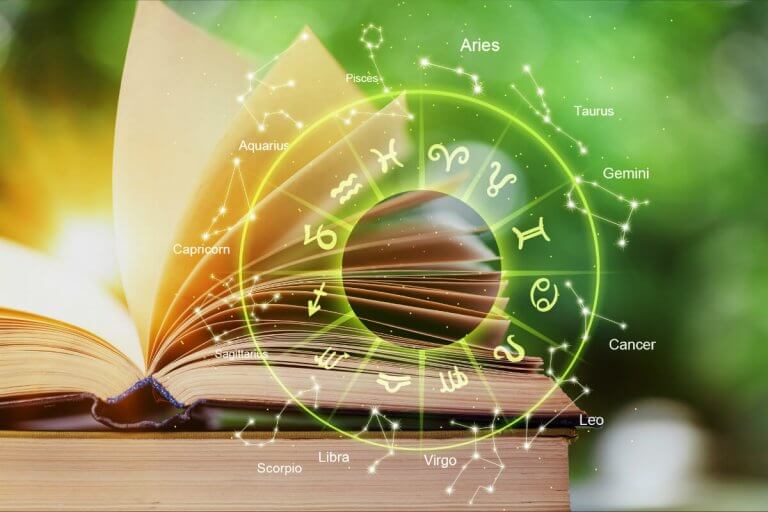 Astrology has a long history, dating back to the beginnings of civilization.  Almost every culture has a form of astrology, foremost among them are Western astrology, Eastern/Vedic astrology, and Chinese Astrology.  In its beginnings it was a source of knowledge and expertise for nations and their rulers; only recently, historically speaking, did it develop into a personal tool for everyone.

In the 1930s the first astrology columns appeared in newspapers in England and the first-star sign horoscope, as we know it today, was published in 1937 in the Sunday Express by R. H. Naylor.  Most of us discover astrology when read our first daily horoscope at some point in our lives.  This article will share my discovery of the depths of astrology and its impact on my life.

Like many people of my generation (born 1968) I first encountered the world of astrology through the daily horoscope in the newspaper, which was delivered daily to the front door of my home when I was a teenager in high school. Since I was born on April 12, Aries was the sign of my personal horoscope message.

At that time in my life I was an avid comic book collector and the two biggest publishers, then and now, were Marvel Comics and DC Comics, Spider-man/Captain America and Superman/Batman respectively.  My love of comic books interwove with my love of mythology and the tales of King Arthur and the Knights of the Roundtable.  Superheroes, myths involving Gods and Goddesses, literature about kings/queens/knights/ladies, and astrological personality types all expressed human archetypes in distinct ways.

While a teenager, astrology was just something that piqued my interest, but never really held my attention.  It was not until I graduated from college in 1989, at the age of 21, that I found myself in a local bookstore, Walden Books, when I came across a new section in the store called “New Age” that had two tarot decks, a book on astrology (Linda Goodman’s Sun Signs), a few books on dreams, and so on.  It was not really a section, but more of a “shelf” of New Age books.

I pulled the Goodman book out and read through it and was rather disappointed.  When I read the section on Aries, I did not see much of myself in the description.  When I read about other signs, I did not see much by way of Taurus, Gemini, Cancer, Leo, or Virgo.  But when I got to Scorpio, I found a lot that made sense, as did the next chapter on Libra.  Then, for the remaining signs, not so much again. I bought the tarot deck and left the astrology book on the shelf.

Fast forward to 1992, I had completed my master’s degree in English, had been accepted into the PhD program in English, and started teaching beginning composition courses that fall in my first semester as a PhD student.  Sometime in that period, I found out about a New Age bookstore that had opened up near the campus called White Rabbit Books (from a mere shelf in 1989 to an entire store in 1992).  By then I had really developed a deep and continuing passion for tarot cards and wanted to see what decks I could find at the new store.

Happily, I found quite a few decks, but I also found a much wider selection of astrology books, including the one I passed by three years prior.  I picked up again, flipped through it, the same result.  But I also picked up another book, one that was clearly more complex based on what I could see in the table of contents and the first chapter.  It was Alan Oken’s Complete Astrology.  This book explained and detailed the casting of an astrology chart, which was a calculation for the layout of the solar system when a person was born.

This book I bought; it spoke to my academic mind.  At that time in my life, I did not crave simplicity, but rather complexity.  I wanted to crack the code I saw in the first example of a fully cast chart.  I bought the book, poured over the material, and “hand cast” my chart (this was pre-internet, pre-astrology software days).

Once I had my chart in hand and I went back to Oken’s book to read the interpretations of all the information, which included the position of my Moon, Mercury, Venus, Mars, Jupiter, and Saturn.  I calculated four angles (the Ascendant, Descendant, Imum Coeli, and Medium Coeli), which provided even more information.  And that’s when astrology really “hit me”! I mean full-on, WHAM!

If you think it’s amazing to get some insight from your daily horoscope, you have no idea how much more amazing it is to have your chart fully cast, studied, and interpreted.  It is the difference between floating in your bathtub and floating in the sea, between flirting and making love, between a cracker when you are hungry and a seven-course gourmet meal.

What Astrology Can Really Do for You!

Remember above when I said that I read some of each chapter of Linda Goodman’s book to get a feel for all 12 signs, finding my own Sun sign interpretation fairly weak and imprecise.  And I also pointed out that I found Scorpio and Libra explanations made sense, actually more sense than the Aries description.  Well, after doing the calculations and reading Oken’s book I discovered why.

As it turns out my Moon is in Libra and my Ascendant is Scorpio.  And while I do have my Mercury, Venus, and Saturn in Aries, I also have my North Node right next to my Sun, which means that I am LEARNING TO BE an Aries in this lifetime.  The reason I did not connect with the Aries description in the Goodman book is a result of more complex interactions in my fully rendered chart.

I also found out I was born during a Full Moon and a Lunar Eclipse, so my Sun and Moon oppose one another, which means that the South Node, which is directly opposite the North Node is as close to my Moon as the North Node is to my Sun, emphasizing Libra attributes even more powerfully than the combined “might” of the Aries points.

The explanation of my Ascendant or Rising Sign as Scorpio also explained why people took me seriously even if I was not trying to be serious; yet another explanation that made sense of something about my lived life that looked nothing like anything I read about Aries. Discovering astrology meant going well beyond the Sun sign, which today is easier than ever.  The chance to learn about your complexity and to gain tremendous insight will be found when you learn the position of your Moon, and Mercury, and all the other points important to your chart.

This tool is simply one of the best for plumbing the depths of our psyche and soul, and with a fully rendered chart, you can see just how complex and COMPLETE you are.  For a visual coup-de-grace, check out the four charts below: 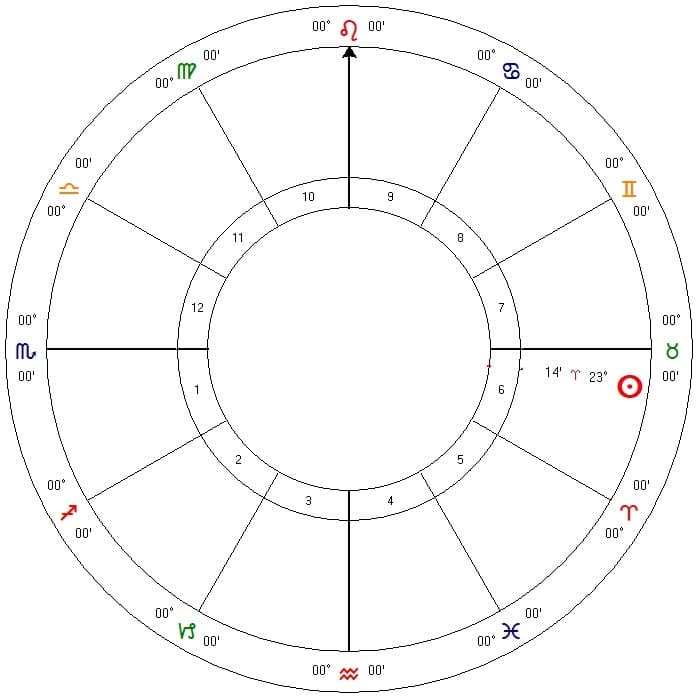 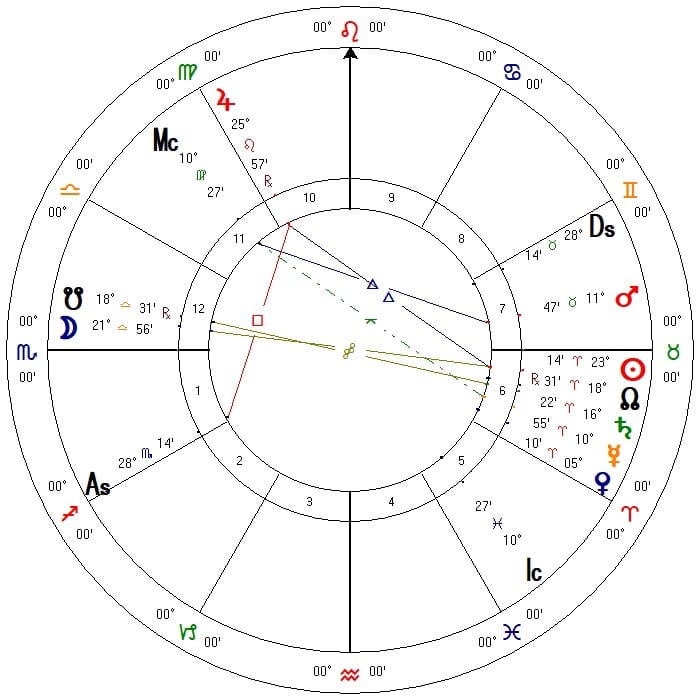 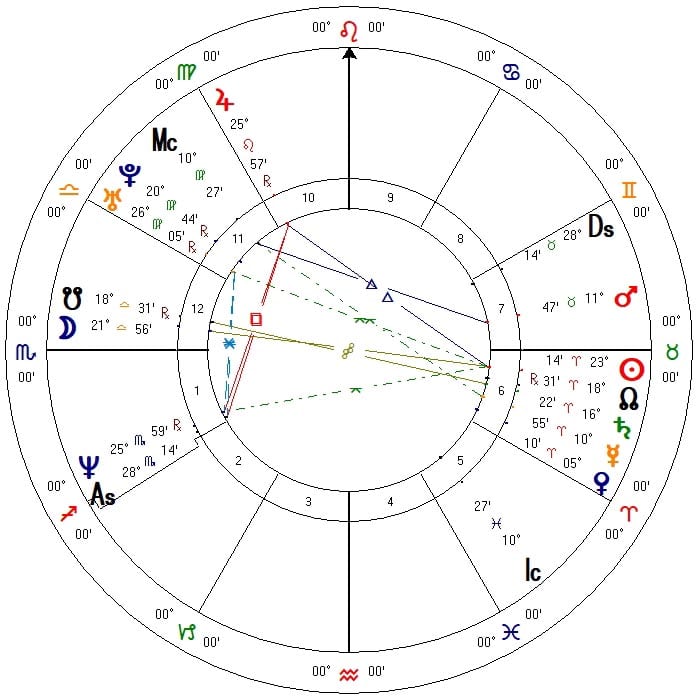 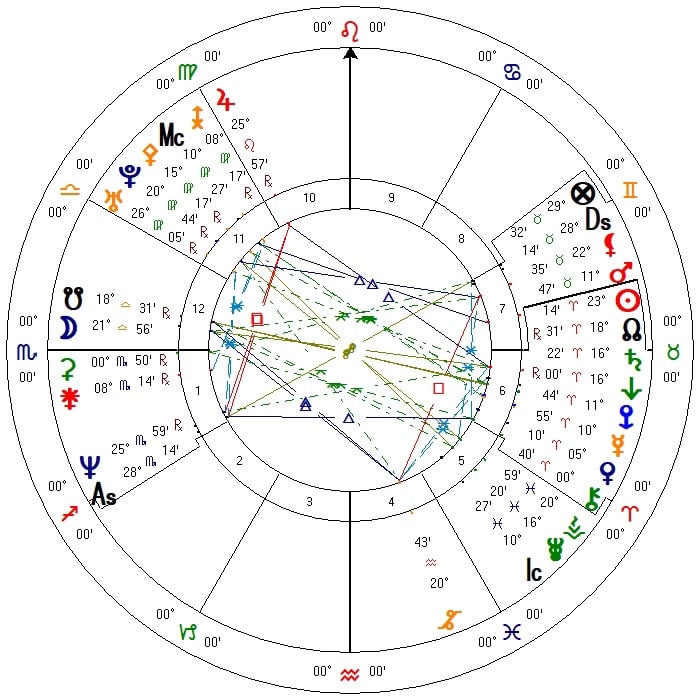