Did Psychics Predict the Coronavirus Pandemic? 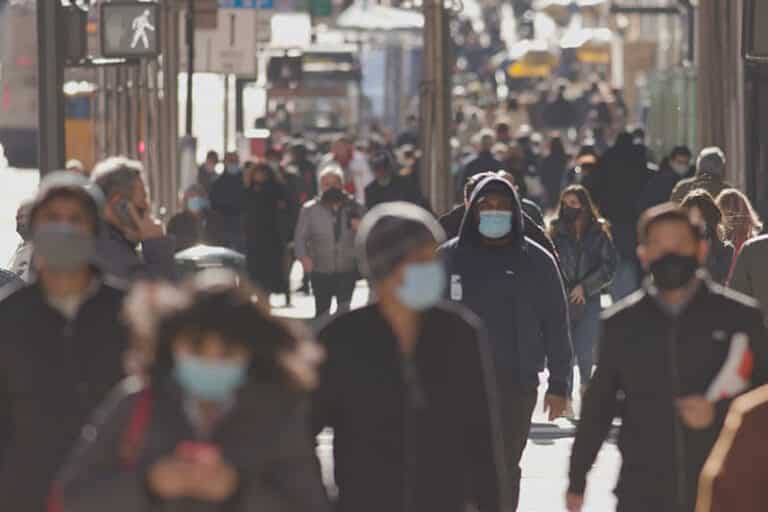 Social media is buzzing with reports that psychics predicted many years ago the 2020 Corona pandemic, also known as the Covid-19 outbreak. Is this true? If so, how long ago did they predict the Covid outbreak? Have these same psychics said when the coronavirus pandemic will end? These are all burning questions and we’re going to answer them here!

Sylvia Browne Speaks from the Grave

Sylvia Browne, a psychic of great renown, was born Sylvia Celeste Shoemaker in Kansas City, Kansas in 1936. She died in 2013 but her words live on through her forty books and interviews. One of her books in particular has caused quite the stir during the Corona pandemic, especially on social media. Sylvia was considered quite a credible predictor, even by those who don’t normally seek out psychic guidance because she appeared numerous times on the very popular daytime show, the Montel Williams Show, and also on Larry King Live during prime time. She also had quite a following in the radio world too, hosting her own programs and appearing on popular radio talk programs like Coast-to-Coast AM.

In 2008, about twelve years before the Covid-19 pandemic hit, Sylvia Browne published a book entitled, “End of Days: Predictions and Prophecies About the End of the World.” Her words about a global disease in this book are so uncannily accurate they seem hauntingly eerie to many. So much so, in fact, that her book has risen recently to the number two spot on the New York Times Best Seller list. It is rare for a book this old to do so but we are indeed living in extraordinary times.

Here are Sylvia Brown’s words about the pandemic exactly as she wrote them so you can judge for yourself if she truly did predict the Covid-19 pandemic:

“By 2020 we’ll see more people than ever wearing surgical masks and rubber gloves in public, inspired by an outbreak of a severe pneumonia-like illness that attacks both the lungs and the bronchial tubes and is ruthlessly resistant to treatment.”

This passage has blown up on social media, especially given the fact that she predicted the exact year this would happen, 2020. Naysayers point out that when she was writing this book, the SARS pandemic was in full swing, so she wasn’t predicting anything new. However, SARS was never as globally widespread as Covid-19, nor was mask-wearing so broadly used in almost all nations. Further, the fact she got the date correct is really what seems to get people going and wanting to read not just this book but others she wrote.

When Did Sylvia Brown Say the Viral Pandemic Would End?

Since Sylvia was so accurate in her prediction of the year 2020, people of course want to know when she thought the viral pandemic would end! Well, here it is in her own words”

“This illness will be particularly baffling in that, after causing a winter of absolute panic, it will seem to vanish completely until 10 years later, making both its source and its cure that much more mysterious.”

So, she seems to think that it will vanish in 2021 but reappear ten years later, making the reappearance in 2032. We will all be waiting to see whether or not this comes true. Regardless, it is good news that most scientists assume that we will have an effective vaccination long before this, so we should be okay if Sylvia is proven right again and Covid-19 rears its ugly head again in a decade.

Was Sylvia Browne the Only Psychic To Accurately Predict the Covid-19 Pandemic?

Well, likely not, at least for those of us willing to believe that some psychics don’t always call themselves psychics but still we hear from them. Dean Koontz may fit this bill. He is one of the most beloved science fiction thriller authors today. He has shown an avid fascination with paranormal themes such as psychic channeling, time travel, and the supernatural as they show up in many of Koontz’s books. To some, the details of his books in this regard seem so accurate and so believable that he seems to have the mind of a clairvoyant.

In Koontz’s bestselling book entitled, “The Eyes of Darkness,” Koontz describes a biological weapon carried into the United States by a defecting Chinese scientist as “Wuhan-400.” He says it was developed “at their RDNA labs outside the city of Wuhan and it was the four-hundredth viable strain.” This version of the book was published in 2008, so again, about twelve years before we have a global pandemic of a virus that in all likelihood originated in Wuhan China! Some have even theorized that this is where Sylvia Browne got the idea for her book, but the timing does quite match if you look into the details. So, it appears we have one psychic predicting the year and potentially another “psychic” predicting the origin.

It should be noted that Koontz published an earlier version of the book in 1981 under a pen name (he wasn’t as famous then and published many books under a pen name and then later republished these same books under his real name). In this earlier version of the book, the only difference was the deadly virus was referred to as “Gorki-400” rather than “Wuhan-400.” Dean Koontz has evidently received many inquiries about why he made this change and why he called the deadly virus this in the first place but so far, he has not responded. It would be fascinating to hear him address it. Hopefully, a reporter will also ask him point-blank if he believes he has any psychic abilities? Has he ever had any premonitions?

There are people who are psychic but either don’t realize they are or don’t want to share their gift with the world. In Dean Koontz’s case, perhaps he has found a unique way to share his psychic gifts! In a 2006 interview with ABC News, fans submitted their questions to Koontz. One reader asked if Koontz planned to continue with the supernatural elements to which he replied in part, “I seem to be trending in that direction these days.” and then he goes on to say that he writes whatever inspires him. Could undeclared psychic gifts be inspiring Dean Koontz?

Since Sylvia is no longer with us, it isn’t possible to interview her to find out precisely what she meant by her prediction in her book, “End of Days: Predictions and Prophecies About the End of the World,” or even what inspired her prediction. It would be interesting to know the exact circumstances and in what context the spirits may have revealed this to her. It is rumored that many of Sylvia Browne’s books were ghostwritten, i.e., written by someone else but credited to her, or co-written with a ghostwriter. It would be fascinating to find out if there is a ghostwriter for this specific book and who this person is. They may know the information many on social media have been pondering about for months! HOW did she predict the date, 2020 for a global viral pandemic that would be so resistant to all known medicine and make the whole world mask up?

We’ve all heard about the various predictions of the infamous Nostradamus. Many do seem to come true, so much so that several documentaries have been made about these predictions. However, naysayers claim that Nostradamus’ predictions were actually quite vague. These same naysayers believe that we are just reading too much into them, making current or recent past events fit Nostradamus’ predictions. However, this really can’t be said of Sylvia Browne’s prediction of the year 2020 when the current global pandemic hits. This detail seems way too accurate for it to just be our imaginations getting the better of us. Koontz’s prediction of a “Wuhan-400” virus seems eerily too accurate for that as well.