Skip to content
Home » Blog » Horoscopes » How Trustworthy the Zodiac Signs Are? 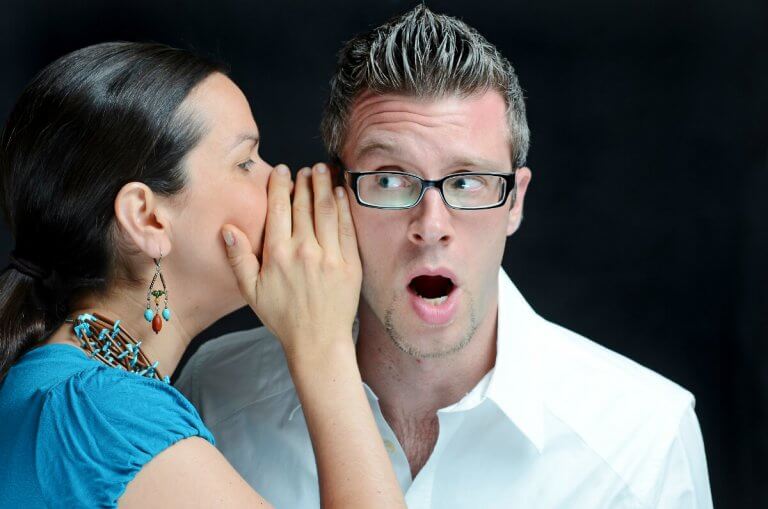 Are you dying to tell someone who you feel is trustworthy a secret because you cannot keep the big stuff in anymore? If someone is not a therapist whereas they must keep your information as a secret (unless it crosses any type of line of course), you will want to think twice before revealing anything that you would not want to be repeated.

The best way to determine that is to learn about what signs of individuals you can share your secrets with, and what signs to be cautious! Let’s find out now.

Aries is the first sign of the zodiac and it is a fire sign that represents action, impulsivity, and passion. And the same way that the Aries individual is impulsive when it comes to action, they are the same way with words. That means those who have this fiery sign are not going to be able to keep a secret very well, if at all.

The only way they may be trustworthy is if they have secretive signs in their personal horoscope which will help tone this down, which will be covered as each of the signs will be.

Taurus – Secrets Will Only Be Shared if Necessary

Taurus is the second sign of the zodiac and it is an earth sign that rules stability, security, a love for the material, and routine. Those who have this sun sign are loyal which means they are not very likely to spill your secrets if you tell them something in confidence. However, the only times that they will not keep a secret is if a secret that someone has affects one of their friends or loved ones.

Remember that the Taurus individual is loyal to those who they care about the most. If your secret affects them, then they will not keep quiet. Otherwise, it is safe with them.

Gemini is the third sign of the zodiac and it is an air sign that represents communication, versatility, and movement. And because of the fact that Geminis are naturally inclined to chatter it up, they can gossip and spill some secrets. Most of the time if they share a secret, it is by accident and there are no ill-intentions. They just can easily forget that they were told not to share something by someone and will talk about it anyway.

Cancer is the fourth sign of the zodiac and it is a water sign which represents nurturing, a love for family and home, as well as emotions. And Cancers really do care and would want you to tell them anything that is on your mind because they only want to help. However, even though their intentions are good, and they do intend to keep your secrets – if they are having an emotional moment and your secret is tied into what is causing it, they will spill it because they won’t be able to help themselves. With that said, you may want to consider how personal you want to be with a Cancer.

Leo is the fifth sign of the zodiac and it is a fire sign that represents playfulness, youth, and being in the spotlight. And since Leos like to have fun, gossiping is something they tend to do. Especially the women and even more so if they have Gemini in their horoscopes as well. If you tell them a secret before you know it, their inner circle will know as well, and can easily spill out beyond that.

Additionally, if they have big goals and you tell them a secret which could help them achieve those goals, they will use it to their advantage and not even consider that they should have honored it as a secret. In other words, the last sign to trust when it comes to keeping secrets is Leo.

Virgo – To Withdrawn and Too Reserved to Share Anything Personal

Virgo is the sixth sign of the zodiac and it is an earth sign that represents analyses, health and work, and paying attention to detail. Those who have this sun sign are too focused on worrying about their own work and health and are not at all concerned about sharing your secrets with anyone. Besides, those with this sun sign are quite loyal and they want to do the right thing.

Unless your secret has anything to do with doing something on someone else’s expense, especially if it comes to someone who they care about – your secret is very safe with a Virgo.

Libra is the seventh sign of the zodiac and it is an air sign that represents beauty, fairness, and socialization. And you would think that the Libra would be excellent at keeping secrets, considering they are all about balance and fairness, and would not want to end up in a position where they would want conflict. Libras do not like conflict.

However, the thing is, Libras love to socialize and love to gossip, and they can easily forget that the secret you tell them is supposed to be kept a secret. In other words, without any intention on the Libra’s part, your secret will be out there for this reason alone. And don’t expect the Libra to be found anywhere to face you after you are finding out. They hate conflict!

Scorpio – It Depends on Where You Stand

Scorpio is the eighth sign of the zodiac and it is a water sign that represents intensity, passion, and ironically, secrets. However, that does not always mean the Scorpio will keep secrets because it all depends on where you stand with them. If you are in Scorpio’s good books, you will not only be protected in general, but your secret is safe with them.

However, if you are in the Scorpio’s bad books, then you better watch out. They will be after you and your secret will be spilled. The lesson is if you are in a Scorpio’s good books now, make sure you stay that way by never upsetting them.

Sagittarius – It Is Safe Because it Will Be Forgotten

Sagittarius is the ninth sign of the zodiac and it is a fire sign which represents optimism, exploration, adventures and having fun. You would think that the Sagittarius would be notorious for never keeping your secrets. However, there is a good chance your secret is safe with the Sagittarius. It is not because they will honor it. It is because it will go through one ear and out the other.

Capricorn – Your Secret Will Be Taken Seriously and Be Kept

Capricorn is the tenth sign of the zodiac and it is an earth sign that represents business in general, organization, and anything that is serious. And that means if you have a secret to tell a Capricorn, you can trust him or her to keep it. They will respect that it is a secret and will not spill it. They will not even use it to get to the top unlike the Leo would because they have the ability to find hundreds of other ways to get there without doing so at your expense. Your secret is safe with a Capricorn.

Aquarius – Never a Reason to Spill Your Secret

Aquarius is the eleventh sign of the zodiac and it is an air sign that represents innovation, individuality, uniqueness, and rebelliousness. This is a friendly sign, but they only make known what they want to make known and rarely get personal with anyone unless they are in a position to end up in any type of relationship.

With that said, this friendly sign will also respect any secret you tell them because they understand that everyone has secrets. The Aquarius has many that they would not want to be revealed. Again, they only reveal what they want, and they will not be interested in revealing your secret. They stay away from gossip as well because it is too superficial for them. You can feel safe with sharing your secrets with an Aquarius.

Pisces – They Intend to Keep but Can Forget Easily

Pisces is the twelfth sign of the zodiac and it is a water sign that represents art, dreaminess, intuition, and emotion. Those who have this sun sign always has the best intentions, but they are not grounded enough to remember everything that is said to them. However, that does not mean the Piscean will forget any secret you tell them.

They may easily forget that what you tell them is supposed to be kept secret and may accidentally spill it. They will feel terrible after finding out that they should have kept your sensitive information quiet. However, it is not a good idea to tell a Pisces any secret that you would not want to be circulated. They can easily forget that what you told them was that – a secret.

If you have told people secrets who have signs that are not trustworthy but have actually proven to be trustworthy (or vice versa) – their moon and rising sign, and even house placements would have had a huge influence on that as well. And that is also something to consider when you are thinking of sharing a secret with someone.

In other words, before revealing something about yourself to one person that you would not want the world to know – find out what you can about the one who you plan to share something very sensitive with before doing so!