6 Crystals You Should Be Using in Your Feng Shui Practice 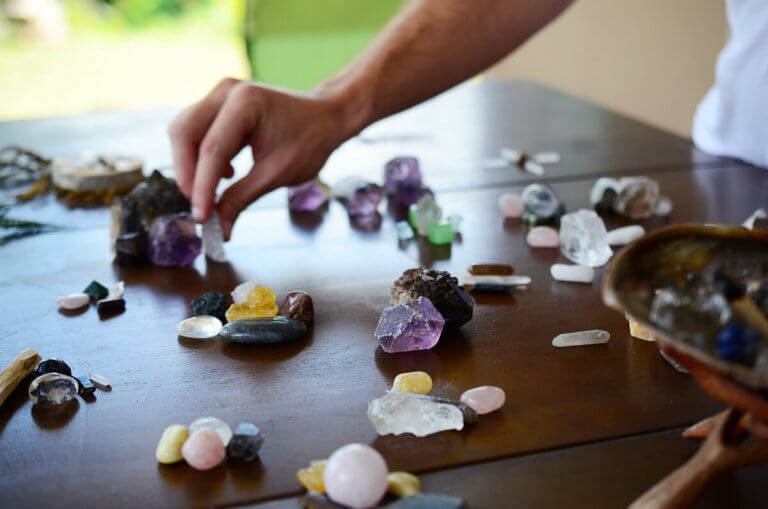 For ages now, crystals and gemstones have had quite an impact on the social, economic, and general lifestyle of man. Back when nobody knew their value, these stones were kept as treasures to show and incorporated in family heirlooms. Over time, with the industrialization and commercialization of everything, gemstones too have gone on to form their market where they are traded today as mere stones of value.

However, in the contemporary mystic world, gemstones have had a lot more traction than just being pieces of decoration. These stones are believed to possess powers that can contribute to their specific forms of energies, particularly in Feng Shui, which is the Chinese branch of mysticism. Here, we have 6 particular crystals that have a special place in the Feng Shui within the Chinese culture.

You may have heard of this crystal before. Amethyst is a stone that is native to the countries of Brazil and Uruguay. However, the rarest of Amethyst comes from the lands of Russia. In Feng Shui, Amethyst has been used for centuries, becoming a crystal very close to the heart of those who practice. Feng Shui practitioners use Amethyst in particular to harness its qualities of purification.

The most primary of examples where Amethyst is used is in households or workplaces lacking basic unity. It can help rid of all negative energy and bring harmony back into the fold. The best areas to place Amethyst in your house for Feng Shui are generally the living rooms because every member of the household tends to pass through them. Having them in your car can be beneficial too.

Feng Shui enthusiasts have long lauded jasper for its warmth. In its true essence, jasper can help a person, or even a group of people, to stay together and committed to any kind of goals that they want to achieve in life. In Feng Shui, Jasper is a crystal for all those people who tend to grow wary of things pretty quick, as it keeps you determined and all set to go.

While it is most commonly worn as a jewelry item in Feng Shui, there have been instances of jasper being used as a decorative item in houses as well. In the Buddhist culture, in particular, small figurines of the Buddha have also been observed, made in jasper.

While most of the crystals and stones in Feng Shui tend to focus on achieving stuff through inner powers, Pyrite breaks the tradition by making sure that one keeps an optimistic and positive attitude while doing it. It is also believed to help its wearer in making better calls of judgment and always stay in a clear state of mental awareness. Both students and business owners have found luck in particular with Pyrite.

Feng Shui associates Pyrite with wealth in particular. And experts say that it is best used as either a cluster or a cube. One may even get a décor vase made of Pyrite, and it will get the job done according to Feng Shui too.

Rose Quartz comes in a very beautiful, homely shade of pink. And thus, it is naturally attributed to the symbol of love. The best thing about rose quartz in Feng Shui is that it works both ways. Not only does it help a person achieve love, but it also helps in getting over lost love. One may find a lot of carvings done in rose quartz to place in their house. These range from mandarin ducks to simple shapes of the heart popular all over the world.

Another great usage of rose quartz is for your children’s bedrooms. In western cultures, where children tend to sleep away from their parents even during their first four to five years, there could arise troubles where they find it hard to fall asleep. A rose quartz carving or crystal can easily help quell that problem.

This is a stone that is usually reserved for the Eastern markets as far as Australia when it comes to sourcing. However, the best turquoise is believed to be harvested from India. Due to its natural color, Feng Shui has always had turquoise represents the element of water. Similarly, on the same lines, turquoise has been associated with the attraction of wealth and also a natural guard of one’s mental and physical health.

Feng Shui practitioners especially insist on having turquoise placed in children’s or teenagers’ rooms, for them to harness the energy right from the start, giving them a head start in their careers for tomorrow. It is also important to keep the turquoise in a place where sunlight does not affect it, along with protecting it from all kinds of scratches because a worn-out crystal is not considered good according to Feng Shui.

The Black Obsidian has had many mentions in books of old mythical knowledge as well as myths that continue to circulate in the modern world. However, in Feng Shui, you can find a definite solution to all problems concerning the north Bagua area, which the area that strongly relates to the energy of direction and the career that you intend to take in life.

Traditional Feng Shui usage of Black Obsidian involves putting them in a glass bowl and leaving them out in an area where most of the family members are expected to pass through. The living room or the kitchen are two of the best places for such placement. Another way is to get Feng Shui carvings from Black Obsidian and use them in your houses as decorative pieces. It is important, however, to get symbols carved that you associate with and find peace with.

Feng Shui has been in practice for centuries now and continues to be the primary source of positive energy in the world. It is only beneficial for the general public to make use of these crystals to reap the many positive energy radiations that they continue to give out.

12 Reasons Why the Law of Attraction Fails to Work