Connecting with the Goddess Athena 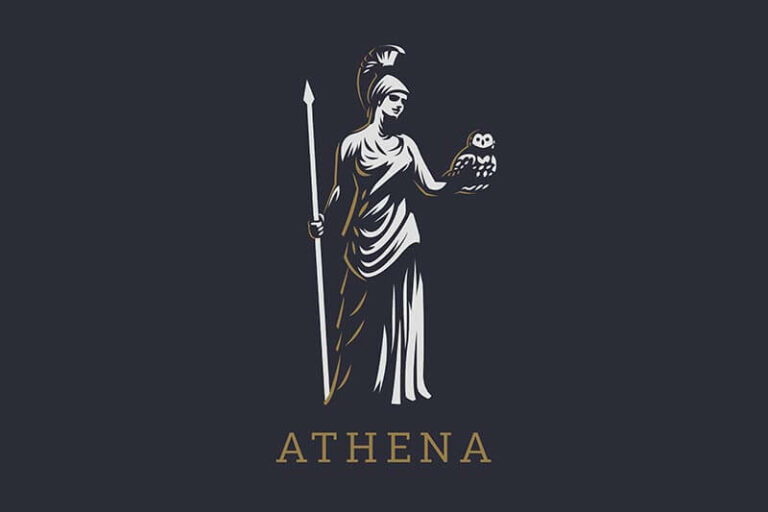 Throughout history, in modern times, and across cultures, gods and goddesses have played key roles in people’s beliefs. They have been and are invoked in prayer and meditation to help a person or society receive wisdom and provide grace in the area overseen by the deity. This article, and the ones that follow, will look at various deities, their roles, and how to invoke them as guides and benefactors. The deity for this article is Athena, the Goddess of Wisdom and Warfare, from Greek mythology.

Athena is one of the major deities of the Greek pantheon, whose origin is very unusual. She was not born from the womb of a woman; instead, she burst from the skull of Zeus, as an adult, in full body armor. She had no childhood and remains a virgin, having no lovers among the gods or humankind.

She did have a mother, the Titan Metis, the first wife of Zeus, who was prophesized to have a son who would be greater than their father. So, Zeus consumed her to prevent her from giving birth to his child. While existing within Zeus, she did give birth, but to a daughter, whom she equipped in full armor before her child forced her way out of her father and into the world.

She is a stern figure, who eschews emotions in favor of logic, strategy, and cold calculations. Greece’s most famous city, Athens, was named after her. Considered more ruthless and dangerous than Ares, she wins by outthinking and outmaneuvering her opponents. However, she is also known as a lethal fighter, more than capable of besting any of the other gods and goddesses, with the possible exception of her father Zeus.

In tarot she is often depicted as the figure on the Justice card, holding a sword and scales, like the example below from the Mythic Tarot by Juliet Sharman-Burke.

Here is her card in the oracle deck, Goddesses and Sirens by Stacey DeMarco:

Her symbols include her shield, the Aegis, which was given to her by her father Zeus. On the shield was the face of a gorgon, which could turn opponents to stone. She is alternatively shown with a sword or spear, the most common weapons of war. Her sister Artemis is famous for using a bow and arrows. She is almost always depicted with a helmet on and in full body armor.

She is also most often referred to as “grey-eyed Athena” in poems and stories, which had to do with the distinctive quality of her eyes, like those of an owl, rather than the actual color. She was known to be able “see the truth” in any situation. And, she has fruit as one of her symbols, the olive, which played an essential role in the diet and economy of Greece, and still does to this day.

Lastly, Athena is the goddess best aligned with Libra, the sign in the Zodiac represented by the scales and which rules the 7th House, the domicile of law, and legal matters. If you wish to know your astrological relationship with Athena, you can look to see if any points in your chart are in Libra or the 7th House. Also, there is an asteroid you can calculate into your chart, Pallas, the second asteroid discovered after Ceres. Its placement in your chart correlates to how you best use strategy in your energetic design.

You would choose to invoke Athena when you need clarity about a situation or relationship. Keep in mind that invoking Athena means asking to see a situation and a person for what they “really are”. If your invocation is successful, Athena will grant you her clear sight and you will be able to see if a person is honest or dishonest, supporting you or using you. She will show you whether or not a decision or contract is fair and balanced or working against your favor.

All deities are available to us. Some may prove to be spiritual council members for us, while others serve as temporary guides or best fulfill a specific request.

You can ask Athena’s guidance for a specific request, such as, “I enjoyed my first date with [person’s name], but is this someone I should continue dating? Please help me see clearly if this someone who would be wise for me to continue dating.” If you decide to ask for a specific request and she is not a member of your council, then be sure to make a proper sacrifice or payment ahead of or during your request. You may honor her by purchasing or gifting olives, particularly ones grown and produced in Greece. Or you can swear to perform an act of service aligned with her interests, by helping others with decisions that are fair and just.

You can ask her to be a temporary guide through a legal process, say the purchase of a home or in the matter of a dispute. The greater the request, the greater the honor, so instead of purchasing a single jar of olives, you might need to purchase a case, then distribute them to others as gifts. Be aware that Athena will not be concerned with what you want in terms of desire, but rather what you should expect in terms of fairness and justice.

If you recognize that Athena is a member of your council, she should be acknowledged as the head of your council or the most important advisor to whoever leads your spiritual council. She should never have a lesser role than leader or second-in-command.