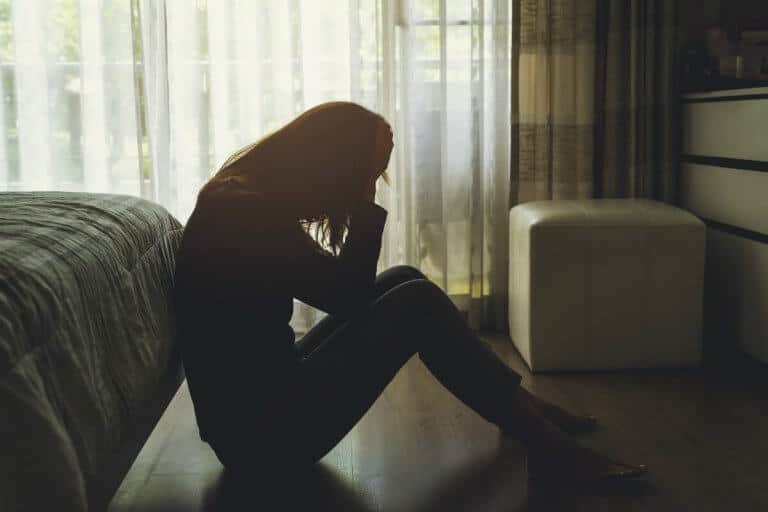 With four hundred million people worldwide diagnosed with depression, it’s no wonder that antidepressants are among the most widely prescribed drugs, even though they are well known to have serious side effects. In fact, it has been well documented that antidepressants elevate the proclivity of some people to commit suicide! Yes, the very medicine that is supposed to make a person feel happier drives many people to suicide. This is one of the main reasons that reiki is seen as an interesting alternative to taking antidepressants.

Reiki Is Mild Compared to Pharmaceuticals

Reiki is a very gentle energy therapy that can be performed by a trained reiki practitioner or can be self-administered after just a bit of training. Very few people ever experience any negative effect from reiki, and the negative effect in those few who do is relatively mild and goes away within two weeks in almost all cases. Reiki is relaxing and can restore one’s sense of balance, thus giving one a more positive and balanced outlook on life.

Reiki also gives the depressed person an opportunity to connect to a caring healer. The power of this should not be underestimated because many depressed people withdraw from their family and friends and this can put them into a vicious cycle where they stay depressed. Reiki can provide much needed interpersonal interaction while also becoming gently reenergized. This combination can give a depressed person the ability to participate in social interaction again. Even Dr. Oz, the now infamous doctor on daytime TV, recommends reiki to his patients after heart transplant surgery because they tend to get depressed. Reiki is gentle enough to be performed even before a heart transplant patient has healed, unlike many, if not most, antidepressants!

Among the most stressful jobs on the planet are those in the healthcare industry. Think about it. People who work in medicine see misery, even death, on a very regular basis. Sometimes they can help but sometimes they can’t. The ones they lose takes a huge toll on their psyche. Healthcare workers also tend to work really long hours with few if any breaks which mean they have little time to even process a loss. This is why so many healthcare workers suffer from depression and burnout!

A 2011 study published in the journal, Biological Research For Nursing, focused on the changes in PHYSIOLOGICAL factors associated with mood and depression after reiki therapy rather than relying solely on subjects taking a carefully crafted survey as so many other depression-related reiki studies have done. Twenty-one female nurses who worked in the emergency room of the San Cecilio University Hospital in Spain were recruited for the study.

Key physiological tests taken were salivary cortisol levels, salivary flow, heart rate variability (HRV), and body temperature. A baseline of each was determined before the reiki sessions for both a control group and the experimental group. The control group received “pretend reiki” from a nurse who had been shown the various reiki hand movements but who had no healing intention nor had this person been attuned or received any professional training on reiki. The experimental group received reiki from a reiki professional with more than fifteen years of experience.

Just a single short reiki session in the experimental group who received real reiki from a trained experienced professional produced a marked result. The heart rate variability and the body temperature went up. Cortisol levels remained level. This is a sign of a relaxed state and improved mood. Increased body temperature shows a lowering of the metabolic rate and the health care professionals were less depressed as well. These dramatic results were not seen in the control group who received pretend reiki.

Another key reiki study on the effect of reiki on depression was published in 2004 in the journal, Alternative Therapies In Health And Medicine. The researchers were able to track the LONG-TERM effects of reiki reducing depression.

A total of forty-six people, all clinically depressed, took part in the study. They were split into three groups:

All forty-six participants were given one hour or more of reiki therapy per week for a total of six weeks. It was a full-body reiki therapy session each time. Standardized questionnaires were used to evaluate the participants before, immediately after, and then one year after treatment.

Remarkably, there was a significant improvement in both the hands-on reiki group and the distance reiki group. However, the control group that got fake distance reiki saw no significant improvement. Also remarkably, the participants who had received real reiki, both hands-on and distance, continued to demonstrate a marked improvement in their depression compared to those individuals who had received real reiki, both hands-on and distance, a year after the reiki sessions ended, even though the researchers expected that there would have been a decline in effectiveness of the reiki after a year! Note too that the distance reiki had been administered by reiki therapists more than a hundred miles away.

What Do These Studies Teach Us About Treating Depression with Reiki?

First and foremost, there is definite evidence that reiki does help those suffering from depression. Other studies have been performed too that show the same positive benefit following reiki sessions, as long as the reiki is performed by a trained reiki practitioner and not just someone going through the hand motions of reiki.

The idea that reiki must be performed as a “touch” therapy is false. Reiki is so powerful, when it is performed by a reiki professional, the effect can travel through space.

The ability for reiki to lower depression is longer lasting than even scientists working in the field thought possible. Of course, each person is different in their personal response to reiki but it is possible to take reiki therapy on a vacation or during some flex time and reap the benefit from reiki all year.

Reiki could be a simple solution to reducing depression and stress in any hectic work environment — or perhaps for busy moms and dads who dearly love their kids but become depressed because of burnout. Businesses would do well to provide their employees with free reiki therapy sessions.

Many people think of the physical benefits they’ll receive with reiki therapy. However, the mind and body are interconnected through the ki energy that runs through our bodies. In this sense, Reiki is a holistic approach. While conventional medicine usually seeks a single solution to a specific medical problem, reiki provides therapeutic relief that positively affects the entire body. Thus, if you seek reiki therapy for depression, you may be pleasantly surprised to find your menstrual cycles become regular again, your recurring headaches are gone, that pesky pain in left foot is gone, and your energy level is at an all-time high!