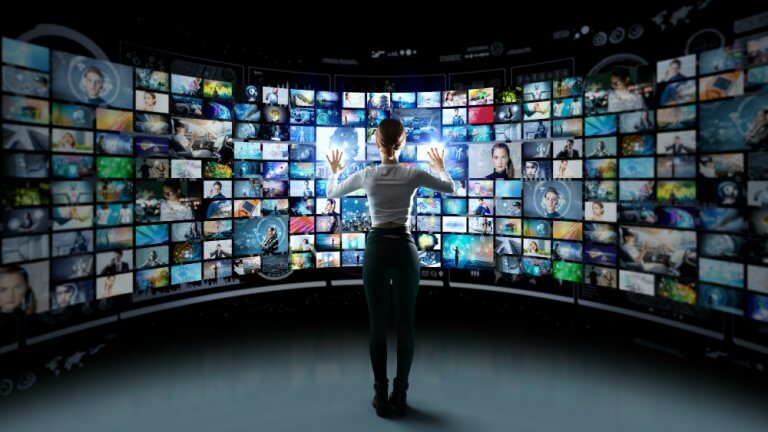 It goes without saying that to chill, you need Netflix. Netflix reigns our television, but the problem, however, is which show to watch among so many popular shows. Our choice mainly depends on our personality and the ones we like we always relate it to ourselves, which is why the better understanding. By applying the science of astrology, we have compiled a list of popular Netflix shows to watch according to your zodiac sign.

Aries is courageous, determined, and confident people. They tend to be more productive when they are focusing on their goals and does not compromise on it. The best Netflix shows that Aries must watch is none other than Jessica Jones. The Marvel Jessica Jones is a story about a woman who doesn’t remember who she is but in her presence, she is self-aware who with clear determination stands up on her own feet to fight life and everything that’s in it.

Taurus the bull sign might seem like a bull charging through every situation, but they are quite smart and calm. Though impulsive and short-tempered, they always mean well. They are hard workers and work their best to make things happen. This entire personality trait resonates with the hit Netflix show “Orange is the New Black.” the show is about a group of women trying to build their lives away from home and their struggles encountering hardships meanwhile they remain loyal to each other.

Gemini is known to be resourceful and smart. They never get worried in the face of worry instead devise plans to tackle the situation. They can learn quickly and are easily adaptable to a situation. The Netflix show “Glow” is one show every Gemini should watch. It’s about wrestling and how strategically one can evade and tackle all the trouble inside and outside the ring.

Cancer is tenacious and hardworking by nature. This means they usually don’t give up, and their ambition always carries them away to higher places. Apart from that, they are compassionate and emotional too. Their EQ is way higher and can cause them to make hasty decisions at times. Netflix shows popular shows have “The OA” on their list which genre is sci-fi. It revolves around how feelings and relationship in our past can be the reason that can shape our present and future altogether. A must watch for cancer.

Leo nobility makes them very lovable among zodiac signs. Their kind and gentle nature, along with down to earth personality, are what makes them excel in life. They usually don’t have skills, but their personality can blow everyone away, which is why they possess leadership qualities.  The Netflix shows that could best fit Leo’s perception to be entertained is none other than “Bodyguard.” The Hit British TV series by Netflix possesses all the natural qualities Leo admires and has, loyalty, bravery, and intelligence.

Virgo’s practicality is what distinguishes them from the rest. They are always loyal to their cause and do not compromise on their ambitions. Yet their kindness is much appreciated by everyone.  The Netflix show “Lovesick” has a similar disposition in which the main character always tends to fall out of love and cannot be consistent. But through self-realization, he discovers the meaning for true love to occur through sheer hard work.

Libra is the most cooperative bunch of all zodiac signs. They are fair-minded individuals with a balance in life. They do not make a rash decision and always try to bring harmony in whatever they do. The Netflix show “Black Mirror” portrays the horrors of the near future and the ultimate survival in it. It constructs a possibility on how to balance your life in situations like that and maintain a better surviving opportunity.

Scorpio is individuals who always stand up for what’s right and never shy away from braveness.  However, they can be stubborn at times and might not listen to what others have to say. Their energetic approach towards life and forward thinking makes them unique. The Netflix series “Stranger things” is already everyone’s favorite but for Scorpio who likes to go deep into mysteries it’s a must watch the show.

Sagittarius is the philosopher of all zodiac signs. Their idealistic world view and sense of humor will intrigue you. They have a generous and kind heart. The best Netflix show to watch if you are a Sagittarius is an absolute mind-boggling “BoJack Horseman.” Though it is an animated cartoon, its humor is brilliant and on point. It will give you all the laughs but will also tell you the other side of the story, which deals with depression and anxiety. Like a Sagittarius thinks about the ideal world and its consequences similarly, these TV shows put all those ideas into action.

Capricorn is the lovable zodiac sign whose discipline and good manners will make you want to follow them. They have a very charming personality due to their kind and caring attitude towards others. Furthermore, Capricorn main quality is their focus on goals for which they sacrifice a lot. Netflix series “The clown” addresses all these concerns and shows the struggle of the main character coping with it.

Aquarius is the optimistic lot of zodiac signs whose altruistic nature allows them to make a better change in the world by helping others. “Dear White People” is a Netflix show based on a few black people attending a white college and how their struggle to make a better impact changes their lives and of those around them.

Pisces people are romantics. They are highly intuitive and imaginative by nature. Their wise nature allows them to experience love in the best way possible. They will make a perfect audience for the Netflix show ” Love.” It will let them see how much a person can change emotionally through life, experiencing love.