What Are the Best Movies for Virgo?

Home » Blog » Horoscopes » What Are the Best Movies for Virgo? 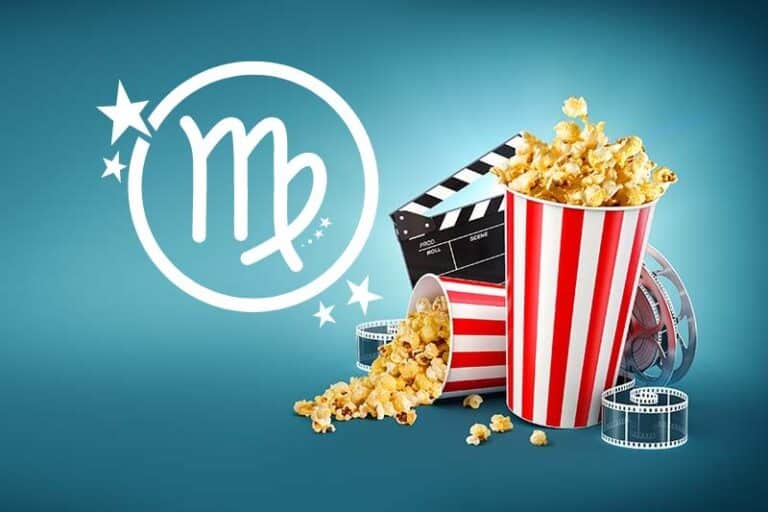 Each astrological sign expresses itself and perceives the world in certain ways, which means each one will enjoy the many different genres of entertainment in particular ways. This series of articles will suggest an example movie from different genres for each astrological sign. The plot and characters exemplify the qualities each sign would enjoy. This article will be about the movies for Virgo.

Virgo is the mutable earth sign of the Zodiac, so movies for this sign should include witty dialogue, practical problems/solutions, and excellent acting, with storytelling taking advantage of ensemble casts, local settings, and well-defined characters. Mercury rules this sign and focuses on the joys of the everyday, so movies about differing points of view in mundane and ordinary life will appeal to people with this Sun sign.

Quick synopsis from Google.com: “After losing his job at a steel factory, Gaz (Robert Carlyle) learns that his wife wants to sue him for missed child support payments. Desperate for money, Gaz and his friend Dave (Mark Addy) decide to create their own male strip-tease act. The two friends recruit four more men, including their former foreman (Tom Wilkinson) and a security guard (Steve Huison). The group promises that their show will succeed because they are willing to go “the Full Monty”: completely naked.”

Virgo appreciates clever humor, well-written and well-acted. They also appreciate a movie that succeeds without mainstream actors. Despite being a comedy, the film tackles serious subjects including: unemployment, depression, impotence, homosexuality, body image, working class culture, parental rights, and even suicide. This mix of comedy and drama is ideal for a Virgo viewer.

Quick synopsis from the-numbers.com: “After the death of his father King George V and the scandalous abdication of King Edward VIII, Bertie, who has suffered from a debilitating speech impediment all his life, is suddenly crowned King George VI of England. With his country on the brink of war and in desperate need of a leader, his wife, Elizabeth, the future Queen Mother, arranges for her husband to see an eccentric speech therapist, Lionel Logue. After a rough start, the two delve into an unorthodox course of treatment and eventually form an unbreakable bond.”

The story involves overcoming a disability that would prevent the new would be King from succeeding, even though he had the mind for the role and responsibility. The interpersonal dynamics and outstanding performance of Colin Firth will keep a Virgo viewer enthralled from beginning to end. The careful attention to the detail of the speech impediment and how it was overcome, would be particularly interesting to a Virgo viewer.

Quick synopsis from Google.com: “When former U.N. investigator Gerry Lane (Brad Pitt) and his family get stuck in urban gridlock, he senses that it’s no ordinary traffic jam. His suspicions are confirmed when, suddenly, the city erupts into chaos. A lethal virus, spread through a single bite, is turning healthy people into something vicious, unthinking and feral. As the pandemic threatens to consume humanity, Gerry leads a worldwide search to find the source of the infection and, with luck, a way to halt its spread.”

Dealing with a pandemic, and a unique one at that, the movie is also something of mystery that uses science to solve the problem. Brad Pitt plays the lead role and the movie takes place across the globe, which is another part of it that Virgo will appreciate, seeing how different cultures are shown and how they deal with the problem.

Quick synopsis from the-numbers.com: “The momentous journey of an overprotective clownfish named Marlin and his young son Nemo—who become separated when Nemo is unexpectedly taken far from his ocean home in the Great Barrier Reef to a fish tank in a dentist’s office. Buoyed by the companionship of Dory, a friendly-but-forgetful blue tang, Marlin embarks on a dangerous trek and finds himself the unlikely hero of an epic journey to rescue his son—who hatches a few daring plans of his own to return safely home.”

The movie is certainly a visual spectacle, but Virgo will love it for the special relationships among Nemo, his father, and Dory, a forgetful fish who ends up the traveling companion of the father who is searching for his lost son. Another movie where one of the lead characters, Nemo, is different due to a disability, but who overcomes through intelligence, skill, and a positive attitude.

Quick synopsis from Google.com: “Deckard (Harrison Ford) is forced by the police Boss (M. Emmet Walsh) to continue his old job as Replicant Hunter. His assignment: eliminate four escaped Replicants from the colonies who have returned to Earth. Before starting the job, Deckard goes to the Tyrell Corporation and he meets Rachel (Sean Young), a Replicant girl he falls in love with.”

Even though the movie came out in 1982, it still holds up in the special effects department, and is now considered a cult classic of film noir. Lead Harrison Ford delivers a gritty performance in an inhospitable future city where he has to track down the fake humanoids. Ridley Scott is a master of detail, giving every frame poetic beauty that a Virgo’s critical eye will appreciate.

Quick synopsis from Google.com: “Young Cole Sear (Haley Joel Osment) is haunted by a dark secret: he is visited by ghosts. Cole is frightened by visitations from those with unresolved problems who appear from the shadows. He is too afraid to tell anyone about his anguish, except child psychologist Dr. Malcolm Crowe (Bruce Willis). As Dr. Crowe tries to uncover the truth about Cole’s supernatural abilities, the consequences for client and therapist are a jolt that awakens them both to something explainable.”

This movie has a slow, methodical pace that keeps the audience tenuously balanced on the edge of their seat until the very end. Virgo will appreciate the careful way the story unfolds and how the mystery is built and eventually uncovered.

If you select these films to watch with your Virgo friend, partner, or lover, they will be pleasantly impressed with your choices.