Astrology in the Movies 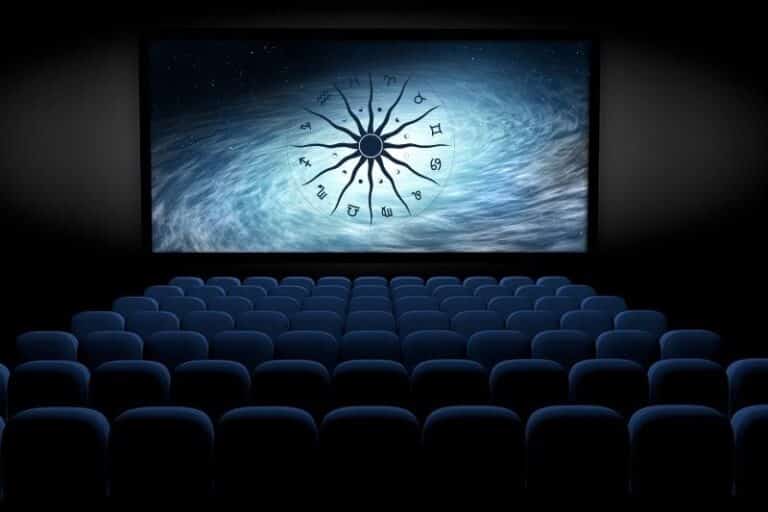 Astrology references appear throughout popular culture, in television shows, movies, fiction novels, and advertising. References go as far back as the early days of film and television and appear throughout the works of Shakespeare and various stories in classical literature. With astrology’s ability to capture the imagination, it has only grown in popularity. This article will look at astrology in the movies, both in titles of films, as themes in films, and quotes by the characters.

Numerous films have references to astrology in the title, mainly using a Zodiac sign name. Oddly enough there are no films with Aries, Taurus, Cancer (that are not documentaries or using the medical condition, not astrology as the theme), Leo, Virgo, Libra, Sagittarius, and Pisces in the title. There are several crime thriller and horror films with Zodiac in the title.

Films with Gemini in the title include:

Films with Scorpio in the title include:

Movies with astrology themes are not common. Often astrology receives a humorous or passing reference, but some movies do have astrology as part of the fictional world-building.

Synopsis: “Mei Lee Ling, an astrology expert, tells one of her fellow passengers on a ship, that he will die within two days and the next day he is dead. The police suspects that Mei does know something, but she doesn’t. But to clear herself she offers her help to solve the murder. Soon she and the police find themselves in a web of crime and false identities.”

This film is a murder mystery starring Anna May Wong. Twelve characters in the movie represent the 12 signs of the Zodiac, framing the plot as the characters work to unravel who committed the murder.

Synopsis: “One man’s journey to disprove the theory of astrology leads him to answer some bigger question about life, love, fate, and destiny.”

When his birthday horoscope predicts a wonderful day but instead the day turns out to be a disaster, the lead character played by Cam Gigandet sets out to disprove astrology by finding three people born at the same time and in the same place to test his theory about astrology; drama and romance ensue.

Synopsis: “A man searches the world for a set of mystic artifacts. The twelve bronze heads of the animals from the Chinese zodiac.”

A Jackie Chan action, adventure comedy where Chan’s character searches for priceless bronze heads of the animals of the Chinese Zodiac to prevent a Western entrepreneur (Oliver Platt) from getting them.

Synopsis: “A young man has only ten days to locate his soulmate as dictated by the stars, otherwise he could lose a fortune. He thus embarks on a journey through love, looking through twelve girls to find the one who fits his horoscope.”

Best Astrology Quotes in the Movies

The 4 Main Astrology Forecasting Methods to Tell the Future