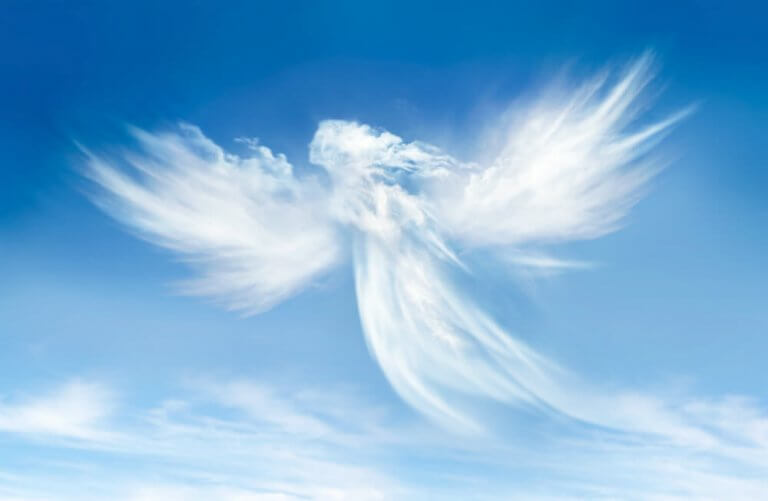 Some have called the Tarot ‘The Devil’s Picture book,’ but where did this sinister nickname come from? How did it come about – and what about the Tarot’s Angels?

The Tarot as we know it today began as a game of chance; ‘Tarrochi,’ played in the courts on northern Europe, during the Renaissance, mid-fifteenth century, when the power of the Church was far greater than it generally is today in the west.

Tarot today represents a booming publishing industry with new deck designs coming out all the time.  But the imagery of many new decks still draws on these historic roots, reflecting the culture, art, and literature of the time.

Then there is the notorious Devil card.

Public Domain, the Devil with his captives, from the Rider-Waite Tarot

A Tarot deck represents a storybook of the total possible human experience, good or bad. In more superstitious times, people feared that if you spoke his name, the Devil would appear. And they feared that the act of even attempting prophecy by consulting with a reader might be seen by the Church as a sin, depending on which verse of the Bible they had read on the subject. The Bible makes several references to prophets, some condemnatory, others not.

Like the Death card, like every other card in the deck, The Devil card has a job to do, helping the reader understand the situation of the person being read for. The Devil card can, for instance, alert the reader to the fact that the person being read for is struggling with possibly extreme issues and extra care is needed here. There may be an obsession in a relationship or problems to do with alcohol or substance abuse. The Devil can indeed be talking about very difficult, even dark things…but only because these situations are real and already present and are troubling the person requesting the reading. The reader may sense this, and may then drawn the Devil card, reflecting what they have sensed.

But the Tarot is only a mirror. It does not create the thing it detects, and the angels of the Tarot’s Aces are messengers serving the highest good. Let’s take a closer look at these four great angels. The 56 Minor Arcana cards of the Tarot deck are organized into four suits representing the Elements, Earth (Pentacles), Water (Cups) Fire (Wands) and Air (Swords).

Each of these suits is ruled by its Ace, and each of these ace cards is associated with an archangel, and every ace offers an opportunity for some kind of a fresh, new start.

The Angels of the Tarot’s Aces

Angel Uriel and the Ace of Pentacles

The angel Uriel represents the Ace of Pentacles, the north, the element of Earth, and the corresponding Zodiac earth signs, Taurus, Virgo, and Capricorn.

Wikipedia; Uriel, and the Ace of Pentacles, Rider-Waite

Uriel, ‘Flame of God,’ is the angel of earth and his colors are red, gold and amber.  He signifies self-trust and having confidence in your own wisdom of decision-making. Uriel can be fierce. He “stands at the Gate of Eden (Nature) with a fiery sword,” and guards the gates of Tartarus or Hell, battling the hordes of evil. He is also the archangel of salvation, protects the newly dead and frees the souls in purgatory to let them pass safely to heaven, working alongside the archangel Michael on this job. Uriel is also the angel of poetry and patron of the arts, often shown carrying a book or a papyrus scroll.

Angel Gabriel and the Ace of Cups

The angel Gabriel represents the Ace of Cups, the west, the element of Water, and the corresponding Zodiac water signs, Pisces, Cancer, and Scorpio.

Gabriel, ‘Strength of God,’ is the angel of water and his/her colors are white and silver. Gabriel is one of the two archangels specifically named in the Bible in both the Old and New Testament, the other being Michael. S/he is God’s messenger. Often portrayed as female; she may be holding a trumpet and is the patron of ‘soft’ (interpersonal) communications; writers, teachers, journalists, and artists. S/he helps in overcoming fear and procrastination in all difficult communication, and in areas related to children; conception, pregnancy, childbirth, and child-rearing.

Angel Michael and the Ace of Wands

The angel Michael represents the Ace of Wands, the south, the element of Fire, and the corresponding Zodiac fire signs, Aries, Leo, and Sagittarius.

Wikimedia: Epstein’s Michael and Satan, Coventry Cathedral, and the Ace of Wands, Rider-Waite

Michael, ‘Who is like the Lord,’ is the angel of fire and the south, and his colors are all shades of blue. This might seem out of keeping with his fieriness, but his fire is blue lightning, and his angelic legions wore the armor of blue lightning. Michael figured as the greatest and most revered of angels in many scriptures and spiritual traditions. In Muslim lore, he is the angel of nature who provides food and knowledge to Humanity. Michael is the protecting saint of police officers and law enforcement agencies around the world. You will notice that St Michael is looking pretty pleased with himself here. He has cast down the Devil, got him nicely tied up, and the Devil is looking pretty unhappy about it, even if it is only for the time being.

Angel Raphael and the Ace of Swords

The angel Raphael represents the Ace of Swords, the east, the element of Air, and corresponding Zodiac air signs Aquarius, Gemini and Libra.

Source: Wikimedia Commons: Raphael and the Ace of Swords, Rider-Waite

Raphael, ‘Healing of God,’ is the angel of air and of the east and his colors are all shades of green. Archangel Raphael is the angel of truth, wholeness, healing, body, mind, and spirit. Raphael is the rain-man, responsible for precipitation, medicine, also science, mathematics- and music. Many hospitals are named after Raphael in Latin speaking countries today. Raphael will not intervene to prevent a timely death. His war is against prolonged suffering of pain. Raphael is very curious, fascinated by humanity’s innovations, rather like Odin in Norse lore, and like Odin, likes to mingle with Man, traveling earthbound in disguise. He is reputedly the most approachable of the archangels, and travelers call on his protection.

No responsible Tarot reader will ever frighten anyone with dire predictions which may well not come true. The future is not a lump of concrete waiting to fall on our heads. The Tarot detects the most likely probabilities, but this does not take away your power of free will, and your options to change direction if you do not like the forecast. The task of the tarot reader is to shine a new light on a situation, to clarify what might be useful, and to help lighten a load of a fellow traveler, in navigating a few of the twists and turns along the road.