8 Signs Your Third Eye is Opening 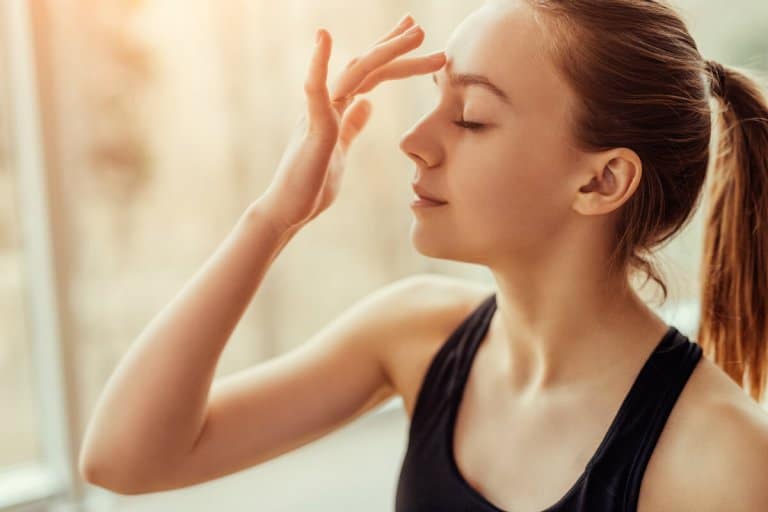 Presently known as the pineal gland, the ancient third eye is mentioned in one of the oldest scriptures. Appearing in many cultures around the world, this mystic eye has its significance showing up at times when the inner wisdom lights up with a simple spark. Normally the third eye is referred to as the connection between the body and the soul. Its presence can be felt if one is mindful of their self and its existence.

The following article describes eight signs that the third eye is opening.

1. The Pressure Between the Eyebrows

According to Hinduism and Buddhism, the third eye is located at the center of the eyebrows in the middle of the forehead. The reason for its presence in that particular spot is sole because it is responsible for enlightenment and that is the closest spot to the brain which sees the rest of the world as well.

When the third eye opens, you will start feeling pressure in that particular region. The sensation is usually described, during this time as a slight touch to the forehead almost warming it up. But this is not limited to a person as the symptoms may vary, and this feeling may arise with little or no spiritual experience.

The wisdom flashing through the veins may not give you old age, but it gives you the strength to predict things which, normally you would find it difficult to perceive, let alone predict the outcome. But the opening of this ability is a mean to lead the people to a greater road, which requires them to focus on this ability and try to use and sustain it before it vanishes.

Belonging to a spiritual realm, the third eye is famous for being the source where light enters the body. When this third eye does open, you would see the colors more vividly, and the light would seem a bit brighter than it usually is. This a clear sign that you see things from another angle.

Thought this would not be obvious to you, but as the time progresses, you would see the colors dancing in front of your eyes and the shades of white that would be present before your eyes. This is the point when you should embrace the third sign and try to focus on it rather than getting scared and moving away from it.

A time would come when your eyes would become adjusted to the bright light and the color shifting. This is the sign that you are ready for the other signs to reveal themselves.

Sometimes when the third eye is opening, people pass through headaches. The reason is that the pineal gland becomes overloaded with ‘kundalini energy’ resulting in pressure being developing at the spot where the third eye is to appear. Typically, headaches arise on the forehead between the eyebrows.

This should not be a point of concern as this is only temporary and can easily be fixed by going out for a short walk or meditating. The idea behind going out for a walk is to channel the extra energy out of the chakra stream and calm down the nerves. Walks and meditation during this time can be very helpful.

5. Bringing about a Positive Change

As discussed earlier, the third eye fills the human body with wisdom. And as wisdom broadens the perspectives of the individuals and lets them view the world with a new angle. An angle that they have never seen before. Similarly, once the third eye has opened up, you would feel a positive change being brought about in your daily routine. You would feel you have become a much more positive and healthier individual than you usually are. This is the clear sign of the wisdom that runs through your veins. Normally people call this the spiritual experience. But in fact, this is the gateway to the spiritual experience.

Nothing can spoil a good day if you wake up in the morning and forget the amazing dream you have had the previous night. With the opening of the third eye, people start to move for a much stronger self. The type that can control dreams as well! The clear sign that the third eye has opened is when you have crystal clear dreams. Not the vague ones, and you can control them with your thoughts. This is the highest state of awareness, as this requires the third eye to open up fully.

You would find that the gradual changes would appear in the body. The person would become more tolerant of the changes that happen around you and would become less selfish towards the unhappy stimuli. You would feel the changes happening within you and around you. This is the change that people are referring to when they see the third eye-opening.

6 Crystals You Should Be Using in Your Feng Shui Practice