12 Virgo Celebrities That Are Perfect! 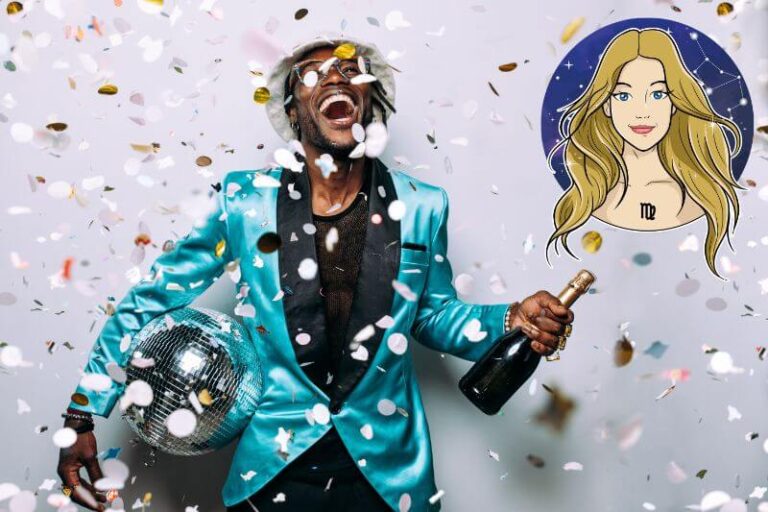 Let’s be real, Virgos get a bad rep! Everyone thinks they’re prudish, stuck up, opinionated, and way too type A, but that’s only one small side of this earth sign.

Virgos have an eye for detail and a natural commitment and dedication to the work that they find valuable. Let’s unveil now, the 12 Virgo Celebrities.

So, when Virgo possesses star quality, their perfectionist tendencies lead them to master their craft and become beloved household favorites for it! Scroll down and check out this list of Virgo celebs that are talented beyond belief.

Unless you were born today, you know who Beyonce Knowles is! Throughout the span of her 3-decade career, she’s shown us the precise and meticulous detail that a Virgo musician puts into everything they create.

Her earth sign energy has resulted in her winning more Grammys, MTV Music awards, BET awards, Soul Train Music Awards, and NAACP Image awards than anyone else in the history of music. She even won a Michael Jackson–a fellow Virgo sun–Video Vanguard award in 2014.

Virgo is a detail-oriented earth sign, prone to perfectionism, and when that mixes with superstar talent like Michael Jackson’s, it creates a legend.

Over his 4-decade career, Jackson pioneered and pushed his artistry to new limits in the music world by cultivating and popularizing dance moves like the robot and the moonwalk, as well as creating stories through his music videos “Thriller” and “Bad.”

If you haven’t watched Euphoria, where have you been?! Zendaya plays the main character Rue, who grapples with adolescence while struggling with addiction.

It’s not an uncommon plot line for a high school drama, but the depth Zendaya gives to the character is a credit to her precise Virgo acting skills. Zendaya’s artistry does not disappoint and, like the other Virgo celebs on this list, she’s going to become a legend.

At their core Virgos just want things to get done in the most efficient way possible, and that is also what Bernie Sanders’ goal has always been.

Yes, he is a radical leftist who has always fought diligently for the rights of all people, but that’s because–to a Virgo–the fact that everyone should have the same rights and be taken care of simply because they are alive, is a no-brainer.

The hot-headed celebrity chef who’s known for picking apart a meal if it’s not absolutely perfect is a Virgo moon? Of course, Gordon Ramsey is a Virgo moon, he’s scrupulous and has a high skill level in his craft just like every Virgo.

His hot-headedness might seem like a curveball for a grounded earth moon, but nothing peeves a Virgo off more than seeing that something has been done wrong… and that’s what he’s based his career on!

Virgo moons have an insatiable desire to learn more, and Stephen Hawking is a fine example of just that. Starting university at age 17, Hawking studied physics and later became a name synonymous with black hole theories and cosmology.

Despite being diagnosed with ALS in the 1970s, he went on to live 50 years with the degenerative disease, furthering his studies and pushing the boundaries of physics (and life itself) until his death in 2018.

If you were alive from 1999-2005 then you know the name, Lance Armstrong! As a professional cyclist, Armstrong won the tour de France–the most esteemed cycling competition in the world–7 consecutive years.

Aside from having the diligent talent of a Virgo, he also shows us the healing capabilities of this earth sign. After battling cancer, he started the Livestrong Foundation to help support others fighting the disease.

Virgo is the sign of healing, usually associated with the more practical healing such as Western medicine, but when it comes to Virgo moons a more spiritual touch is often needed.

This is probably why so many people over the years have been drawn to the teachings of Alan Watts, the English philosopher who spent his career speaking and writing about Buddhism, Taoism, and Hinduism.

Our rising sign can tell us a bit about how we like to dress ourselves and Virgo risings tend to have a more modest, yet very stylish approach to fashion.

While Dolly Parton is known for being very flamboyant–from her giant blonde wigs and gowns covered in sequins–she also carries herself with a not often discussed modesty, always choosing longer hemlines for her fabulous clothes. Dolly Parton shows us the sparkly side of angelic Virgo risings (and she also has a Virgo moon).

Speaking of dressing modestly, Apple creator and founder, and fellow Virgo rising, Steve Jobs is known for his signature black turtleneck look. His sleek, yet the comfortable standard of wardrobe became quickly synonymous with developing technology and intelligence in the 2000s.

It makes sense that an earth sign rising would want to look put together and polished, and yet his particular style will always live on.

Emma Watson rose to fame in her role as Hermione Granger in the film series Harry Potter. As a Virgo rising, the casting crew probably had an easy job picking Watson for the role since the character’s birthday is September 19th, making Granger a Virgo sun.

Much like her character who wanted to know everything, as well as perform each spell perfectly, Watson had a habit of learning the lines of her cast members and mouthing them during scenes. She’s stated that she was such a fan of the series she just wanted everything to be perfect–such a Virgo!

There are some dance styles that require a certain amount of flow and looseness in the body, but with Patrick Swayze’s crisp movement and perfect timing he was destined to excel in schools of dance like ballroom, jazz, and musical theater.

Aside from the Virgo energy that he brought to his performances, Swayze also tapped into the healing side of this earth sign by studying and practicing Buddhism throughout his adult life.

Jasmine Wolfe is a professional astrologer, tarot reader, numerologist, and witch. Being a Capricorn sun and Scorpio moon, her readings tend to focus on the more challenging aspects of life and what we can learn about ourselves when we lean into the challenge. Having entered the professional scene in 2018, she's grown a loyal following of students and mentees through social media. You can find her on Instagram and TikTok @satinsaturn or through her website https://www.jasminewolfe.xyz/ Jasmine Wolfe Website