Zodiac Signs Ranked From the Most Popular to the Least 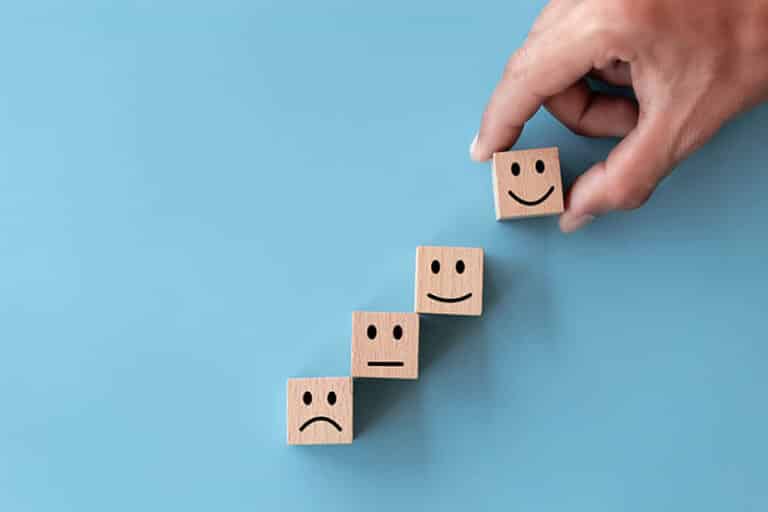 Have you wondered why some people are incredibly likable and popular and others who everyone ignores? If you were one of those people throughout your childhood and early adulthood who never fit in with the popular crowd, there is a reason for that. Those popular kids back in school that became part of other cliques, later on, are that way for a reason. Is it luck? Not so much.

Your popularity, believe it or not, depends a lot on your sign. That can be your moon, sun, or rising sign. Whatever sign has the most influence on you personally will be the reason behind your popularity or lack of popularity. Now, let’s talk about the most popular zodiac sign ranked from the most popular to the least.

It is not a surprise that Sagittarius is the most popular sign as those who have the sign are incredibly entertaining and funny. Sagittarians are the life of the party. That is why everyone enjoys their company. They know how to tell jokes as well as entertaining stories, which gravitates others towards them. Another thing that Sagittarius does so well is to help others see the glass half-full without judging them. Their upbeat nature does win Sagittarius plenty of friends.

Another reason Sagittarius is high up on the popularity scale is because of the fact they are honest, blunt, and never beat around the bush. People admire anyone who gets right to the point instead of beating around the bush.

Leo – Charming and Fun to Talk to

Leo knows how to put on a fun show as they tell entertaining stories and act them out. Unlike Sagittarius, Leos are not the jokers of the zodiac. However, they are the actors and actresses and enjoy putting on a show.

People gravitate towards Leo because of their charming nature. Leos displayed this charming nature of theirs since they were young kids. Not only are Leos known for telling entertaining stories. However, they also know how to make people feel good and vital. Therefore, if you see a crowd of friends hanging around somewhere, you can bet there is at least one Leo part of that crowd.

Aries is the first fire sign of the zodiac, and it is not a coincidence that the two signs ranking above Aries are also fire signs. Fire signs are entertaining, and since Aries is also known to be passionate, that makes them a lot of fun. The one thing that people can say about their Arian friends is that they are never dull.

The one thing about Aries is that those with the sign always look for excitement. Meeting new people is exciting to Aries, and that type of enthusiasm is an instant magnet to them. However, here is the thing. Aries will not attract those who prefer to live a low-key life. Aries attracts those who enjoy being active, whether it involves sports, going to the theater, dining out, or working out.

Gemini is an air sign; therefore, those with this sign enjoy socializing. If you want to have a fun conversation with someone, you can count on having that conversation with Gemini. They will keep you engaged, informed, and entertained. Gemini is known to have plenty of friends because they enjoy being with others and love to chatter up a storm about intriguing topics.

The reason that Gemini did not rank at the top is because of how often their moods fluctuate. One moment they can be cheerful and kind. However, the next moment, Gemini can become cold and distant. Therefore, those are the times when Gemini’s friends will leave them alone and do activities with their other friends.

Libra – Charming but Does Not Require Too Many Close Friends

You may wonder why Libra also did not rank at the top since Libra is known to be the zodiac’s sociable sign. Libra is indeed charming and very friendly. Before elaborating on that, those with this sign indeed have plenty of ‘’friends. However, Libra is the sign that is about close relationships.

Therefore, even though Libra is engaging and magnetic in their way, those with the sign only have a handful of truly close friends. The rest of those who associate with Libra is more like acquaintances. Libra cannot possibly give the amount of attention to their acquaintances that they provide to their closest friends. However, Libra can make that up to them by throwing lavish parties.

Pisces is not the type to be too talkative, and those with the sign do keep to themselves more often than not. Therefore, you will not see Pisces attend too many parties because they are usually not invited. But that does not mean those who have the sign are not likable. The truth is that those with the Pisces sign earned plenty of respect from others.

The reason that Pisces people are well-liked is because of their generosity. If someone needs help, Pisces will be there to help. They will donate their time to help someone during a difficult situation. Pisces will go out of their way to help someone, even if that means monetarily. Pisces can face the only challenge because their generosity and kindness can be something that others can readily take advantage of, which can be hurtful.

Taurus – Likeable Until They Cut You Off

Taurus is a sign that is known to be somewhat introverted and low key. However, once you get to know a Taurus, you’ll find that they are quite likable and friendly. Taurus is not the type that would be the life of the party, but they could be someone good to talk to at a cafeteria. Taurus will also be happy to meet you at a restaurant since they enjoy eating and enjoy the company as well.

However, Taurus can be sensitive, and if you do or say anything that offends them, they may cut you off for good. Taurus won’t want a thing to do with you again. Therefore, Taurus can go from likable to ruthless quickly.

Aquarius – Friendly but Speaks Their Mind

Aquarius is friendly and can make friends easily as long as they do not get too close to them. You would think that Aquarius heads towards the bottom of the list because they keep others at arm’s length. However, that is not the reason for that.

Aquarius speaks their mind, and they do so in ways that can make you dislike them. Sagittarius is also blunt, which is the sign that ranks at the top of the popularity list. However, Sagittarius doesn’t beat around the bush and calls things for what they are. Aquarius is a lot more opinionated and can be unintentionally condescending. That is where Aquarius loses a lot of popularity points. Those with the sign also don’t care. They would rather speak their minds than be among the popular crowd.

The only thing necessary to earthy Capricorn is their old friends, ambitions, business or career, and routines. Capricorn doesn’t have any desire to make new friends. However, the one thing that is important to Capricorn is developing a positive reputation among colleagues and clients.

If Capricorn meets new people through their career or business, they care about making a positive impression. Maintaining the old friendships Capricorn had since day one is also essential to them. When it comes to being the most likable individual; otherwise, Capricorn does not care.

Cancer – Prefer Sticking to the Friends They Grew up With

Cancer, like Capricorn, prefers to only stick to those who are familiar to them. Therefore, Cancer does not want to look for new friends and prefers to stay hidden in their homes. That means that Cancer is more than happy to invite their old friends over for dinner and spend their time with them.

If Cancer receives a party invitation, they will decline the invitation because meeting new people is out of their comfort zone. Additionally, they’d rather stay at home than go to a party with unfamiliar people.

If there is one sign that will go out of its way to avoid social gatherings, it is Scorpio. Scorpio is not interested in making new friends unless they see its potential to work out in their favor. Scorpio is the type to nurture old friendships and to protect those who they care about very much. Those old friends earned Scorpio’s trust, and that means they are their friends for life.

However, Scorpio does not do well when it comes to those who they barely know. They do not trust anyone they don’t know. Anyone who wants to be friends with a Scorpio will have to expect that there will be resistance on their end. They will have to prepare themselves to work very hard to earn the trust of Scorpio as well.

Virgo – Does Not Want to Be in the Spotlight

That means if you invite a Virgo to a party, you will immediately receive a response from them that they are not coming. Virgos strongly dislike parties and social gatherings. They won’t even attend any, even if they hang out with their few friends while ignoring everyone else. Virgo will not go anywhere near a party.

However, for instance, if you have your sun in the First House and have easy aspects to planets such as Venus or Jupiter, that can cause you to attract more friends. The opposite applies if you have your sun in Sagittarius, Moon in Leo, and Aries’ rising sign, for instance. You would immediately assume that alone would make you a super popular being. However, if you have a stellium in the water houses, which are the Fourth, Eighth, or Twelfth houses, that can cause you can dislike parties and large gatherings. If you are extremely popular or you are the type that prefers to have only one good friend despite your sign, the answers to why are found in your horoscope.

What Your Zodiac Sign Needs to Let Go of This Spring

Third Quarter Moon
The moon is currently in Cancer
We use cookies to give you the best experience. Continuing using this site we assume that you are happy with it.Ok