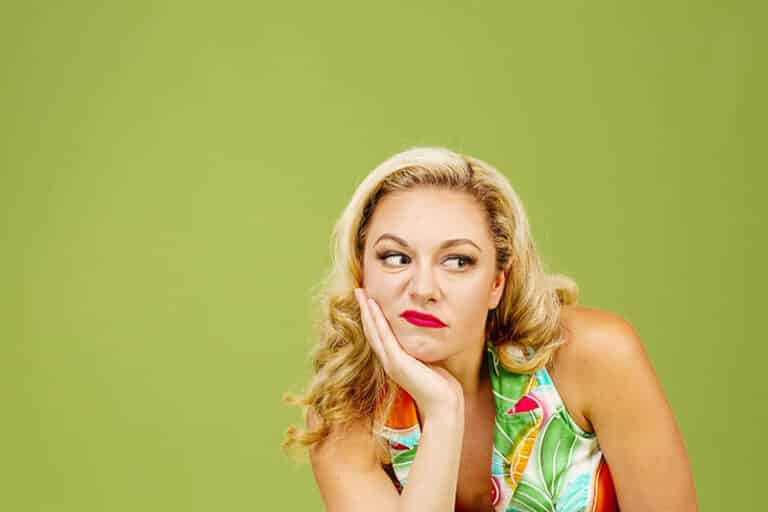 There is one emotion that everyone experiences from one degree or another, and that is envy or jealousy. People don’t like to talk about it because there is the belief to be a negative emotion such as anger and sadness. However, the truth is that if you did not experience any feelings that are not positive, you would not be human.

The truth is that there is nothing wrong with a little bit of envy because it can motivate you to better yourself in some way. For instance, if you are jealous of your neighbor because they make more money than you do, it inspires you to look for ways to increase your income.

However, the time when envy can be a problem is if the emotion consumes you. And some people are more of the jealous and envious type than others. That will also depend on the zodiac sign, as that will play a role. Let’s now look at zodiac signs ranked from most envious to least jealous.

Scorpio is the most intense zodiac sign, and it is also quite secretive and mysterious. Another thing about Scorpio is that they are not trusting by nature but are too possessive and protective. Scorpio is highly competitive and wants to be the best at anything they do, even though they don’t show it. Therefore, they will express plenty of envy towards those who may appear more skilled than they are in some way.

Scorpio will also express plenty of jealousy if they think that anyone could potentially take away their partner. That can even mean if someone is standing next to their other half, Scorpio will get jealous. That is because they don’t trust the intentions that the individual standing next to their partner has.  Even though it would likely be innocent.

Cancer is the most emotional zodiac sign, and it is the most nurturing one around. However, because Cancer is a water sign, like Scorpio, they can also be too envious. Cancer is not the competitive type, so they would not care if you were better at a skill than they were. However, because Cancer is the maternal and nurturing type, if the one they care for prefers to be in the company of someone else than the Cancer – then you can bet that will bring out the green-eyed monster.

For instance, a mom who is a Cancer who sacrifices her wants and needs to take care of her kids prefers the dad over her – then you can expect Cancer to be quite jealous of the dad. Cancer would show that in passive-aggressive ways.

Leo – Jealous When Their Spotlight Is Taken Away

Leo is lovable and warm-hearted, and very generous. However, the one thing that you do not want to do to a Leo is to take their spotlight away from them. They must have the attention on them, and if it goes to someone else, that will cause Leo to have a jealous fit. That will cause Leo to do anything possible to take the spotlight away from the other.

For instance, Leo puts up a lot of good-looking selfies and shares them across social media. However, if Leo finds that someone else’s selfie gets more reactions than theirs, then that will bring out the green-eyed monster. Leo may tell them that they are not significant and will continue to create more beautiful selfies to take the other’s attention away.

Virgo is an analytical earth sign and does not experience jealousy when it comes to relationships. In addition to that, Virgo stays out of the spotlight and will gladly allow Leo to take their place. However, because of Virgo’s analytical and perfectionist nature, they will experience jealousy when you have more organizational skills than they do. That means especially when it comes to organizing and cleaning.

Aries – Jealous If You Are About to Win

Aries is a passionate fire sign, and even though they are competitive by nature, they won’t go after anything that is not important to them. Aries is not also possessive by nature unless something or someone is quite important to them. Even then, they won’t become jealous of their partner’s friends and co-workers the way Scorpio would. That is unless there was a genuine reason for them to be.

However, when Aries gets jealous, they are directly competing against you, and you win. That can mean if you beat them to a game, or if you end up taking the job role that they applied for at a company months ago. Then Aries will get jealous, and because of the fact they have an intense temper, watch out when they do.

Taurus – Possessive Yet Not Usually Envious

Taurus is a sign that represents tenacity and a love for material things and food items. Indeed, Taurus will not give up when they want to go after something and work hard towards it no matter how difficult it is to attain. Another thing about Taurus is that they are possessive, so they don’t like to give up their items so quickly.

However, Taurus is not too envious in the majority of cases. Taurus will not usually care if you have a more wonderful home or nicer clothes. That is because your style of home or clothing isn’t the type that they want – and Taurus knows what they want.

However, Taurus is also the type that struggles to let go of their emotions since they hang onto everything. If Taurus is envious of you about something, they will struggle to work with it and let it go. They could be jealous of something you would not expect either.

Capricorn – Only Envious If You Are More Successful

Capricorn is the most ambitious sign of the zodiac, and it is not the jealous type. The truth is that Capricorn keeps to themselves and is only concerned about attaining their goals. Those with the sign don’t concern themselves about what you are doing. However, there is one exception.

Libra – Easy-going but Not Without Envy

Libra is all about balance, and the one thing that Libra wants is for you to be happy. If you landed a prestigious job role, then they would be genuinely happy for you. If you have exceptional skills that they lack, they will also be pleased for you.

However, at the same time, Libra would feel pangs of envy if you were to win a beauty contest or you had more fashionable clothing than them. That is because beauty and style are essential to them. The same goes for relationships. Libra will be jealous if you have a crush on the same one that they do. However, because Libra does not like confrontation, they will hide their jealousy and remain diplomatic.

Sagittarius – Only Slightly Jealous of Those with More Adventures Them

Sagittarius is happy-go-lucky and optimistic. Therefore, if you take their crush or take their spotlight, they won’t be upset about it for very long, if at all. The only thing that can cause any inner green-eyed-monster to emerge from them is if they see that your passport has more stamps than theirs. In addition to that, they will feel pangs of envy if they discover that you experience more adventures than they do.

However, Sagittarius won’t stew in those feelings for too long. They will pick themselves up and catch up to you. The tables are often turned because others are often jealous of Sagittarius for their optimistic nature and love for adventure.

Aquarius is not at all the jealous type, and that is because they are too concerned about finding their place in this confusing world. They embrace their unique ways, and they also have plenty of concern over humanitarian issues. However, if they said they did not feel just a little bit of envy towards those who like fads and those who conform to society, they would not be honest.

Even though Aquarius does not want to follow the herd in any way or form, a tiny part wishes that they could be like others. Aquarius would likely not admit that, but they do feel that way.

That does not mean that Pisces would stand to someone taking their partner. However, instead of assuming the worst, that would be one of the rarer times that would cause Pisces to step up and ask questions.

Gemini – Too Carefree to Be Jealous

There is one reason that Gemini falls right at the bottom of the envy scale ranking zodiac signs is that those with the sign don’t care enough to be jealous. Gemini switches from liking and wanting one thing to the next, and that is why Gemini doesn’t experience a lot of envy. Gemini is too carefree to care too much.

Gemini is also friendly and likable and will be the type to root for people instead of looking at them with envy – even if they won something that Gemini wanted. That is probably also because Gemini didn’t want that thing that someone else won all along.

However, what if you happen to be a Gemini or a Pisces and you struggle with envy? On the flip side, what if you are a Leo or a Scorpio and you have more of a carefree attitude? If you are a Gemini, but your Moon sign is in Leo, Cancer, or Scorpio, that would explain why you struggle to let go of envious feelings. That even goes for your rising sign in a zodiac sign that ranks high on the jealousy scale.

On the flip side, if you are a Leo but your Moon sign is in Gemini, and your rising sign is in Pisces, then any jealous feelings you would have you can overcome quickly. Always remember that your sun sign only makes up a small fraction of your horoscope.