What Is Your Most Powerful Chakra According to Your Zodiac Sign?

Home » Blog » Horoscopes » What Is Your Most Powerful Chakra According to Your Zodiac Sign? 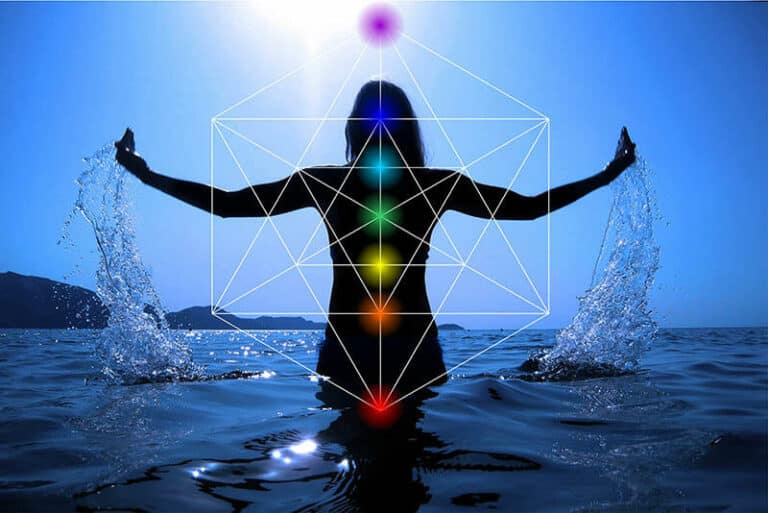 There is a good chance that you are well aware of the functions of your seven chakras that are energy points in seven areas of your body that allows qi or energy to flow through as long as they are open. The chakras in your body are your root, your sacral, solar plexus, heart, throat, third eye, and crown. When there is a blockage of any of the chakras, you can run into trouble. That is because the energy is not flowing through properly. Therefore, the qi becomes stuck, leading to illnesses, a lack of motivation, negative thinking, and lethargy, to name a few of the ways you can suffer.

If you eat a balanced diet, meditate, and exercise, especially during times of stress, you can help keep the chakras open to allow the qi to flow. However, everyone has their most potent chakra, which can associate with their zodiac sign. Which is your most powerful chakra? Let’s take a look!

Aries is the sign that represents action. The Solar Plexus Chakra, located at the solar plexus of your body in the abdomen area, is about taking action. The color of the chakra is a fiery yellow, and it is also warm. The chakra represents self-esteem, self-identity, and confidence. Those are the traits that Aries is known to have. If your Solar Plexus Chakra has a blockage, it will lower your self-esteem and confidence, and you will lose your sense of self. That can also translate to laziness and a lack of motivation.

Aries does not usually allow anything to get them down. However, it can happen if they are offset by defeat and other disappointment, which can clog the chakra. The blocked Solar Plexus Chakra can affect them significantly.

Taurus is all about wanting security and has a love for routine and luxury. You may think of Taurus as a sign that does not share too much emotion. However, remember that Venus is the ruler of those with the sign, and they express more feelings than you think. That is why the heart chakra is the most powerful one for Taurus. The Heart Chakra is all about radiating love, compassion, and empathy, and it is green.

Taureans can grieve for a very long time if they lose someone, a dream, or something else that was dear to them. They will also struggle with disappointment having to do with romance. Those like Taurus, who have their most powerful chakra as the heart, learn about compassion and empathy. When this chakra has a blockage, a display of anger and lust can be the result.

Gemini is the sign that represents communication and thinking. It is not a surprise that their most powerful blue chakra is the Throat Chakra, which represents communication, thoughts, and speaking the truth. The challenge is that Gemini does not always display honesty to themselves and others. When there is dishonesty, then the Throat Chakra becomes imbalanced and clogged.

Therefore, it becomes difficult to speak up and express your feelings and thoughts when that happens. You may even have a hard time understanding your thoughts and way of thinking. Therefore, Gemini must speak the truth to themselves and to others to keep this chakra open.

Cancer is the mother of the zodiac, and those who have the sign are known to be nurturing, caring, and intuitive. Therefore, the chakra associated with Cancer is the Third Eye Chakra between the eyebrows in the middle of your forehead, and it is purple. That is the chakra that rules intuition. That is also the chakra that helps with learning and rationalizing.

Unfortunately, because Cancers can be overly emotional, they don’t always see things rationally, and their Third Eye Chakra can become imbalanced. When that happens, they can experience illogical reasoning and delusions. That is what occurs to anyone who has a blocked Third Eye Chakra. However, Cancers are the most susceptible to it.

Leo is confident, radiant, and generous. The Crown Chakra is on top of the head and white or clear, and that is the chakra that governs higher learning, spiritual connection, and learning. It offers a sense of spiritual connectivity, oneness, and divine wisdom. However, Leo’s issue is that they can become attached to an idea that has to do with their ego, which is why they need to be in the spotlight at all times.

When that happens, Leo can lose touch with who they are and their connectivity to others and become overly attached to their ego. There is nothing wrong with being in the spotlight at times of recognition, but when you want to take the spotlight away from others, that is a problem. That will happen when the Crown Chakra has imbalances.

Virgo is analytical and meticulous. It is not a surprise that the Throat Chakra is associated with Virgo. Mercury is the sign’s ruler, as is the case with Gemini. However, Mercury plays a different role as with Gemini. It is more of a communicative social function. With Virgo, Mercury rules the analytical and practical side of the sign.

Venus rules Libra, as it does with Taurus, even though the aspects of the planet have different expressions since the elements are different. Venus is an air sign that means relationships are significant to those who have this sign, and Libras know how to love and feel compassion towards others. Therefore, their strongest chakra is their Heart Chakra for that reason.

However, the issue with Libra is that they don’t always speak up when they need something. They don’t like saying ‘no’ if someone asks them to do a favor they do not want to do. That can block the Heart Chakra and cause feelings of anger, resentment, and that will cause them to act in a passive-aggressive way until they explode. Speaking up is the best way for Libra to keep their Heart Chakra balanced.

Scorpio is an intense and passionate sign, and the one thing about this sign that people don’t realize is that Scorpio is highly creative. Their most powerful chakra is the Sacral Chakra which rules intimacy, creativity, power, and emotions. This chakra is orange in color, and it is in the pelvic bone.  Therefore, those who have the Sacral Chakra as their powerful one sees the world through their emotions. And they communicate through their emotions.

However, when they feel guilty and feel a loss of their creative side, that can indicate a blockage in the Sacral Chakra. Trauma and extreme disappointment can easily clog up this chakra, and that is why it is essential for Scorpio to express their emotions, even if that means doing rounds of kickboxing or journaling to keep it open.

When there is a blockage or imbalance in the chakra, apathy, lack of motivation, – and lethargy begin to emerge. When a Sagittarius begins to display those traits, then you know that this chakra is not balanced.

Capricorn is about being studious, ambitious, and accomplished. Therefore, its powerful chakra is the Root Chakra, which is red, and it is at the base of the spine. The Red Chakra governs your physical nature, the physical nature of the world and the environment, and your identity. Those who have a well-functioning Root Chakra can plan well, are in line with reality, and take the proper steps to achieve their goals.

However, when the chakra is not in good shape, it can cause you to take on more of a shallow, materialistic type of nature. You can also become fearful and question your identity. Therefore, those who have a blocked Root Chakra may drown themselves in workaholism. That is why it is essential never to take on more than you can handle.

Aquarius is about humanitarianism, embracing your unique side, and innovation. Like Capricorn, Aquarius’ powerful chakra is the Root Chakra. That is because it helps them gain control over themselves and their territory as they express their unique and progressive side. Aquarius does not question their identity, which is why this chakra is the powerful one for those with this sign.

However, when the chakra has imbalances and blockages, Aquarius questions who they are and ends up in poor environments that do not support their identities and purposes. That can give Aquarius an identity crisis which is something they fear.

Pisces is all about art, creativity, imagination, intuition, and emotions. Therefore, it is not a surprise that the Sacral Chakra is the one that is the most powerful for Pisces as it is for Scorpio. Pisceans are creative and emotional by nature, and they are the happiest when they can express their creative side.

However, Pisces often faces the challenge that they struggle with feelings of guilt and can make too many sacrifices. That will cause problems for the chakra, which can compromise their creativity, cause them to become depressed and apathetic, and cannot express feelings for life’s pleasures. Self-care is what can help them keep the chakra open.

Remember one thing. All seven of your chakras are essential to keep open. As long as qi can move freely within your body and through the chakras, your most powerful one will function well. The best thing to do is to eat a healthy diet and get plenty of exercise. Make it a habit to meditate each morning, and yoga can help.

It is important to remember that when you encounter a stressful event or a situation that can clog or cause imbalances to your chakras. That is why once you face them, it is essential to get a workout, eat a healthy snack, and do some journaling until you feel that the stress is out of your system. If you face daily pressure, do your best to make a habit of doing those things to keep your chakras open so you can function the best way you can.

Know the Ideal Best Friend for Your Zodiac Sign

The Numerology of the Number 4 in Tarot

Waning Gibbous Moon
The moon is currently in Gemini
We use cookies to give you the best experience. Continuing using this site we assume that you are happy with it.Ok