The 12th House: What Is Feared About the Most Mysterious Astrological House

Home » Blog » Astrology » The 12th House: What Is Feared About the Most Mysterious Astrological House 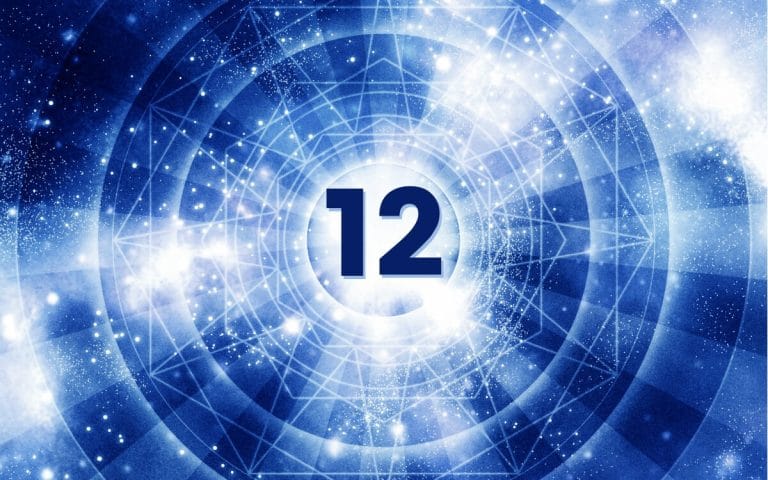 In an astrological natal chart, there are 12 houses or 12 areas, and they represent the different areas of life. For instance, the first house that starts off by the Ascendant rules what someone is about as a whole. The second house is the house that rules their personal worth, money, possessions, and talents, and so on.

The 12th house is the last one, and it is referred to as the dustbin of the zodiac. That is because this is the area of life that no one wants to face. It represents anything that is uncomfortable to face. This is the astrological house that is naturally ruled by Pisces and Neptune. And what does this all mean? Let’s pick apart as to what the 12th house in the chart really represents and why it makes people so uncomfortable.

The 12th house rules anything to do with the subconscious. This means anything that happens to you during the early part of childhood that may have been traumatic would be buried in this area. Even if you don’t remember it, your subconscious does. And even if you don’t remember it per se, you will still act out on it. The same applies to those who are much older and go through a very traumatic experience to the point that their memory has blocked it out. But it is there.

This is another reason that the 12th house is uncomfortable as it is the house that is indicative of addictions. This also ties into the subconscious. Some people are genetically prone to addictions such as alcoholism. However, many times addictions are the result of an escape to something painful.

This area of the horoscope can rule addictions of any kind whether it is food addiction, substance addiction, spending and shopping addiction, and so on.

The 12th house is the house of secrets, and so is the 8th house that is naturally ruled by Scorpio. However, the secrets that are represented in the 12th house are can be more so dangerous secrets which is not really the case when it comes to secrets represented by the 8th house. For instance, secrets such as infidelity are what can be found in this house. And when planetary transits that usually involve Saturn are linked to this house, those secrets end up coming out one way or another.

Having open enemies is uncomfortable but at least you know what you are up against, and you are aware of their presence. However, when it comes to hidden enemies that usually are the result of fake friends, that is when it becomes worse. You believed that someone who you thought was a good friend had your back. Instead, they just kept stabbing it and that is what is seen in this astrological house.

Past Lives and Karma

The 12th house is the one that rules reincarnation and any past life that you may have had would be seen in this house as well. That also includes the nodes in your chart. Reincarnation, in general, can be seen through this house but it is usually tied to karma.

Present life karma is also represented in this house as planetary transits (usually Saturn) would bring out the karma that one had been banking up during the present life. And if a child faces the energies from Saturn transits in this house, then it would be a result of past life karma. This is why the most dreaded planet in the 12th house is Saturn.

Since the 12th house represents anything that is basically hidden, it also rules anything that isolates you from society. This can be prisons, hospitals, or institutions such as rehab centers. This also can represent being isolated even in your own home.

If you have been having some very strange dreams, this is the place that can be indicative of that. Additionally, if you have been having sleeping issues with insomnia or hypersomnia (sleeping too much), that also can be shown in the 12th house. Many people talk about having strange dreams or insomnia when it is a Full Moon. That definitely can happen.

However, if the Full Moon transit took place in someone’s 12th house, that would be even more likely to be the case. That is just one example.

Psychic abilities can also be represented by the 8th house, but also by the 12th house as it is naturally connected to a highly intuitive sign. Pisces. Those who have Neptune, which is a natural placement for this house that has strong easy aspects to other planets such as Mercury or the Sun, or Jupiter, then the individual may even be capable of mediumship.

Those who have a heavy 12th house with a stellium that includes planets such as the Moon, or Mercury, the Sun, or Jupiter may very well be drawn to metaphysics and have stronger intuition. They would be drawn towards tools such as tarot cards and runes as well.

Another reason that this house is shunned is that it actually is the place that represents healing. And healing can be painful because it means that you are having to face anything that is traumatic to you and makes you very uncomfortable. This can also mean healing from phobias, or addictions, or anything else that is difficult to face. But once someone is really ready to heal, then that will be seen as well in this house based on planetary transits. That may include Jupiter or Neptune making easy aspects such as textiles to other natal planets. This is when someone is really ready deep within to heal.

This is also how hospitals are tied to the 12th house as that is the place where people are not just isolated but are healing. The same goes for rehab centers.

The reason that this house rules large animals (not necessarily wild as domestic horses and cattle can be represented by this house) is that small animals and pets are ruled by the 6th house – the one that is ruled by Virgo naturally and is at the opposite of the 12th house.

However, those who have planets such as Jupiter, Venus, or Mars in this house may potentially have an affinity to large or even wild animals. It would not at all be a surprise that zoologists or zookeepers would have those planets in the 12th house, as well as those who know how to work with large wild animals such as lions and tigers.

Now that you see how the 12th house has been picked apart; you can gain a better understanding of how it is one that is often shunned. However, if you work with it, it can be quite rewarding when it comes to healing and honing any psychic gift that you have.

7 Essential Tips to Make the Law of Attraction Work for You!