Throughout each month transiting points create dynamic relationships with your natal chart points.  Often times two transiting points will relate to one another in a way that affects us all depending on the points involved.  Sometimes energies merge together when two points occupy the same degree within the same sign; other times they try to strike a balance, as they will when they are 180 degrees apart and opposing one another.

This article will look at one of these dynamics happening between two points this month, Venus in Virgo merged with Mars in Virgo.

The Conjunction, and Venus and Mars

This month, when the faster moving Venus reaches 4 degrees 7 minutes (4d7m) of Virgo, it will merge with Mars at 1:04 pm EST.  This 0-degree angle between the two points is called a conjunction. The angular relationship between two points is known as an aspect.  The impact of this relationship begins to be felt up to 3 degrees before and 3 degrees after the exact aspect and is known as the orb of influence.  When the faster moving body approaches, the aspect is said to be approaching and is building energy.  Once the exact aspect has passed, the aspect is said to be separating and is losing energy.  The duration of this particular aspect will run from August 20th to August 28th.

Venus represents the feminine divine and how we relate to others, feel about our bodies/environment, and our attitudes about connecting to people.  Venus rules both our needs, by way of its rulership of the 2nd House, and our contracts (legal matters) with people in the world around us, by way of its rulership of the 7th House.  Where Venus resides in your chart reveals the nature of your way of attracting/seeking relationships and making them work.

My Venus is in Aries in my 6th House of Service and Health, so I prefer to keep my relationships from “restricting” me; I operate best when I feel able to come and go freely in and out of the relationship dynamic, especially related to my work (6th House).  While I do enjoy some competitive sports, most of my preferred exercise routines are individualistic (lifting weights, running, and swimming).

With Venus moving through Virgo at this time, we will benefit from doing plenty of relationship maintenance, just like getting a tune-up for a car or having it detailed. Also, we should think about what we need to do to take care of our bodies, in terms of nutrition and exercise.  A review of your diet and an assessment of your physical conditioning would serve you well under this transit.

Mars represents the masculine divine and what we desire, our passions, and our drive to compete to get what we want.  Mars rules Aries and the 1st House of Identity. Before the discovery and assignment of Pluto, Mars also ruled the 8th House of Intimate Relationships (transformation and sexuality). Where Mars resides in your chart reveals your primary drive to assert yourself and your energy.

My Mars is in Taurus in my 7th House of Partnerships, so I am “driven” to establish relationships that will last and that I can rely on and feel safe about (Taurus). My drive is also very physically expressed, both in terms of how I keep my body in shape and how I prefer to be very physical with my intimate partner where touch is very grounding for me.

With Mars moving through Virgo at this time, we will benefit from establishing or seeking new routines to improve our health.  Mars is a fire point that is impulsive making a journey through an earth sign that rules attention to detail and methodical processes, which can make for a testy relationship, energetically speaking.

The conjunction aspect seeks to merge energy; the points and signs involved need to blend together and work as one.  During the period of this conjunction, the point involving need and relating and the point involving desire and selfishness will be merging in their journey through Virgo.  This conjunction will “favor” Venus since Venus rules one of the earth signs, Taurus, and is in the sign of the Virgin, which is a feminine sign.

For a woman, this conjunction has the power to give her the strength to speak up and assert herself if her overall energetic expression is predominantly feminine as well.  Usually, there is an alignment between being female and being feminine, but not always.  Likewise, for a man, this conjunction has the power to help him listen better and act with prudence in relationship matters.  How much so will also depend on the level of masculinity in his energetic design.

Virgo’s service and healing energy want to help others in need and take care of itself at the same time.  During this conjunction, there is likely to be an emphasis on relationships and how well they are working or not working.  Virgo has a critical “eye” and can spot flaws rather easily, so any flaws in a relationship will glare out during this transit in order to help you resolve and fix them.

The merging in this conjunction is no small matter because of the points involved and the energies of the sign.  The high expression of this combination can be a willingness to do the hard and detailed work necessary to keep relationships going and healthy.  Negatively, this conjunction can encourage criticism that is relentless in the pursuit of perfection, which is not a human relationship possibility. With foreknowledge, hopefully, you can get the most positive results from this transit conjunction. 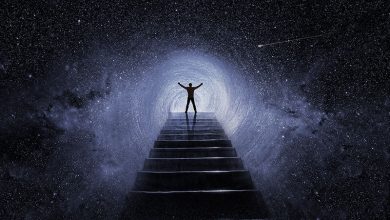 What Are the Karmic Reasons for the Social Planets and the Outer Planets in Your Natal Chart? 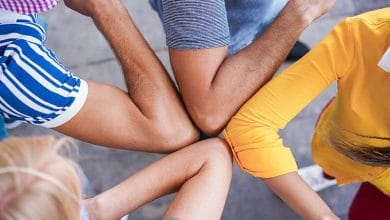 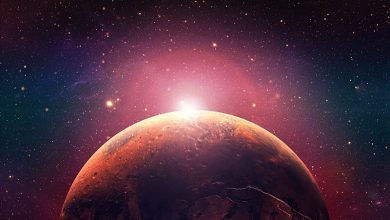 How Will Mars Retrograde Affect You this Autumn

Waxing Crescent Moon
The moon is currently in Scorpio
The moon is 3 days old
Close
We use cookies to give you the best experience. Continuing using this site we assume that you are happy with it. Ok