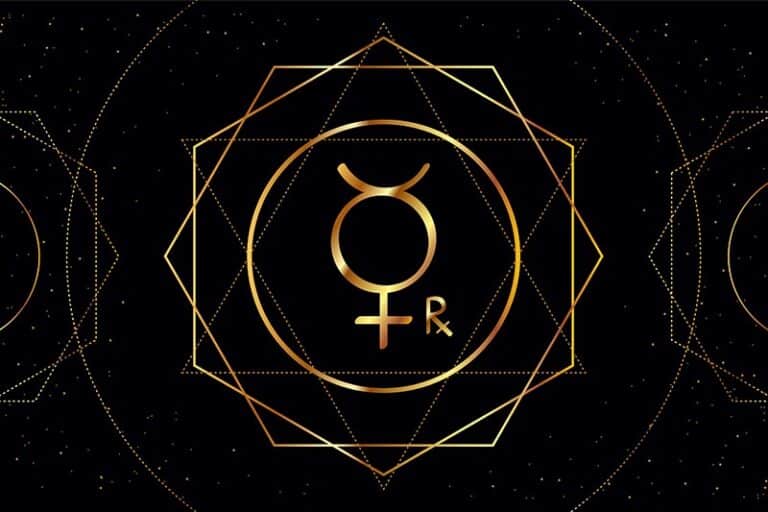 The last season of the year, the final quarter, has begun. 2021 has already been eventful and dramatic but it is quite possible that the next three months will make the previous nine seem like the three periods leading to overtime in the playoffs. And yet it will also prove disrupting and confusing especially as we progress through October and following the culminating New Moon in Libra that occurs on October 6.

Metaphorically, imagine you were at a very large indoor gathering, and it is very dark outside and suddenly the lights go out completely for several minutes and then, just as suddenly, turn on again with all the flood lights as well causing something of a blinding, startling effect disrupting your entire mindset, perception and attitude prior to the event. Add to this that something significant that was in the room prior, like the head table, was no longer there. It will be interesting to see how this metaphor manifests as various outer synchronicities.

Mercury Retrograde occurs on September 27 late in the evening in most of North America and continues until October 19. Approximately 3 weeks is its usual time period of the wing-footed messenger of the gods while in reverse motion. This optical illusion has actual psychological and eventful effects. Skeptics may intellectually dismiss it, yet they too will often find themselves grumpy and annoyed by miscommunications, delays, technological breakdowns and the like despite their rigid intellectual rejection, sweeping every wonder of life and nature as coincidence and superstition. Positively, these periods offer us the reminder to repair and replace old devices or light bulbs, and it can also extend to improving our communications and so on… After all, is it too Pollyanna to say that life invariably happens ‘for’ us…? J

It should be noted that while Mercury is technically retrograde for about 3-weeks, there is a 3-week slowdown period prior and a 3-week catch-up period following. These are called the ‘pre’ and ‘post shadow’ periods. Thus, all 3 phases combined create a 9-week period of minor and relative disruption and annoyance, and Mercury enters this process 3 times per year! That means that it is in its retrograde phases for more than half the year.

It is an interesting fact that Mercury travels around the Sun in 88 days.  Yet, due to the perceptual, experiential perspective (subject to the fact that the Earth also orbits the Sun yet all the planets appear to orbit around us here on Earth), the story is quite different. This fact perplexed astronomers since the beginning of civilization when astronomy became a science. Of course, at that time astronomy and astrology were largely one and the same. In simpler terms, they both stem from the fact that there is a ‘geo-centric’ perspective – the one we experience here on Earth as actual, perceptual, measurable phenomena.

And then there is the ‘helio-centric’ perspective. The latter is deemed more ‘factual’ yet is an abstract fact and not one that any person has ever, or will ever experience. How do you like that for a grand irony?

Regarding Mercury, it appears to actually take an entire year to complete an orbit ‘around us’ here on planet Earth.  Planets ‘appear’ to undergo a never-ending process of different rates of motion. They reach maximum speed for a time, then begin to slow down progressively until they appear to literally stop, which is called “Stationary”, then actually begin to  ‘appear’ to orbit in reverse motion, at first very slowly but progressively faster. Then while in reverse motion (retrograde) each planet again begins to slow down progressively until it comes to an apparent stop once again. Then it begins to resume forward motion, progressively accelerates coming to full speed and the entire process repeats. This is true of all the planets, but not of the Sun and Moon, but they too have their own set of features, oddities and unique phenomenal activities.

What is important to understand is that this entire process has always been occurring and that life on Earth has actually evolved in the context of it. Think about this for a moment. Scientists always study environmental conditions and influencing factors, but idly dismiss our local cosmic environment as having any influence upon us at all.

The Sun/Earth relationship causes seasons and weather variations on a constant basis. The rhythmic cycles of the Moon are tied to the tides and numerous other aspects of the natural world. And despite the fact that the Sun’s radiation field extends out into space like an inflated spherical bubble the distance equaling the speed that light travels in a 24-hour period, it is rendered meaningless by the high priests of science!

But, I digress…. Regarding Mercury retrograde or the ‘influence’ of that of any other planet, there are many factors to consider. Yet, the first main factor is the exact degrees that are covered during the retrograde process and whether or not YOU have a ‘natal planet’, a planet in your Birth Chart, or an important angle (Ascendant or Midheaven) at or near the degrees covered.

Mercury Retrograde occurs on September 27 at 25 Libra 25 and continues until October 19 arriving back at 10 Libra 13. What this generally implies is that the area of your life or person encompassed by these archetypal themes will undergo a period of concentrated focus. This can prove quite positive and productive indeed, it you can tune-in and align with its highest potential. This is where I can help you with the insights gleaned from your Astrology chart.

The Decans of Libra

Waning Gibbous Moon
The moon is currently in Gemini
We use cookies to give you the best experience. Continuing using this site we assume that you are happy with it.Ok