Ingress is the word for the phenomenon in astrology when a point moves out of one sign and into another.  When a point moves from one sign and into another, the influence of energy changes and we can observe this impact on a personal or global scale.  Times of ingress happen as regularly as every 2 and ½ days (with the Moon) and every 13 to 31 years (with Pluto).  The longer the period between ingress shifts, the larger the scale of the change.  This article and future ones about specific point changes will explore the impact of ingress shifts.

When an astrological point is in a sign it has a certain tone or flavor or energetic expression that results in a boundary and range of meanings.  I say boundary because the Aries “tone” is different than the Virgo “tone” than the Pisces “tone”.  And, I say range because within a sign there is a range of degrees, from 0 degrees to 29 degrees 59 minutes (29d59m).  So, while a point (say Jupiter) at 5d10m of Aries and the same point at 17d23m of Aries are both “Jupiter in Aries” they are not “exactly the same” because they fall at different degrees, which will, in fact, influence the meaning.

Ingress occurs when a point at 29d59m of a sign moves into 00d01m of the next sign (Aries to Taurus, Taurus to Gemini, and so on).  A point moving through a sign builds the energy of that sign over time until it reaches the end of the 29 degrees and enters the next sign when it “changes the tone” and begins to explore new meaning.  With faster moving points (the Sun through Mars) the change in tone/meaning can be harder to spot due to the speed of change, while slower moving points (starting at Jupiter and going out to Pluto) can reflect the beginning of “epochs” of change.

The Main Points and Speeds to Ingress

Ingress every 23 days to just over 2 months

Ingress once a year

Ingress every 13 to 31 years (depending on the orbital cycle)

The Signs and Changes in Meaning

Aries energy initiates; it likes to get things started.  Taurus likes to establish and put down roots.  When a point is in Aries, it can be rather “gung ho!”, willing to leap before looking.  Imagine running a marathon, Aries is the gun firing and the acceleration to start the race; Taurus is settling into your pace.  This change is also elemental, moving from Fire energy to Earth energy.

Taurus energy establishes; it likes to “put down roots”. Gemini likes to communicate and learn.  When a point is in Taurus, it can be rather “unmoving”, preferring to follow well-worn patterns.  Imagine a stone fence around a property with a new owner who has the idea to install the latest and greatest modern fencing, or maybe repair the old wall, or perhaps repurpose the stones and have no wall at all, or … (well, you get the idea!).  The elemental change goes from Earth energy to Air energy.

Gemini energy communicates; it likes to “learn all it can”.  Cancer likes to nurture and protect.  When a point is in Gemini, it can be rather “stimulated”, preferring to explore a variety of possibilities.  Imagine a group of people at a rock and roll dance party all dancing away and the DJ decides to play a ballad in the middle of the set.  The elemental change goes from Air energy to Water energy.

Cancer energy nurtures; it likes to protect others.  Leo likes to perform and lead.  When a point is in Cancer, it can be rather “attuned to the feelings of someone in need”, preferring to take care of others.  Imagine a responsible and caring babysitter who realizes he or she needs to “get down to the level of the child” and play.  The elemental change goes from Water energy to Fire energy.

Leo energy performs; it likes to lead others.  Virgo likes to serve and problem solve.  When a point is in Leo, it can be rather “loud” and creative, preferring to “tell stories” for the entertainment of others.  Imagine leading a game of capture the flag and realizing that, as a leader, you need to sacrifice yourself and get captured to help the team win.  The elemental change goes from Fire energy to Earth energy.

Virgo energy serves; it likes to solve problems.  Libra prefers to relate and make decisions through analysis.  When a point is in Virgo, it can be rather serious and determined, preferring to help others in a practical way.  Imagine renovating a bathroom and realizing the owner is not happy with the new design, requiring you to change your work because you want the owner to be happy. The elemental change goes from Earth energy to Air energy.

Libra energy relates; it likes to make decisions. Scorpio likes to penetrate and transform.  When a point is in Libra, it is concerned with fairness and balance, preferring to seek out harmony and the “just way”.  Imagine a relationship that has worked harmoniously for many years that has become stagnant, so a transforming person or event comes along to “upheave” the situation in order to seek a new level of balance, or destroy it utterly.  The elemental change goes from Air energy to Water energy.

Scorpio energy penetrates; it likes to transform people and situations. Sagittarius likes to explore and expand.  When a point is in Scorpio, it wants to get to the “depth” of the matter, preferring to “leave no stone unturned” in its pursuit of the truth. Imagine a powerful piece of hidden knowledge that will change the world and the news agency that will get it out into the widest audience possible.   The elemental change goes from Water energy to Fire energy.

Sagittarius energy explores; it wants to expand and reach the widest audience.  Capricorn likes to set goals and achieve.  When a point is in Sagittarius, it wants to “preach and convert”, preferring to deliver beliefs that will affect the most people and situations.  Imagine taking your great idea to capital investors and getting them to “buy into” your idea with expectations for achievement by investing in you.  The elemental change goes form Fire energy to Earth energy.

Capricorn energy sets goals; it likes to achieve at a very high level.  Aquarius likes to idealize and act authentically.  When a point is in Capricorn, it wants to “be all it can be”, preferring to strive and push for success, which will lead to prosperity.  Imagine the creation of a super-virus, then destroying it for the greater good of humanity.  The elemental change goes from Earth energy to Air energy.

Aquarius energy idealizes; it likes to act authentically for the greater good.  Pisces likes to dream and connect emotionally.  When a point is in Aquarius, it wants work for the greatest good for the greatest number, preferring to do what is right instead of what is expedient.  Imagine the idea of giving women the right to vote and then seeing how that “right” action can bring about an even greater value to society as a whole, improving relationships in seen and unforeseen ways.  The elemental change goes from Air energy to Water energy.

Pisces energy dreams; it likes to connect the world on a spiritual and emotional level.  Aries initiates and likes to get things started!  When a point is in Pisces, it invites a mystery, preferring to reveal through surrender, dissolving, and reintegrating.  Imagine the dream of putting a man on the Moon and finding the people ready to act even without any clue on how to get it done.  The elemental change goes from Water energy to Fire energy. 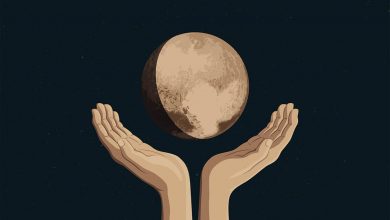 The Meaning of Pluto in the Birth Chart 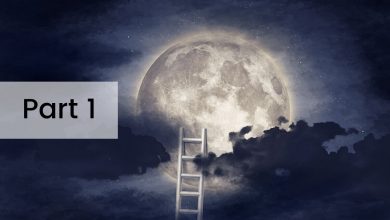 Third Quarter Moon
The moon is currently in Taurus
The moon is 23 days old
Back to top button
Close
We use cookies to give you the best experience. Continuing using this site we assume that you are happy with it.
Accept Read More
Privacy & Cookies Policy
Necessary Always Enabled