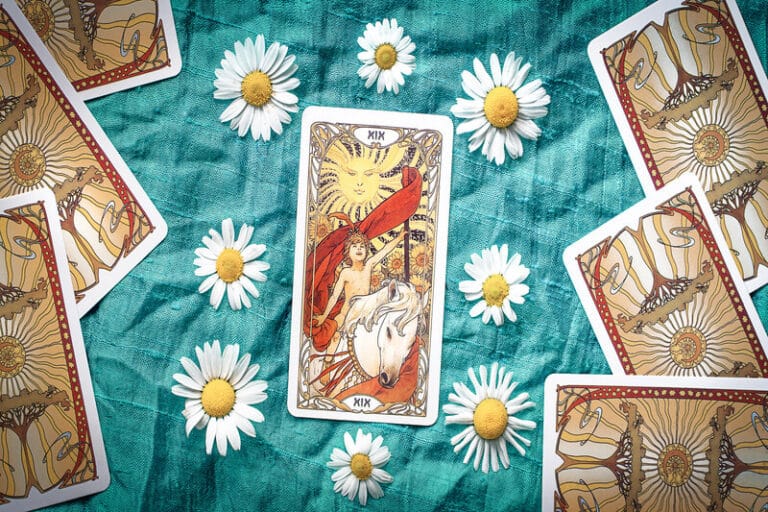 Also, crowdfunding has become yet another way to get a deck published and distributed, especially through Kickstarter. This article will look at the top five publishers and some of their flagship decks.

Thanks to Amazon, we can see not only which decks are the best-selling, but which companies are making and distributing the decks. You will see the list of the top-selling tarot and oracle card decks, which include multiple entries from the largest publishers. The top five publishers are a mix of the size of the publisher and the highest-ranking decks by publisher.

At the time this article was written, this company had the #1, Disney Villains Tarot, and #3, The Nightmare Before Christmas Tarot, decks on Amazon. Having a licensing deal with Disney will put you on the map immediately. Other licensed decks include:

Even though they have a small number of decks, they can pretty much hit a homerun with any new deck that gets to use the most popular TV shows or Movies as the basis for the deck’s images.

Want to Draw a Tarot Deck Based on a Licensed Property

No clear way to submit; just contact them: https://insighteditions.com/pages/contact-us-1

For quite some time, this company had the deck in the #1 spot, the Modern Witch Tarot, which is a modern reworking of the Rider-Waite tarot that has hit the mark for tarot enthusiasts and casual buyers. They have a small, but growing catalog of decks which include:

They are getting new decks out and have a solid anchor point with the Modern Witch Tarot.

Penguin Random House gets us to a traditional publisher that has entered the tarot card publishing game and can make a sustained splash. Their highest-ranking deck is The Light Seer’s Tarot, at #4. Their catalog is a bit more extensive, but not growing as quickly as the first two companies. Their decks include:

As you can see the list is much longer, and they have a second top 10 deck.

Through a literary agent only.

While they do not have a deck in the top ten, they are second only to US Games Systems in terms of the number of decks they offer, which is well over 200! There is a very good chance that if you have been buying tarot decks since 1987, then you have one or more decks from Llewellyn or Lo Scarabeo. Some of their best-known decks are:

They continue to put out numerous decks each year.

Founded in 1968 by Stuart R. Kaplan, it has published over 350 tarot decks, and produces about 20 new titles annually. Decks are marketed through a network of traditional retailers, including bookstores, museum gift shops, metaphysical shops, greeting card stores, and hobby shops, as well as online distributors like Amazon. Best known as the publisher of the Rider-Waite Tarot, the company remains the leader in the tarot deck publishing field.

Besides the Rider Waite Tarot, other popular decks include: