The Synchronicities of the Age of Aquarius

Home » Blog » Astrology » The Synchronicities of the Age of Aquarius 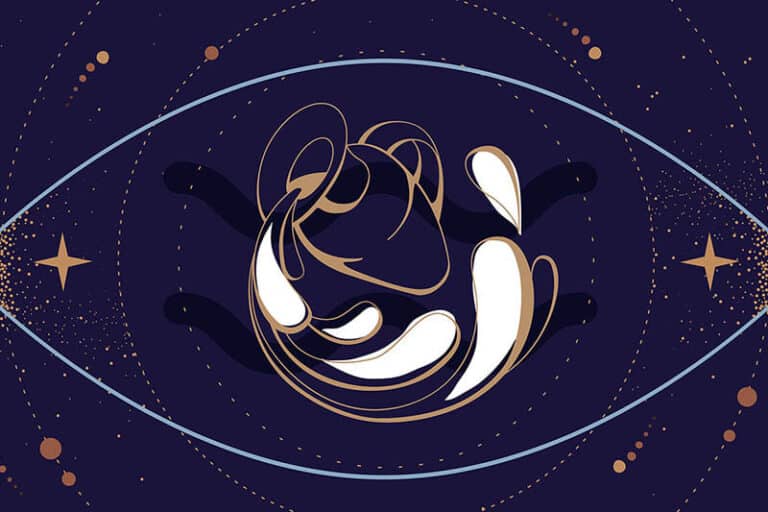 The synchronicities of the Age of Aquarius, which remains in its earliest stages, are indeed revealing our world undergoing revolutionary changes. True to the two ruling planets of Aquarius, Saturn (the ‘traditional’), and Uranus (the ‘modern’ ruler), there appears to be a very distinct divide in society. On one hand, it can be understood as those oriented to Saturn – or to the establishment, government authority and a ‘father knows best’ attitude. On the other hand, Uranus represents that portion of the population that is rebellious, vigilantly aware, and distrustful of the government.

This can also be seen in the previous Age of Pisces, the remnants of which, like the ruins of a fallen empire, linger even now. Jupiter is the traditional ruler of Pisces, and Neptune the modern and, in like manner as with Saturn and Uranus ruling Aquarius, they appear to have manifested as a division of mass religious conviction, versus the fewer who were at least much more neutral and philosophical regarding conclusive convictions.

Yet, now the tables have turned in that the revolutionary volume is higher, whereas in the Age of Pisces, it was the religious conviction that trumped the more neutral and philosophical attitudes, and this was true the world over. However, it is also true that the revolution then did occur but manifested as new beliefs, spiritual leaders, and religions splintering off into their own factions, sects, and cults.

Currently, the two ruling planets for Pisces host Jupiter in Aquarius, and Neptune in Pisces itself. The Aquarian factor is revealing a theme of steady awakening with revolutionary inclinations. This is occurring intellectually, socially, politically, and economically.

Neptune in Pisces, meanwhile, on the high side, reveals themes of spiritual science rising out of the smoldering ashes of dogmatic religions. Yet, in other respects, Neptune in Pisces is manifesting as mass deception and mass denial. Ironically, it is the words ‘science’ and ‘conspiracy theory’ which are serving to lull the herd into a daze of confused convictions, and supporting passivity and compliance to popular attitudes, despite the unprecedented plethora of alternative information sources, (many of which are populated by the very authorities that most people traditionally trusted).

Their voice has been replaced by that of the mainstream media, after decades of trust-building in terms of representing reliable sources of information generally regarded as ‘the news’. As well meanwhile, ‘atheism‘– while not necessarily on the rise, is on the move. Contrary to religious fanaticism, the maneuvering of atheism may be recognized as sociopathy, but it too existed in centuries past under the banner of religious convictions. Furthering the irony, it was under the banner of science that religious dogma and the employ of it for political and economic ambitions, but which now is often used as a powerfully influential mechanism of propaganda. When it comes to the maneuvering of political power, truth is seldom of any real interest.

Neptune in its ruling sign (2011 – 2026) is playing a very significant role in our times. Specifically regarding current cycles, at the time of the historic Jupiter/Saturn conjunction at 0 degrees Aquarius and exactly on Winter Solstice 2020, the Moon was ‘Void-of-Course’ (V/C). Briefly, it carries with it a strong imprint theme of Pisces and its modern ruling planet, Neptune.

Most people do not know what this means even though it can be observed as synchronistic events and felt by people in touch with their emotional feelings and paying attention when it is. The V/C Moon occurs every couple of days and can last anywhere from 1-minute to 2 days. Briefly, the V/C Moon period occurs when the Moon in a sign has made all the major aspects it will while in that sign before it enters the next sign. It is this interim period in the later degrees of the current sign it is in, that is the V/C time period.

Generally, the time period encompassed by the Moon V/C factor can be understood as having a Piscean feel and atmosphere to it. Positively, this Pisces influence can be understood as having a strong ‘right brain’ theme. The right brain is very experiential and sensory as opposed to abstract and intellect, which basically describes the functioning of the predominantly left brain function. This right-brain or Piscean influence makes it a great time for creative and imaginative activities, meditations, naps, baths, leisurely walks and even social gatherings where the mood can take on a rich, communal, ambient, even ‘spiritual’ feeling of communion… However, it is usually not a great time to embark upon new adventures, to start projects, to make major purchases, and even smaller ones tend not to prove as satisfying. And it is especially not a good time to sign important, especially legally binding documents.

There are some exceptions but I will emphasize those technical details at a later time. Of course, people do take such initiatives while the Moon is V/C. Yet, it has been observed by those paying attention that the many purchase and projects and businesses started then, often prove to be poor investments and fail altogether. Admittedly, there may be a built-in sabotage factor stemming from the subconscious knowing that these otherwise ‘free will’ choices are not features of one’s destiny;  the archetypal ‘Gods’ have a way of ‘always participating’, despite all defiance and willful assertions as with the Myth of Perseus…

Yet, what I am more fully referring to, here, is the fact that while the Moon was NOT technically V/C at the exact time when the Sun entered Capricorn, marking the exact moment of Winter Solstice, it was V/C at the exact moment of the conjunction between Jupiter and Saturn, which not only marked the beginning of a new 20-year cycle that the two ‘gas giant social planets’ produce, (a cycle which is directly related to economic cycles), by the way, but also of a 220-year era marked by Jupiter/Saturn conjunctions in air element signs” Aquarius, Libra and Gemini.

Imagine… the entire era was initiated while the Moon was V/C!

Consequently, it may well be that the ‘practical agendas’ planned by various ‘powers that be’ will not transpire as ‘planned’. In their place, however, what is likely to emerge on the negative side is a very significant amount of chaos and confusion. As Perseus learned, the Gods can be taunted and challenged but they ultimately rule, despite all aspirations and willful assertions of the ego-mind. This is where the Piscean theme of surrender comes to the fore.

Specifically, the term ‘surrender’ implies a humble and respectful willingness to enter into a co-creative process. This is where having specific awareness and insight regarding the larger and immediate themes of destiny come to the fore, and is what Astrology is all about. The defiant assertions of so-called scientists who assert that it is all bunk is simply a stark revelation of their religious attitude towards their cherished paradigm revealing their lack of sincerity regarding truth, which would set them to the task of proving or disproving via a process of observational analysis as opposed the usual dismissals of their unacknowledged and unexamined hubris.

On the positive end, the result stands to be the foundation of a new quality of spirituality. Of course, these are very general statements and time will tell.  But, at least they represent a hypothesis for observation. The silver lining in this story comes with a very intriguing, bigger picture theme linked to the Age of Aquarius.