The Power of Visualization 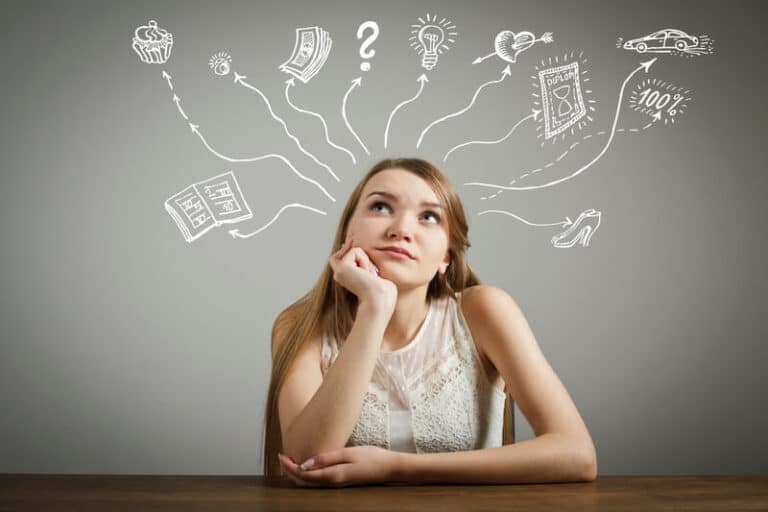 What makes the difference between one person’s success and another’s failure?

There are well-educated failures, and uneducated successes. There are failures from affluent families with plenty of social connections, and there are successes from “the wrong side of the tracks.”

There are extraordinarily talented people who can somehow never manage to translate their talent into material success, who fail no matter how much help they receive. And there are people who finally rise to success, overcoming obstacles and handicaps, even when they have failed before.

Then there are those who are successful in everything they do, who have never suffered a failure of any sort. These people meet with a magnitude of success that is so great, often in the unlikeliest of circumstances, that we conclude they must be somehow supernaturally blessed. We wonder what aspects are in their astrological birth chart or what kind of lucky rabbit foot they carry around in their pocket.

The difference among all of these kinds of people is often summed up as the factor of “luck” — yet no one really believes that it is altogether random. We can’t help but notice that “lucky” people are often those that carry themselves with a natural poise and charisma; the people who attract opportunities out of the clear blue sky are somehow usually those people who have a calm yet radiant confidence in themselves and what they are doing.

The magnetism of such a person has a subtle yet palpable affect on anyone in his or her surroundings; there is a kind of emotional electricity or magnetic field that seems to draw in beneficial influences in the form of the right people, the right information, in the right place — all at the right time. When opportunity knocks — and it often does — these people step up and bring about success with seemingly effortlessness as though victory had already been written in stone.

In truth the advantage that these people have is the ability to envision the realization of their goals. These people can see beyond their current circumstances to that which they desire, and it is the strength of their focus upon their vision that brings these visions into reality. It is the strength of this focus which lends the events of their lives this feeling of “fatefulness”; around such people we have a constant sense that what is happening was “meant to be” — and this is in large part because they meant it to be!

The vision of these people are so powerful that it can encompass an entire business, an entire nation, and even an entire world. It has been said that “man makes his own luck” — and this is true. What is less known is that he does so by creative visualization.

There are many hidden powers of the mind which most of us are not consciously using, in spite of the fact that doing so would put the Universe to work on behalf of the realization of our wildest dreams.

We live in a universe of many dimensions, and it is from some of these other dimensions that we can attract the opportunities for success. Creative visualization is a method to open channels from these other dimensions to bring us the wealth of the universe. It is the key that opens the door to wider worlds, so that we may hand over to invisible hands the instructions for what we want and how we want it to feel, look, taste, smell and sound.

The tremendous potency of this technique for self-fulfillment is agreed upon by occultists, sages, CEOs, media moguls and some of the most successful businessmen in the world. Going back all the way to ancient times, we find the cave-dweller who drew a picture of the animal he wished to manifest in his meal and the monk who meditates upon the glyph which symbolizes the desired state of enlightenment. We may observe the advertising agent who depicts some one who looks just like you consuming his product, and the propagandist who creates emotionally charged material about the world they wish to bring into being.

These creative actions been employed by people in different lands, of different cultures, and for widely different purposes through thousands of years — and that is because they work. They bring the desired result by aligning every level of the individual — physical, emotional and mental —with a desire.

When there is no barrier to what we want, we draw it unto ourselves like the magnet draws iron. This is true whether what we want is an inward power, a skill, a material object, a cure, a piece of information, or a mate. When you can see it with your inner eye, name it with your mind and believe it with your heart, you will very shortly feel it in your two physical hands.

The mind should be held upon a vivid inner picture of that which is wanted, which can be supplemented with a choice phrase. For instance, you may inwardly picture the house you wish to live in, in vivid and specific detail, while saying “My House, My House”.

When the mental and emotional levels of an individual are engaged, united, and brought to single-pointed focus upon an image, an outpouring of energy is unleashed upon sub-etheric planes, creating changes in the magnetic field so that reality begins to transform into the shape of that which has been envisioned.

Ritualistic formalities are helpful in this work, for they engage the deeper emotional and instinctual levels of an individual. It is helpful to create a sacred space or ritual for your Creative Visualization practice, for through an appeal to the emotional nature, you will wakes up more primitive, ancient faculties that understand and remember the laws of the Universe more fully than you do. Even those who are not particularly “spiritual” are affected by the drumming of shamanistic music, the scent of incense, or the shadowy flickers of candlelight. Such formalities suggest to the unconscious mind that we are doing something special and important, and this simple act of subtle suggestion brings forth powers that cannot be commanded into action.

Hold your attention often upon the physical manifestations of that which you desire. Notice the details, qualities, attributes and sensations which you wish to replicate in your own experience. Use the physical world as a stimulus to refine and clarify your desire; let it help you hold your powerful focus upon that wish you wish to bring into the world. Do this often enough, and soon it will not only exist in your mind’s eye — it will be right out in front of you!