The numerology of the Black Widow

Home » Blog » Numerology » The numerology of the Black Widow 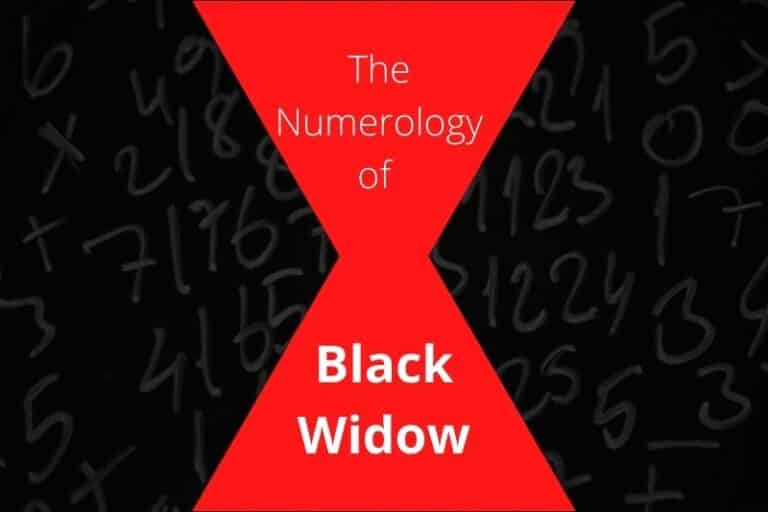 The Black Widow, Natalia Alianovna Romanova, made her first appearance in Tales of Suspense #52, which was published on January 10, 1964, with a cover date of Apr 1964. She is better known as Natasha Romanoff, but her real name is Natalia.

She is one of the best-known superheroines world-wide, thanks to the popularity of Marvel movies. This article will explore her numerology to see how she expresses her numbers.

The number 22/4 is the number of the ideal teammate, who keeps everything together. Originally, in the comics, she is an assassin, who becomes a hero, who eventually joins the Avengers.

Only recently, in the Marvel movie universe did the character become the “heart and soul” of the team, clearly keeping them together after the Thanos snap, and then sacrificing herself to “restore” life before the snap.

The Destiny Number is the total of the full birth name. In the case of a fictional character with a superhero name and a secret identity, we will look at both. Black Widow totals 40, which reduces to 4.

Natalia Alianovna Romanova totals 93, which totals, 12, which reduces to 3. Like any good spy character, she has numerous aliases and alternative names. The best-known are Natasha Romanoff, a “westernized” version of her true Russian name, and Nat, her common nickname from the Marvel movies.

Which is the same as Natasha Romanoff.

The “true” active number is the given birth name. Even if you legally change your first name, the core Active Number is the birth name given to you by your parents. A legally changed name is more powerful than a nickname. And any name used to identify a person in the world is an Active Number. Natalia totals 22, a master number, which reduces to 4.

An individual that has an Active Number 22 can unite many people. Therefore, they prefer to build relationships that will last, connect the community, and support society. A child with a 22 first name will relate to all groups and not just one group. First name 22 people act on relationships as the foundation for healthy community.

Essentially, you inherit numbers from your parents. Most often, the father’s surname is the one that dominates and is known out in the world. The mother’s surname often becomes her middle name after marriage, when she assumes the surname of her husband. Natalia’s last name is Romanova, which totals 36, which reduces to a 9.

An individual that has a Heredity Number 9 inherits compassion from one or both parents. The person must determine how to understand number 9 energy through the influence of the parent. That influence may manifest as support or suppression. In other words, the child gets encouragement to be compassionate towards others or learns that compassion is weakness. Either way the child learns the lesson of nurturing from the parent or in spite of the parent with last name that is the number 9.

The Soul Urge Number is the total of the vowels in a name, specifically the full birth name. The Soul Urge is like an energy charge within the numerology of a person. The number of the Soul Urge “powers” the Destiny Number. In Black Widow’s case, her number is 16, which reduces to 7.

An individual that has a Soul Urge Number 7 draws energy from spiritual belief. Therefore, they operate with a need to find a purpose to generate energy. These individuals are often philosophical, psychological, and spiritual. Accepting that you need to believe in something to get what you want and to get things done will help you be more successful in your relationships and endeavors.

In Natalia’s case, her number is 44, a master number, which reduces to 8. An individual that has a Soul Urge Number 8 draws energy from goals. Therefore, they operate with a need to achieve to generate energy. These individuals are often striving, forceful, and powerful. Accepting that you need to lead to get what you want and to get things done will help you be more successful in your relationships and endeavors.

An individual that has a Personality Number 6 presents as helpful to others. Therefore, others see them as either nurturing or passive aggressive. People who value caretakers will expect a Personality 6 to fulfill that role in life. Do not be surprised if people treat you as someone who is always there to support them, even if you want to have your own life.

For Natalia, her number is 49, which totals 13, which reduces to 4. An individual that has a Personality Number 4 presents as stable and reliable to others. Therefore, others see them as either dependable or stubborn. People who like hard workers will expect a Personality 4 to fulfill that role in life. Do not be surprised if people treat you as someone who “has it together”, even if you cannot balance your bank account.

In Black Widow’s case, her Soul Purpose Number is the total of her Life Path Number 4 plus her Destiny Number 4, which totals 8. With a 4 + 4 combination, she is here to “lead by establishing a legacy”.

In Natalia’s case, her Soul Purpose Number is the total of her Life Path Number 4 plus her Destiny Number 3, which totals 7. With a 4 + 3 combination, she is here to “understand by creating something that lasts”.

It is most interesting to see the repeating numbers throughout both names: 4 (four times), 22/4 (two times), and 7 (two times). The character’s most dominant numbers combine by working together and establishing her as a reliable and steadfast personality in the storytelling.