The Many Faces of the High Priestess in Tarot Cards 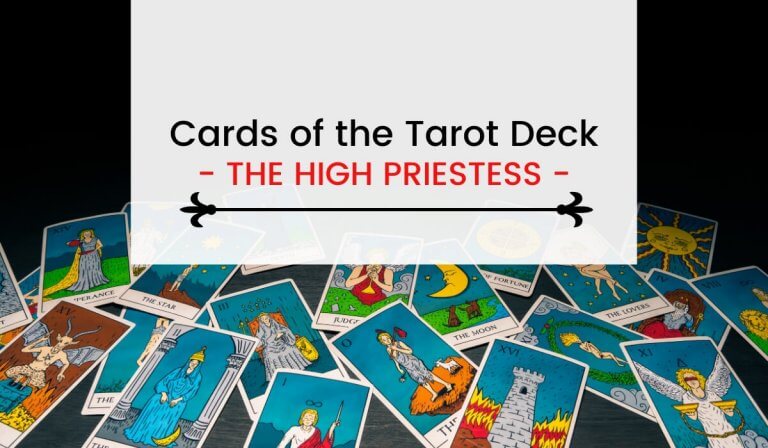 This article reviews The High Priestess, which is the number II card of the Major Arcana of the Tarot cards.  She represents the lessons we learn from difficult experiences.

The High Priestess, the Meaning of the Card

The Fool is the protagonist of the narrative who is taking the journey through the Major Arcana and the four suits of the Minor Arcana.  Think of each card as a chapter in a story. The main story is the Fool’s journey through the Major Arcana, beginning with the Magician and ending with the World.  The second card, the High Priestess, represents the lessons we learn through hardship and the consequences of our choices (the Magician).

Each subsequent card is a karmic, moral, or archetypical lesson for the Fool until he or she arrives at the World, which is the culmination of a significant learning cycle.  The High Priestess is most often depicted as a younger woman in ceremonial robes with a moon symbol for a crown, either a full moon or a crescent moon.  She is seated and looking directly out from the card.  Her association with the moon reflects “unclear” or “reflected light” aspects of the life journey.

She sits between two columns, one is black, representing death and the underworld and the other is white, representing light and life.  The letter B is on the black column and the letter J is on the white column (Boaz and Jachin, respectively). Boaz signifies negation and Jachin signifies beginnings.  Her placement between the two pillars indicates her ability to move between the two worlds and to connect them with her knowledge and experience. 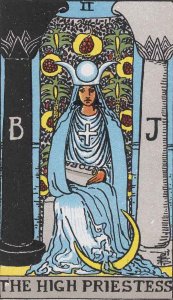 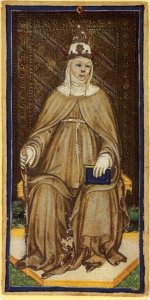 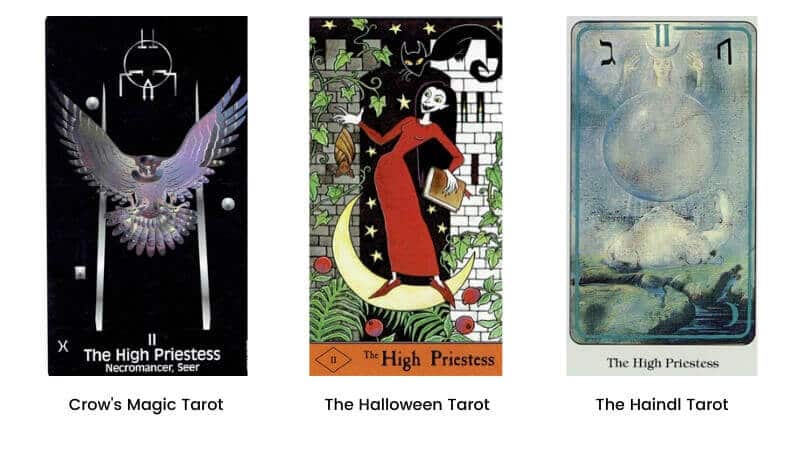 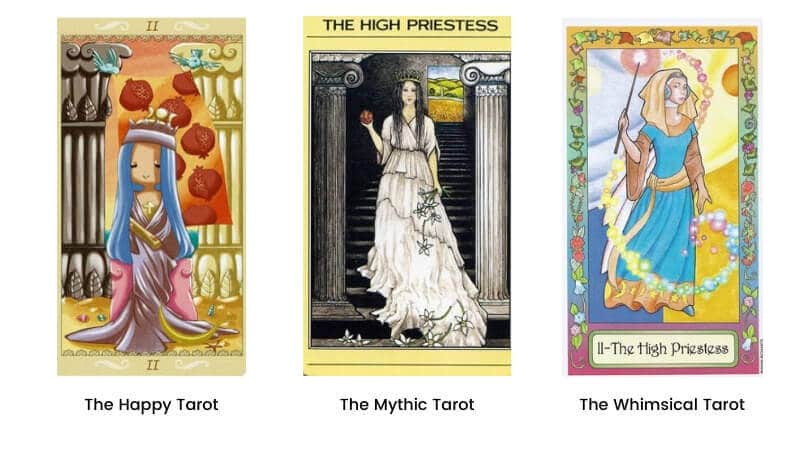 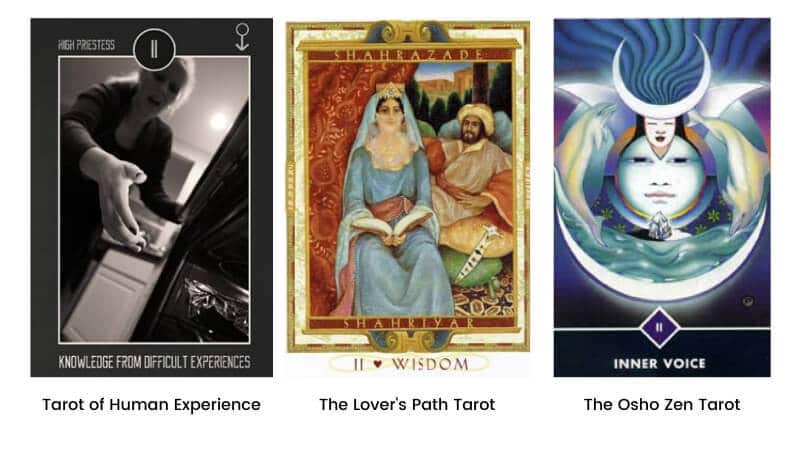 As you can see, many of the cards consistently show an image of the two pillars or the moon. The Whimsical Tarot, Tarot of the Human Experience, and The Lover’s Path Tarot deviate the most from the traditional images.

If you happen to draw the card in a reading, regardless of the question and subject, you will be “asked” to share your lesson with someone or try to understand how the situation is supposed to teach you something important.  Perhaps your question is, “should I stay in my marriage?”

You draw the High Priestess. Each circumstance will be different, and the High Priestess may be telling you that you need to acknowledge the difficulties in the marriage and assess if they have taught you valuable lessons that make staying in the marriage worthwhile.  Or, have the lessons taught you all you need to know, and you have nothing else to learn, so it is time to move on.

What are the emotional issues in the marriage and how is emotion used and interpreted by both people? What is the practical status of the marriage; are you in debt, flourishing financially, enjoying a great sex life, or stuck in celibacy? Are you still inspired by your relationship; is it still an adventure or does it need one of you to relight the flame with a spark of some kind? Do you understand one another and communicate easily, or do you need a negotiator to help you order pizza together?

There is the potential to have a responsibility as a guide for others, a spiritual adviser, but you have to decide if you want your lessons to be wisdom you impart to others or just lessons you are happy to have behind you that you would rather not revisit.

In the Fool’s journey, this card is the “first consequence” of the choice that was made by the Magician.  The Fool discovers that some choices lead to harsh or painful consequences that broaden his or her world view (hence the position between the black and white columns).  The High Priestess is an archetype for the moment when we realize that we most often exist in the world between the black and the white, and we must figure out how to navigate complexity.

What Is the Reality Behind Praying to Angels?