The Magic of Water 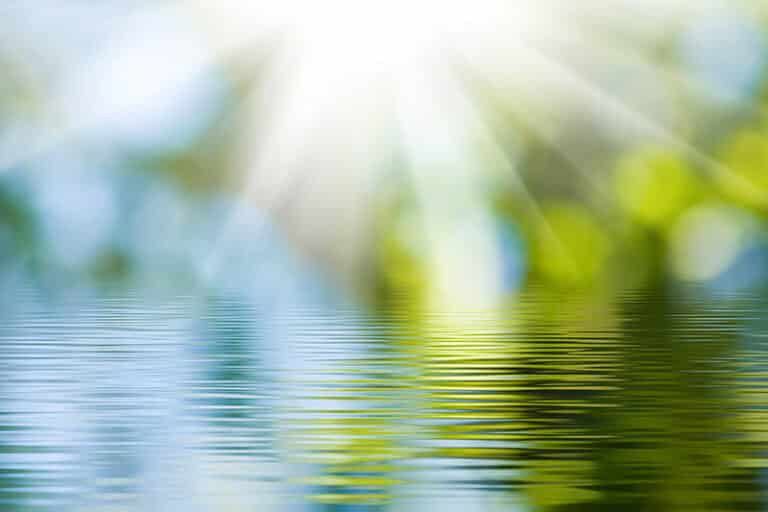 It’s easy to be complacent about something that so many of us have infinitely available in our own homes.  There are few of us who have lived in conditions without clean running water, a local spa and a plumbed in hot shower in our homes.

This is a gift however, generations before us have worked hard to provide the facilities that we take for granted.  Our bodies are made up of around 60% water, without it we cannot live and would die within a few days.

Clean water means that we don’t have to worry about dysentery, cholera or typhoid.  It also means that we can create healing vibrations using no extra tools than the water from the kitchen sink!

We all know that we should consume a minimum of 2 liters of water a day to keep our bodies healthy.  It is standard practice in modern life to bathe or shower on a daily basis also.  How reliant we are on this wonderful liquid.

Without washing in it we wouldn’t just smell, we would leave ourselves prone to infections and damaging, corrosive bacteria.  Drinking water every day is how we keep our cells in good working condition, allowing them to divide and replicate efficiently.

It keeps our blood pure and helps the metabolism to stay in good enough condition not to retain or accumulate excess fat.  It also helps prevent headaches, blocked pores, and fatigue.

Water as a Therapy

Despite it appearing weightless as a gas, or as snow, the pressure of water as a liquid is profound. Divers are advised not to exceed depths of 130 meters, as the excessive pressure can cause changes in the lymphatic system to a point at which it can be fatal, especially when ascending back up to the surface.

On the contrary, water in pools provides an amazing resource for those who have issues with bones, muscles, or chronic pain.  The pressure of water is like a kind of cushion which can help movement and increase flexibility and support the healing process.

Floatation tanks are an amazing meditation tool, and a wonderful way to escape the feeling of being in a physical body for a time.

Swimming is also one of the most therapeutic forms of exercise; supporting the body and providing a form of physical and mental freedom that can only be emulated by motor-powered forces otherwise.

It was the Romans who introduced the concept of spas to the UK, creating the first one in Bath. These practices were frowned upon by Henry VII, but re-introduced into favor by Elizabeth I, with many new spas opening during the reign of Charles II, who visited them himself for their reputed healing properties.

It was during the Victorian era that spas were the most popular, however.  In 1842 the Malvern Water Cure was created and was said to stimulate lymphatic drainage. Malvern water was popular with Queen Victoria, Charles Dickens, and Florence Nightingale.

Victorians traveled in droves to visit spas, utilizing the expanding railway network which facilitated faster travel and was intrinsic to the new concept of ‘tourism’.

Whilst the purity of the spa water; which bubbled naturally from underwater crevices, fell out of favor over time, the market for pure spring water has never disappeared and has resurged in popularity again and again.

Malvern water is still renowned and bottled water is a massive industry.  Plastic can eradicate some of the health properties, however, especially with bottled water that has been left in the sun.

The concept of holy water has been around for centuries and is referred to in the old testament.  The preface is that the water is blessed by a certified holy person and this imbues the water with healing properties and magical qualities.

In 1858 an apparition of the Virgin Mary in Lourdes, France was seen by a young peasant girl.  She was instructed by the vision to dig at a point where she would find a natural spring.  After uncovering the spring, it was declared that this water was blessed and powerfully healing.

Cavities were created for the water to flow into and people began to flock to the area to drink the water and bathe in it.

To this day the water is bottled and distributed globally and sold in many shops in the area to cater to all of the spiritual tourists.

The concept of homeopathy was devised by Dr. Samuel Hahneman in the 18th century, Germany.  His original work was based on symptom matching and finding plants that created the same maladies as particular illnesses.  He hypothesized that perhaps he could cure malaria by treating the patient with a diluted solution of cinchona bark which created the same symptoms.  Cinchona bark contains quinine, which is still known to be the most effective treatment for malaria.

The principles of homeopathy have advanced to incorporate many different botanical extracts, all of which are said to have more efficacy when they are diluted more.

The principles of increasing water content making the drug more effective are still not accepted by mainstream medical science, despite the excellent results of homeopathic treatments.

It also shows that water has a sort of ‘memory’.  When water is imbibed, because the nature of it is the main constituent of the human body, it can infiltrate into every area.  The H2O cells carry information which communicated to our body on a cellular level and can teach it to emulate the behavior of the molecules which have imprinted the behavior of the botanical extract.

Hence, homeopathy is a form of treatment that uses the memory of water to ‘teach’ our body on a cellular level how to heal itself.

Bach Flower Remedies work on the same principle as this but work on rebalancing the emotional body and the prevention of ill health, rather than the cure.  I have written in more detail Bach Remedies in an earlier article.

In 1999 Japanese Doctor Masuru Emoto published a book that revealed the diversity of frozen water crystals.  He explained that water would retain and emulate its environment, to the point where it could reflect thoughts and energy it was exposed to.

In his books, he published photos illustrating the effects of water which were imbued with particular thoughts.  For example, he would fill a bottle with tap water, and write a word on it such as; anger or love or compassion and then freeze the water and photograph the molecular structure of the water crystals a while later.

The results are amazing and open up a massive possibility in healing, that has been closed down by the mainstream, as they obviously pose a threat to conventional Western treatments involving drugs and symptom-relieving.

Dr. Emoto famously refused a challenge to create the same circumstances in a controlled environment, which of course would be infused with so much skepticism that it would be impossible to create the energy of love and kindness.

Directing pure energy is not easy and neither is it easy to emulate his experiments and photograph the water crystals, once frozen, outside of a laboratory.  It is possible to try this at home though. Why not fill a few bottles with water and put labels on them such as; love, healing, kindness, magic, prosperity, and then drink the water.  If we all prepared the water that we drank beforehand perhaps it would have a profound effect on our cells?

What do you think?  There are many photographs of Dr. Masuru Emoto’s work and many attempts at discrediting him also.

Are you inspired as I was, or are you not open to the possibility that magic could be accessible and possible within the most available substance in our modern lives…

Reiki blessings and healing to all~~~