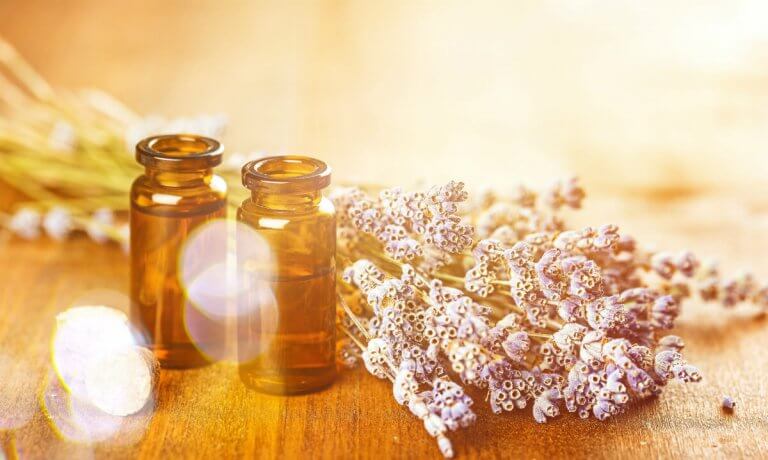 Bach flower remedies were talked about more in the 1990s, during which time I approached Norma Major hoping to educate her upon them and therefore raise their profile.  She told me that she already carried her little bottle of rescue remedy with her everywhere and that she was already very convinced of their efficacy.

The history of Bach remedies

The founder of Bach flower remedies was Dr. Edward Bach who was born in Moseley, Birmingham in 1886 (the area I live in myself).  He was a trained physician and doctor, specializing in learning more about the importance of the colon to overall health.  It was when he had a severe health scare in 1917 from which he was told he would not recover, that his life direction changed.  Although he had been given 3 months to live after a cancer diagnosis, his health was the best it had ever been within a few months and he started to discover flower remedies.

The method of determining the remedies

One of the most fascinating elements to Dr. Bach’s methods was that; although he was very highly trained in conventional medicine, he used his intuition and emotional body to research and develop his knowledge on the remedies.  It was as if he was acting from a completely different persona and he developed an immensely sensitive and probably even a psychic sense whilst he was working with the flowers, and effectively ~communicating~ with them.

He would pick a small flower and balance it on his tongue in order to ascertain what properties it could be used for in balancing health.

What do Bach flower remedies do?

The remedies work on the emotional body and help to balance our overall health by dealing with imbalances when they first occur.  Dr. Bach had observed, over many years as a professional medic, that often ill health was preceded by emotional stress, fear, and worries.

It took him a number of years to identify particularly flowers that related to certain emotions which he was aware were directly connected to ill health.  His first published work was called, ‘the twelve healers’ but over time he did, in fact, find 38 different flower remedies that could all balance different emotions and therefore restore the body to full health.

How do the remedies actually work?

Bach flower remedies work on the same basis as homeopathy, relying upon water to rely on information from the flowers, back to our physical cells.  They are made by floating flowers in water, which are then left for hours in the sun, allowing all of the energy and positive attributes of the flowers to transfer to the body of water.  Water is known to hold memories of feelings, and whatever it comes into contact with, although at this time Bach would have had little way to know this, beyond the use of his own intuition.

After the water has imprinted the energy of the flowers it is transferred into small bottles, where it is mixed with simple brandy to preserve it.  These remedy bottles can be purchased and only a small amount needs to be dropped onto the tongue for ‘flower power’ to take effect.

Is Rescue Remedy the same as this?

Yes, rescue remedy is making in this way.  Rescue remedy is a composite solution of 5 of Dr. Bach’s 38 remedies; Cherry Plum (for fear of losing ones’ mind), Rock Rose (for extreme stress and trauma), Impatiens (for impatience, tension, and anxiety), Clematis (for faintness, breathlessness, and light-headedness) and Star of Bethlehem which works on the basic principle that all of us hold some grief, stress, and tension in our bodies.  On this basis, Dr. Bach recommended that the first remedy to be taken would always include Star of Bethlehem, as not only is it soothing on a level that we all require comfort on, it also helps our bodies to open up to the principle of allowing the remedies to take effect.

Where all of the remedies are listed above with the negative traits that they are said to treat, they all also have their positive version and vibration.

Did Dr. Bach need the flower remedies himself?

Dr. Bach had a belief that all people had a ‘type remedy’ and this was based upon his 12 healers, originally discovered remedies initially.  The preface was that each person would have a predilection to certain types of emotional imbalance, whether based upon developed habits, or childhood necessity, all of us have areas of our characters which show common repetitive weakness.

It is, of course, liberating and enlightening to discover what ours are, as we can then become more mindful in displaying these traits, and also ensure that we have the Bach remedy which correlates to hand so that we can help balance ourselves more easily.

Dr. Bach stated that his own ‘type remedy’ was Walnut.  Walnut helps us to adapt to change and to ensure that our soul path it put ahead of fears, restrictions, and duty.  One would guess that Bach was keen to move out of traditional medical science for a long time on this basis and it took great health care for him to have developed the courage and indeed, be forced to take the time off work to discover his true ‘calling’.

The 39th Remedy and my own research

I have personally studied the Bach remedies since I was a teenager, having had the fortune of being taught my friend’s mother who was a practitioner, using the flower remedies to heal animals.  She told me at the time that I was a clematis ‘type remedy’ as I always had my head in the clouds, often removed from reality.  This was a trait created by growing up a very small house with too many loud people, the only solace was to escape into my mind and recreate my reality.  This, in turn, developed a very vivid and powerful imagination which often correlates to those with the clematis imbalance.

I never lost my interest in the Bach remedies, but I did undertake to study them in great depth on a few occasions so that I got to know them all vividly and as well as a practitioner would.  During one of these periods, I had a strong feeling that one of the remedies had not been discovered.

Around this same time, I also was trying to find hawthorn flowers, as I had an intuitive notion that they were important to me.  I was experiencing allergic dermatitis at the time and felt that hawthorn may soothe this.  Of course, after walking for miles I found a hawthorn bush at the top of my road.

The following week I was thinking about the flower remedies and how none could quite work on the emotional block I was experiencing in my heart chakra.  The cleansing I required didn’t quite relate to any of the causes that the 38 remedies described.  I had tried them all.

I visited a friend and as I was sat in his minimalistic, country cottage lounge, I flicked through the only reading material available, a country magazine.  As I picked it up, it opened on a two-page spread about hawthorn and how it healed the heart on a physical and metaphysical level.  I had one of those moments of eureka in which my heart completely unblocked, and euphoria enveloped me, I knew something amazingly powerful had occurred.  I knew my question had been answered.

I now use Hawthorn tincture in all of my remedy bottles and have since found my twin flame, but that’s another story.

7 Tips on How to Attract a Pisces Man