The Lower Self and Higher Self in the Natal Chart 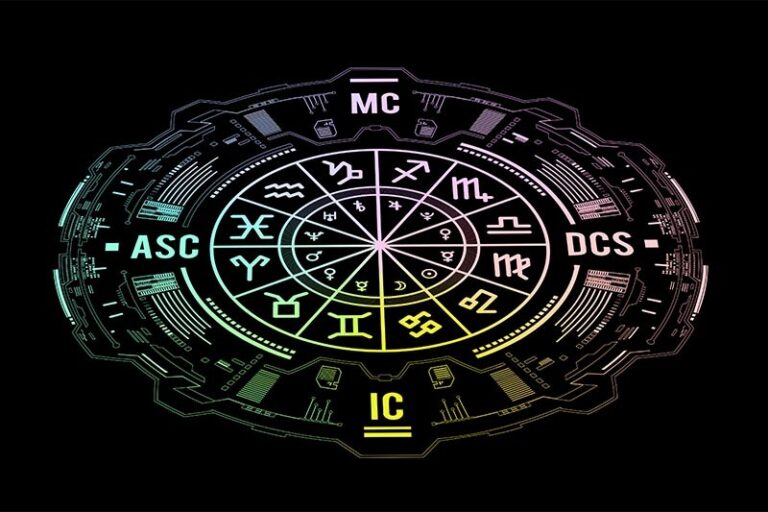 The esoteric conception of the human being consists of two differentiated aspects: a Higher Self and a Lower Self.

The Higher Self is immortal and eternal. It is the unit of evolution, subject to neither birth nor death, but growing, developing, and expanding continuously alongside the evolution of the Universe itself.

The Lower Self is mortal and temporal. It is what we might call the Personality (as distinguished from the Individuality of the Higher Self). It is the ‘you’ that you know in this current time and space reality.

The Individuality chooses the conditions of the Personality based on the successes and failures of its most recent incarnation, or upon its desires for certain experiences. While you, consciously, may dislike certain aspects of your physical body, family of origin, cultural upbringing, physical environment, or any other circumstance that you were born into, your Higher Self chose these purposefully because of the valuable opportunity for growth that they presented. The Higher Self does not care to avoid discomfort or pain if it will inspire the individual to evolve along the desired trajectory of growth. One lifetime is, after all, very brief when considered in the context of eternity.

The Higher Self picks not only the physical circumstances of the incarnation but also the birth chart of the individual, which is to say the temperament and destiny of the human being. The Higher Self chooses to incarnate at a certain moment so that the personality is shaped according to certain celestial influences.

The Higher Self is the spark of pure life essence about which the temporal personality is organized. The Higher Self is to the Lower Self what the grain of sand is to the pearl. Yet the Higher Self may choose innate impediments to its own self-expression by incarnating with a disharmonious birth chart as a kind of deliberate experiment. After all, that which doesn’t kill you only makes you stronger— and nothing can kill the Higher Self. Just as we use heavy dumbbells to make ourselves stronger, the Higher Self may take on a difficult challenge in order to evolve in a certain direction or at a faster rate.

We may witness the essence of the Higher Self in the spiritual nature and highest modes of thinking of any individual. This, in common parlance, is what we sense when we “see the best in someone” or we intuit their highest potential.

The Lower Self, on the other hand, consists of the concrete mind which is built up out of sensory experiences in each incarnation, as well as the emotional nature, the instinctual nature, the aesthetic sense, and the physical body itself.

All these types of consciousness are synthesized into one whole of a human being, like a chord of music that to the unskilled ear seems like a single sound but which the ear of the trained musician can analyze into its component parts. Astrology gives us a window of analysis through which we may discern the different levels of consciousness which pertain to the Higher and Lower Selves, and the harmony or disharmony which exists between them.

The Sun is the astrological body most commonly identified with, as Sun Sign astrology is the form of astrology most widely known. Thus, we might believe that the Sun indicates the Lower Self, as it is supposed to indicate the qualities which are most recognizable and apparent in the personality.

However, any astrologer will tell you that the Sun is frequently unexpressed until later in life, as it needs to be “discovered” and integrated into the personality. Many people have to grow into their Sun sign, as they try out different things and discover “who they really are”. For this reason, the Sun is the ultimate symbol of the Higher Self.

The phenomenon of self-discovery indicates the fundamental reality of the Higher Self. It has a clearly defined essence; it represents a fundamental attunement of consciousness which we must honor and submit to, rather than an aspect which we can shape and mold according to our own will.

Many of us learn that we have a nature that goes far deeper than our conscious will or intention when we pursue a career, course of education or relationship that we think we dearly want, only to find that it does not satisfy us at all.

Earlier in life, especially in childhood, one is more likely to express the qualities of the Moon sign than the Sun. The Moon, along with the other inner planets of Mars, Venus and Mercury represent the basic personal factors— that is to say the Lower Self.

These planets, which orbit most closely to the earth, represent the personal factors that feel “closest to home”— those that are easily felt and recognized consciously. These include our way of emoting, reacting spontaneously, and establishing security (Moon); our style of reason, cognition, perception, and exchange of information with others (Mercury); our need and capacity for love and close relationships (Venus); and our drive toward action self-assertion and sexual experience (Mars).

Moving out beyond the close orbit of the inner planets, which represent the basic personal factors, we find Jupiter and Saturn, which symbolize deeper motivational factors of the Higher Self.

The Higher Self makes great use of Jupiter and Saturn, the latter creating problems, setbacks, and even disasters that catalyze growth, self-overcoming, personal development and creative solutions, and the former being the resilience and optimism which propels one through such difficulties toward greener pastures.

The outermost planets refer to transpersonal factors and to the transformative energies within the life of each of us. These planets are totally beyond conscious control, just as the actual planets are markedly beyond the earth.

Uranus, Neptune and Pluto symbolize the most profound sources of change in life (including birth, death, and rebirth). These planets are the significators of transcendent dimensions of experience which radically shake up and transform outdated patterns of life when they become active.

The placement of the outer planets in the birth chart tells us much about how the Higher Self is translated into being through the Lower Self. Harmonious aspects with the outer planets mean that the individual has a more open channel of access to the higher dimensions of his own nature. This may manifest as frequent flashes of inspiration, epiphany or insight, or an openhearted mystical connection to life which makes vicissitudes of change more navigable or at least less painful. One with harsh or very few aspects to the outer planets may have a hard time connecting to spiritual truths or cultivating a sense of purpose or destiny.

Of course, the ultimate determining factor in any life is the free will of the individual. Many skeptics of astrology dislike it because it seems to prescribe a way of life or indicate the proper way one should be. However, in this quandary we find the great paradox that in submitting yourself willingly to the bondage of a higher order, counterintuitively, you are set free.