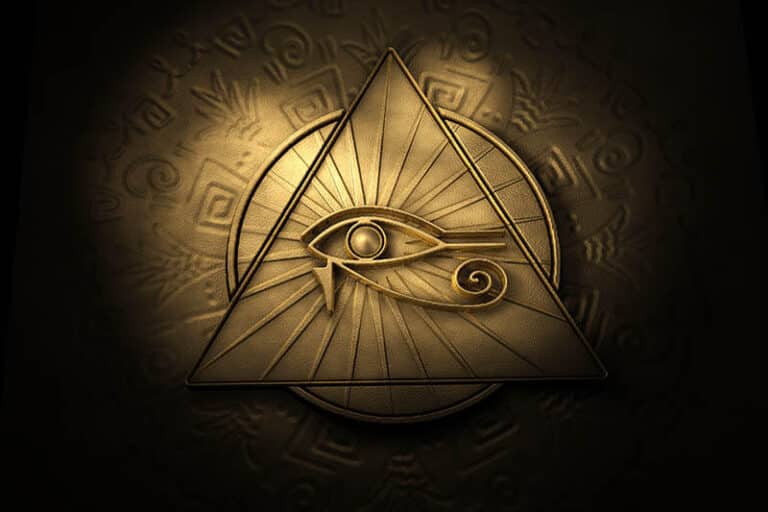 Modern tarot decks use many different themes.  Among the most popular are animals, cultures, and mythologies.  Mythology uses supernatural beings or occurrences to explain everyday phenomena and every culture has fantastical tales involving larger-than-life gods, goddesses, heroes, and heroines.  This article will present the best decks that use the mythology of culture as its theme.

Greek mythology is the best-known mythology in Western culture.  With numerous tales involving gods and goddesses, and their heroic and often tragic children, these myths inform Western literature, entertainment, and popular culture.

First published in 1986, this deck is excellent on many levels.  The creators of the deck, Juliet Sharman-Burke, and Liz Greene, relate Greek mythology expertly and uses four different heroic journeys for each of the suits: Orestes for the Swords and Air, Jason for the Wands and Fire, Psyche for the Cups and Water, and Daedalus for the Pentacles and Earth.  The many Greek gods and goddesses make up the Major Arcana.

This deck has done well enough to receive updated artwork and reprinting in 2011.  Unfortunately, the reworked cards and book do not include the workbook that came with the first printing, which is well worth tracking down through a used book reseller or eBay.  I purchased the deck the year it came out and still have my original workbook with my notes.  The workbook is a fantastic learning tool.

Published in 1989 by US Games, this deck is currently out-of-print, so you will need to locate a copy through an online book reseller, eBay, or New Age shop.  The deck did not come with a book, but the creator Clive Barrett did write one for the deck.  It is also out-of-print, but certainly worth tracking down if you want this deck in your collection and for use as a reader.

The cards are well-designed and the artwork is solid, if not spectacular.  The companion book does a nice job describing the myths and how they can be used to interpret each card.  Norse mythology is as rich as Greek mythology even if it is not as well-known or popular.  Organized much in the same way, there is the All-Father, Odin (similar to Zeus), with a rich cast of gods, goddesses, and heroes to round out the tales from the Nordic region of the world.

Even though Greek mythology informs almost every classical tarot deck in some way, there are not as many Greek mythology decks as there are Egyptian ones.  Published by Llewellyn in 2000, the deck can be purchased without the companion book.  However, if you do want the book, it is sold with the deck in a “kit”, described as:

This kit combines Alasia’s incredible deck with the in-depth studies of Berti and Gonard. These authors guide us through the magic of the cards. Explore the mysteries of ancient Egyptian knowledge as they are revealed Arcanum after Arcanum through the description of an enchanting initiatory rite. Kit includes 78 full-color cards and a 160-page book.

The cards are the most common size, 3 in x 5 in, and printed on standard card stock.  The Amazon description states:

Amazingly detailed and gracefully beautiful, the tempera-on-papyrus paintings meld the stunning style of ancient Egyptian art with the mysteries of the Tarot. To shape the interpretations, the artist relied on the conceptions of Jean-Baptiste Pitois, who linked the Tarot tradition to the legendary Book of Thoth. Replete with ancient and exotic symbols, these cards speak to the soul.

This deck is certainly worth owning if you have an affinity for this mythology or you want to round out your deck collection with the best-known Egyptian tarot deck.

This is a beautiful deck inspired by Indian mythology published by Yogi Impressions in 2011.  The amazon description says:

The Sacred India Tarot is unique in its synthesis of two mystical and meditational streams of world culture – the Tarot and Indian mythology. They blend amazingly well without compromising their own truths and cultural integrity. This is the first and only Tarot deck to work solely within the parameters of sacred Indian mythology – almost the only living mythology today. Millions of people daily worship, or meditate upon, the deities depicted within. This gives The Sacred India Tarot an unmatched spiritual power and contemporary resonance. The Major Arcana depicts the archetypal forms of the gods and goddesses of India. The Indian epics, the Ramayana and Mahabharata, form two of the themes depicted in the suits of the Minor Arcana. Other themes in the suits include the life of the Buddha, and the great love story of the culture – that of Shiva and Parvati.

There is a premium edition you can purchase that comes in a “sturdy box with magnetic lock” and a 350-page book of explanations about the cards.  As you can see from the sample cards above, the artwork is beautiful.  The card stock is standard and will stand up to repeated use in readings.

Indian mythology is one the most complex and becoming more and more known to Western culture.  If you have an interest in this culture or want to round out your tarot deck collection, then this is the Indian tarot deck you should get.

There are actually two decks entitled Native American tarot, one published by US Games Systems in 1988 and another published by Llewellyn in 2005.  The one I am recommending is the newer version published by Llewellyn.  While this deck does not have a companion book, there are plenty of resources to seek out to delve more deeply into the myths, images, and stories represented in this deck.  The brief Amazon description states:

The symbolic language of Native Americans is extremely profound yet immediate. It is close to the rhythms of the sky, whose messages are heard and interpreted by the Shaman, the intermediary between the sky and the earth. The centuries-old wisdom of Native Americans blends seamlessly with the spirit of Tarot in this exquisitely crafted deck.

Like most decks that come without a companion book and seek a mass audience, the cards are 3 in x 5 in and printed on standard card stock that will hold up to repeated use.