Tea Leaf Reading – How Drinking Tea Leads to Your Future 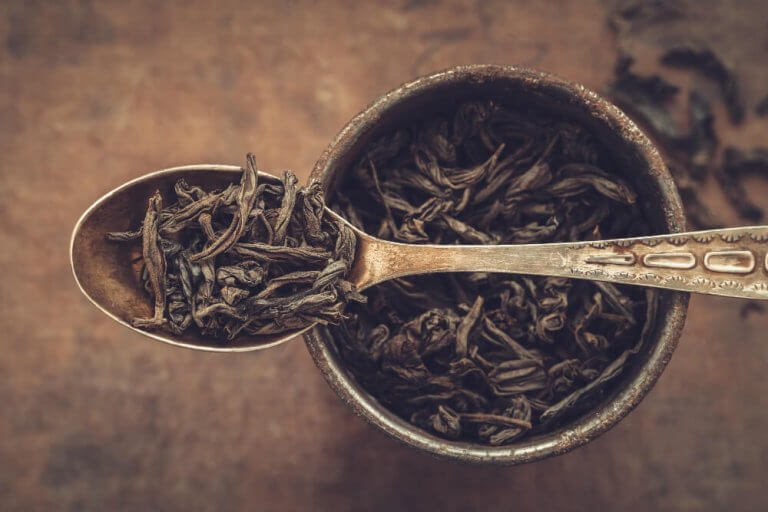 Tasseography is a rather technical term for what is more often referred to as tea leaf reading. Among all divination forms, it is often considered the most basic probably because it was and still is performed mostly by women at the kitchen or dining room table. In modern times you will often find readers doing it in the backrooms of metaphysical shops. A reading can reveal anything from major events in a seeker’s life to one that spans a month touching on areas such as work, relationships, family, health and everything else ‘under the sun’.

After reading tea leaves for 22 years, I can divide those who seek guidance from me into two categories. Ones who have never heard of this divination modality and those who insist it is top of their preference list when it comes to psychic guidance. How the reading unfolds is the same regardless of the seeker’s motivation.

The client arrives at the tea room, metaphysical shop or home where the tea leaf reader offers her or his services. A teacup and saucer is selected from several on display. The reader pours black, green or herbal loose leaf tea into the cup. The cup’s liquid is drunk by the seeker and tea leaf patterns remain. The psychic directs the client to turn the cup upside down onto the saucer. After spinning it around three times with the non-dominant hand (thought to be the intuitive side), the cup is passed back to the reader. He or she views the clumps of leaves spread out on the sides and bottom of the cup. The psychic’s intuition influences her eyes to see pictures in the leaves. This is the way, the seeker is given information on highlights for approximately the next year.

Absolutely ‘everything under the sun’ can be divined. Work, love life, travel, school, family, health, spiritual situations, death, crime, hobbies, money matters — what can be revealed through the images in the cup is infinite.

Where did this unique form of divination, along with its ‘cousin’ coffee ground reading, begin? It started hundreds of years ago so details of its beginning are hazy. Perhaps it was first done in India and other Asian countries as an offshoot of where tea was first grown. From there, Gypsies or Roma evolved its practice in Romania and, because they are nomadic, throughout Europe. They offered their tea leaf and tarot card readings wherever they went as an enjoyable and interesting way to make a living.

A British woman once told me that when she was a child in the early 1900s, Gypsies would knock on their door while the family was having their afternoon tea. They asked if the family wished to have their teacups read.

The woman suspected that her mother always let the Gypsy in because she was afraid to say, “No.”  The fear probably hailed from being scared of people with different psychical appearances, customs, and lifestyles.

I first began to do tea leaf reading when a friend asked me to help her plan a tea party. We thought inviting a tea leaf reader to attend the event would be the ‘icing on the cake’ that would make the event a success. When we could not find one, it dawned on me that I could give tea leaf readings at the party. Reading a book on how to do it — that I had bought years earlier — would guide me. At the party, one of the first readings I did was for a woman whose young son had Attention Deficient Disorder (ADD) and was struggling in grade school. As out of nowhere, I spontaneously came up with several ideas that could help the child navigate the obstacles in front of him. For me, it meant that tea leaf reading could assist people in things that really mattered to them. It was not simply ‘getting a letter from a friend’ trivia. People can be helped with very important matters that challenge them. To this day, I am still delighted and uplifted by making divination my career.

The most shocking reading I have given was to a woman who entered the back room where I was giving readings in a New Age shop on Salt Spring Island, BC, Canada. She sat impatiently across from me until I saw a clump of leaves in the cup that somehow looked watery to me. In the same intuitive flash, I saw her marriage partner. “It seems that you do not get along well with your husband,” I said as tactfully as possible. “Now you are getting somewhere,” she said, pounding the air in front of her with one hand.

Turned out her husband had attempted to kill her. The woman’s question was: “Did he plan to kill me or was it in a fit of rage that I almost died? “I saw a boat in the cup and shared this with her. She confirmed that they had gone out in their boat the day before he attempted to murder her by shoving her head under the water in their bathtub. I relayed the message I intuitively picked up: He planned to throw his wife over the side of the boat, but the harbor was very busy with lots of people in boats nearby. Someone would have seen him do it. She vigorously shook my hand and thanked me. “I have met a wonderful new man and now I feel I can go on and make a life with him,” she said.

Tea leaf reading has provided me with a rich plethora of experiences: reading in a tent at an outdoor wedding near the ocean on a Canadian west coast island; giving a speech for an international women’s group at an extremely posh hotel, doing a reading for Goldie Hawn’s son at an outdoor Saturday market with her standing by in the disguise of a hippy; giving people readings at several First Nations ‘mental wealth’ days; and offering my readings in an Iceland bar, a New Zealand night market, a Scottish metaphysical shop; teaching the art of tea leaf reading workshops at colleges and universities.

But probably the best experience of all is when I finish a reading with an individual who says, “It is more than you will ever know how much you helped me. “I was doing readings for a couple of years when I was told my great-grandmother on the Lebanese side of my father’s family was a tea leaf reader. What an amazing affirmation for me. Tea leaf reading is in my blood.

Tanya Lester, BA and master tea leaf reader, is based on Canada's west coast on Vancouver Island. She travels often offering her tea leaf reading in many parts of the world while housesitting. Her book on her passion is titled Confessions of a Tea Leaf Reader.