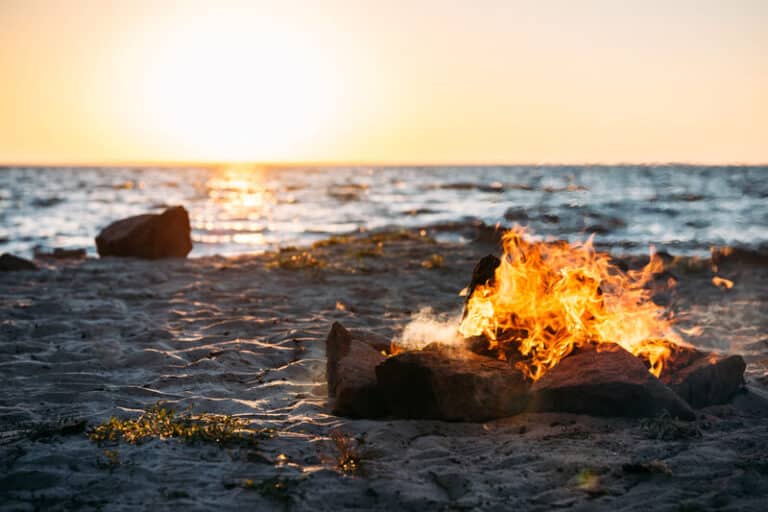 The word ‘sol –stice’ comes from Latin ‘solstitium’ and means the ‘sun stands still.’ The month of June has got a lot going on, calendar-wise. We have got:

The meteorological start of summer (1 June)

Meteorological or Astronomical Summer: What does it mean?

The meteorological calendar is a more recent invention based on seasonal temperatures, separating the year into four groups of three months, based on the observation that summer is the warmest time of year and winter is the coldest, with transitional seasons in between.

These seasons are always 90 to 92 days long and always start on the first of the month except for leap year. This definition makes it easier to calculate seasonal statistics for the purposes of weather forecasting.

The astronomical calendar is ancient, based on thousands of years of observations of natural phenomena used to establish and mark time. This calendar follows the Earth’s rotation around the sun, defining the four seasons by two solstices and two equinoxes.

The Earth’s tilt and the sun’s alignment over the equator determine these events, so the two solstices mark the times when the sun passes over the equator, on June 21 and around December 22 and the two equinoxes are on or around March 21 and September 22.

At the summer solstice, the Northern Hemisphere receives sunlight at the most direct angle of the year with the North Pole tilting towards the Sun at its maximum  (about 23.5 degrees) resulting in the longest period of sunlight hours.  In the Southern Hemisphere, it’s the opposite and the Sun is at its lowest point in the sky.

Astronomical timing is variable, depending upon when the Sun reaches its northernmost point from the celestial equator, and this date varies between June 20, 21, and 22.

Midsummer’s Day, 24 June is an ancient agricultural festival.  It marks the midpoint of the growing season, halfway between planting and harvest. It is traditionally known as one of four “quarter days” in some cultures. Folks celebrated by feasting, dancing, singing, and lighting bonfires to usher in the hot summer days ahead.

Every summer solstice in the UK, as many as 10,000 people arrive at Stonehenge for a pagan-style summer solstice festival on British shores, complete with druids. The main event is sunrise when the first rays of the dawn strike the gigantic Heel Stone and illuminate the center of the stone circle.

The Tarot and the Sun card

The Sun card is the ultimate summer card in the Tarot deck; number 19 in the Major Arcana. This positive card signifies all kinds of good news, starting with sunny weather in the literal sense, and overseas travel, usually to a hot country.

It is our best moment in the sun. It is the state of childhood. It is good health or recovery from sickness. The Sun card is a vitality, just as the sun is life itself. The Sun card can therefore be predicting new life- a birth.

The Sun card when it is drawn reversed is like the setting sun. It can mean the memories of childhood, nostalgia, beautiful, bittersweet twilight. It may mean sadness or delays or getting less than you hoped for.

Every card has its downside, just like every situation in life. The fire of the sun can also be cruel, even savage when ‘reversed.’ We might have a drought. We might have wildfires. And then we need the cool, dark night or else we pray for rain.

Reincarnation and The Sun card?

As the sign of the Sun’s highest point in the skies as seen from Earth, the constellation of Cancer the Crab was considered nearest to the highest point of heaven. Greco-Roman philosophers (The Neo-Platonists) called it ‘the Gate of Men.’

The stars of Cancer were the gateway, the portal in the heavens through which souls descended to Earth to be born.  The opposite constellation, Capricorn, marked the midwinter solstice and was the ‘Gate of the Gods,’ where the souls of the departed rose back to heaven. But did they later descend again to be reborn, in a cycle of reincarnation?

A true story on “Summer Solstice”

Nature is cyclical. The seasons run in cycles and life runs in cycles. Our lives only seem linear because they represent such a short piece of a curve. Perhaps it is only logical and natural that some will see human life as cyclical too, not only in terms of successive generations, but in terms of the individual persona, spirit, or soul as something that is continuously recycled.

As the American poet Emily Dickenson famously wrote, ‘the mind has many corridors.’

Many years ago I did a Tarot reading for a lady who wanted to know, was her brother OK?  This struck me as a strange question. I asked her, what did she want me to investigate that she could not ask him herself? The lady answered that her brother was dead and that he had committed suicide. She did not tell me more, nor did I ask about the circumstances, but as one would expect there was great distress attached to her questions:

-Where was her brother now?

I do not advertise as a psychic medium, not at all, but I have, over the past twenty years done a number of Tarot card readings which have been focused on client’s questions about deceased loved ones, and the Tarot has facilitated me in offering feedback which only the client could verify.

Now, looking at this lady’s brother, I drew the Sun card, the card of sunshine, happiness, innocence, childhood, and birth.

The Sun is life itself. If our planet were closer to the Sun, or further away, there would be no life on Earth.

Where was he? It is hard to describe. But the appearance of this card in particular suggested to me that wherever her brother was, whatever he was, he was like a child again, sometimes awake, sometimes asleep.

He didn’t remember his death, not at all, or whatever it was that drove him to it.  Bless his soul. He was a little boy again and I was struck with a sudden vivid impression, a vision of a moment when he had been happy. I saw him kicking about, splashing in a puddle. He was not bored but happily preoccupied. He had forgotten how he died and whatever had driven him to such a point of despair and futility.

If her brother had any memories or consciousness of surviving death, if that could be possible, then this was his afterlife, all traumas forgotten.

Or it may simply have been telepathy, and I was picking up on the lady’s own memories of her brother.

But then, also prompted by The Sun card, I got the feeling and told the lady that she would soon be hearing news of a new baby on the way. This was probably a birth within the immediate family, and whether it was a boy or girl, the Tarot was suggesting the possibility, however bizarre, that it was the soul of her brother being reborn. This was not a thing that could ever be known.  Each birth is unique. And if we are reborn, we are not clones or carbon copies of the person we were before.

Three weeks later I received an email from this lady, happy and excited, to say her sister had just found out she was expecting a baby. Her sister was about six weeks pregnant. Wouldn’t it be something, the lady joked, if she was going to be her brother’s auntie this time around?

This story is easily explained away as a coincidence. But it was strange, all the same. Nothing can be proven or disproven, but the Tarot was proven absolutely correct in predicting the imminent news of a new birth.

I would like to think the Tarot’s vision offered this lady and her family some kind of comfort, however peculiar, for a truly terrible grief, and offer hope for her brother’s peace. There are many documented stories of people claiming that they have lived another life before this one; some are so detailed, that it does at least offer plenty of food for thought.

“There are more things in heaven and earth Horatio, than are dreamed of in your philosophy”-Hamlet, Shakespeare.