Spirit of the Cat 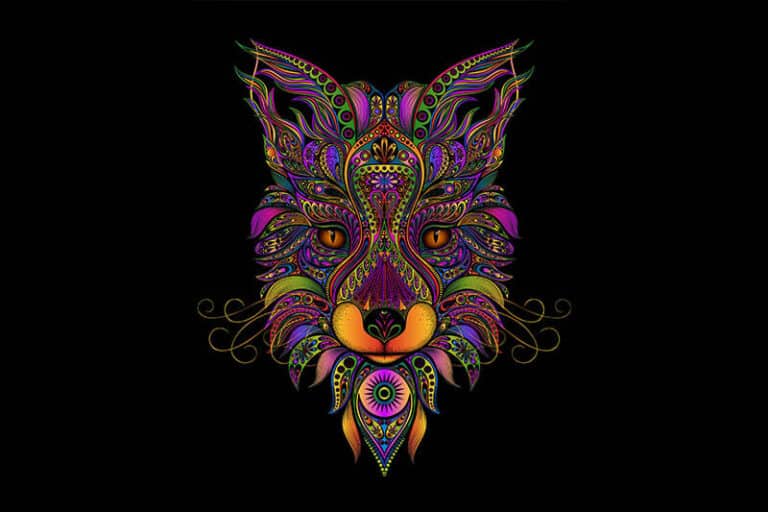 Each animal has a spiritual essence.  We capture that idea in totems and emblems, commonly seen in mascots for professional, collegiate, and high school sports teams.  Whatever the “power” of that animal, we hope to channel it through the totem or emblem into our energy field to help us succeed, win, or thrive.  This article will look at the spirit of the cat as someone’s chosen power animal.

Feline energy is often associated with the following attributes:

If you connect with the cat as your spirit animal, then you will tend to be someone who prefers to determine the direction and state of your relationships.  You wish to be independent, but can be charming when you choose to be social.

According to DJ Conway, in her book Animal Magick, the magical attributes of the cat include: “a strong protector, especially when faced with a confrontational situation.  Knowing when to fight your way out of a situation and when to retreat.  Independent and self-assured. Searching for hidden information. Seeing spirits.” (74)

Cats are sacred to the goddess Bast or Bastet, who often appears as a human with a cat’s head.

“A black cat was especially lucky and was the emblem of physicians to advertise their services.” (Conway, 72) Egyptian reverence for cats is probably the strongest and most positive among all cultures.  Some of the best-known individual breeds would include the: Mau, Abyssinian, Siamese, and Sphynx.

“In Norse myth, the goddess Freya’s chariot was pulled by two cats.” (Conway, 73)

As a goddess, she was associated with love, beauty, fertility, sex, luck, and chance.  It is the connection with luck and chance that aligns with the energy of the cat, which is considered an animal that is as hard to predict as life.  Some of the best-known breeds would include the Norwegian Forest Cat, Himalayan, and Siberian.

The view of the cat in China and Japan is quite opposite.  According to Conway:

The Chinese said that the cat was a yin animal connected with evil, the night, and shape-shifting.  They believed that the appearance of a strange cat portended a change in fortune and that a black cat meant sickness and misfortune.  In Japan, however, the cat was considered to be a positive-powered animal, a creature symbolizing peace and transformation. (73)

The Power of the Big Cats

When it comes to powerful spirit animals, the big cats are leaders in this group.  Among the best-known and strongest are the Lion, Tiger, Panther, and Cougar.  If you identify with one of these animals, then you align with their key traits.

Probably the most recognizable cat in the world, with the possible exception of the Tiger.  Lions are known for their nobility and power, referred to as the “King of the Jungle”.  According to Steven Farmer in his book Power Animals, if your animal is the lion, then “you’re quite courageous, possess a great deal of physical and emotional strength, and are a natural leader and organizer.” (153)

The tiger is a symbol of passion, strength, and aggression.  If this animal is your totem, then you have access to the following magical attributes: “Power, energy. If action is called for, don’t analyze it to death; just do it!  Unpleasant but necessary action only gets worse if you procrastinate.  Finding strength and willpower to tackle an unpleasant situation.” (Conway, 84)

The panther is a symbol of sexual prowess, mystery, and sensuality.  According to Farmer, if your power animal is the panther, then “you’re very tactile and sensual, often communicating through touch, yet you’re so sensitive that the wrong kind of touch can irritate you. On the other hand, pleasant touch can revitalize and reenergize you.” (189)

The cougar is the largest cat in North America and is well-respected among Native Americans.  If this is your totem animal, then your magical attributes include Savagery, fury, and remorselessness.  Cunning, hunting, and seeking; freedom.  Using power in leadership.  Balancing power, intention, strength.  Self-confidence when facing crowds or troublesome people.” (Conway, 76).

Inviting in Cat Energy and Connecting with a Cat Spirit Animal

Even if you do not consider yourself a “cat person”, you can invite cat energy into your life when certain situations would benefit from access to this energy.  Cat energy can be especially helpful if you need to let go of an unhealthy relationship or overly emotional situation.  Their energy is very useful when you need to detach or disengage.

If you are trying to keep a secret or find out a secret, cat energy can help you be stealthy, especially verbally stealthy if you trying to find out if someone speaking the truth or lying.  This energy will allow you to “lie in wait” and see if the other person makes a mistake or reveals themselves.  Appearing disinterested, but being alert is a hallmark behavior of the cat.

The energy of this animal can help with difficult dreams or unsettling emotions.  Invite the cat to journey with you into the dreams state, and pick the cat you want to accompany you.  You can ask for help from one of the big cats or one of the domestic ones.  They can lead you safely through the darkness, so long as you “keep your eye on them” when they start to lead you somewhere.

If you are curious to know if the cat, or a specific cat, is one of your spirit animals, you can consult a spirit animal communicator, Shaman, or psychic.  If you want to find out on your own, you can meditate or muscle test to find out if you have a connection to cats.