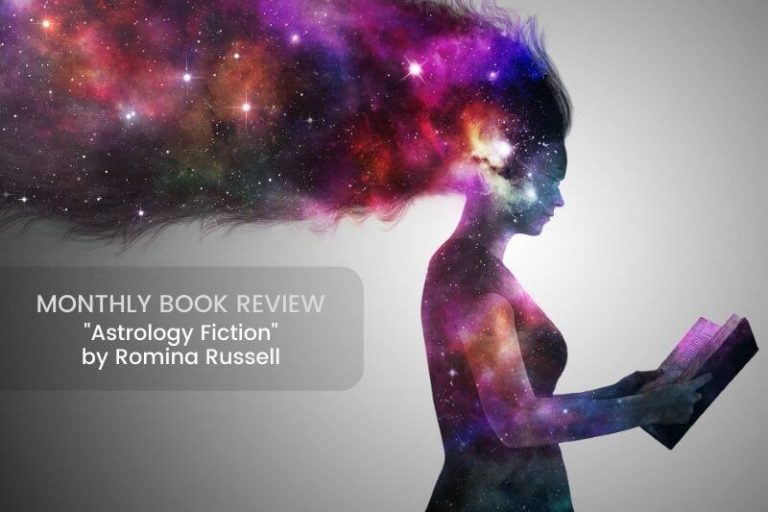 However, there are a few fictional worlds built around astrology in such a way that the representation shows considerable knowledge about the practice, so much so, that the storytelling can help you learn a great deal about astrology.  And, perhaps, ignite your interest to study astrology for your own personal use.

This article will tell you about the fictional series by Romina Russell, which takes place in a world and solar system built on the signs and houses of the Zodiac; four books that can teach you a great deal about astrology.

Romina Russell and the Series

From her web page, her brief bio says:

Romina Russell is a Los Angeles based author who originally hails from Buenos Aires, Argentina. As a teen, Romina landed her first writing gig—College She Wrote, a weekly Sunday column for the Miami Herald that was later picked up for national syndication—and she hasn’t stopped writing since. When she’s not working on the ZODIAC series, Romina can be found producing movie trailers, taking photographs, or daydreaming about buying a new drum set. She is a Virgo to the core.

The Zodiac Galaxy is comprised of Twelve Constellations, or Houses, that revolve around the great galactic sun Helios, each one named and modeled after a Zodiac Sign. There is a legend of a Thirteenth House—Ophiuchus, the Thirteenth Zodiac Sign—but by now the story has been told and retold for so many generations that it’s regarded as nothing more than myth.

Scientists believe Helios marks the site of the original Big Bang that gave birth to the Zodiac, and therefore everyone is taught that Helios is the anchor to life, though each House holds its own spiritual beliefs about it. History tells us the original human colonizers came from a distant and long-gone planet called Earth, and they traveled through a portal in Helios to get here—but the portal is just another myth. Like the Thirteenth House, no one believes it’s actually real.

The central plot twist involves the 13th sign, Ophiuchus, and his efforts to return to power by trying to destroy the rest of the Zodiac:

The legend of Ophiuchus’s downfall exists mainly as a common myth in Zodiac storybooks, told as a cautionary tale to all the children across the galaxy. Each House tells different versions of the story, but the most common form of the legend goes like this:

When the Thirteen Guardian Stars crashed onto planets in their own Houses, and they arose human, each with a Star Stone, or a Talisman, that stored their particular power—the strength they bring to the Zodiac. These mortal Guardians were now charged with harnessing the powers of their Stones to protect their planets and people—and with passing down the Stones to the inheriting Guardians after death.

Texts for the Study of Astrology

The heroine of the story is Rhoma Grace, a 16-year-old student from the House of Cancer. As she moves through her story and the plot of each book, she connects with other characters from different Houses.  What makes the books such an enjoyable read, besides being a very good science fiction, adventure story, is the excellent and accurate portrayal of the characters and worlds of each Zodiac sign.

As a professional astrologer, I was continually impressed with the rather perfect tone of each world and the behavior of each character regarding his or her Zodiac origins.  Russell’s knowledge of astrology is impressive, and her ability to build a world that uses astrological concepts to shape societies is what makes the series worth reading on another level beyond just good storytelling.

In fact, I recommend the books to my students, especially if they struggle to cross the bridge from facts and descriptions of the signs into how the energy behaves in a person’s chart and in relation to their soul and psyche.  She breathes life into each sign with each character and shows both the flexibility and dogged consistency of each sign’s energy.

Throughout the novels, she takes key events and shows them through not only the protagonist, and Cancer, but her companions and others she encounters from all the other signs.  Each one views the same event through their Zodiac lens, which Russell rather brilliantly interprets for her characters to use.  She expertly presents and unravels the conundrum of the 13th sign as the way to more accurately portray all the other signs.

“When a violent blast strikes the moons of Cancer, sending its ocean planet off-kilter and killing thousands of citizens—including its beloved Guardian—Rho is more surprised than anyone when she is named the House’s new leader. But, a true Cancerian who loves her home fiercely and will protect her people no matter what, Rho accepts.”

“Orphaned, disgraced, and stripped of her title, Rho is ready to live life quietly, as an aid worker in the Cancerian refugee camp on House Capricorn. But news has spread that the Marad—an unbalanced terrorist group determined to overturn harmony in the Galaxy—could strike any House at any moment.”

“When news of a stylish new political party supported by her best friend, Nishi, sends Rho on another journey across the Galaxy, she uses it as an opportunity to hunt the hidden master and seek out information about her mother. And what she uncovers sheds light on the truth—but casts darkness upon the entire Zodiac world.”

“The master has been unmasked. Rho’s world has been turned upside down. With her loved ones in peril and all the stars set against her, can the young Guardian from House Cancer muster the strength to keep fighting? Or has she finally found her match in a master whose ambition to rule knows no limits?”

I do recommend the books as excellent examples of young adult fiction, science fiction, and complex storytelling.  But more so, I recommend the books as study texts for understanding astrology, especially the influence and core energy concepts of the signs of the Zodiac.  Routing this knowledge through fiction proves to be an effective delivery method for the concepts that proves as, or more effective, than the best beginner books on the subject.