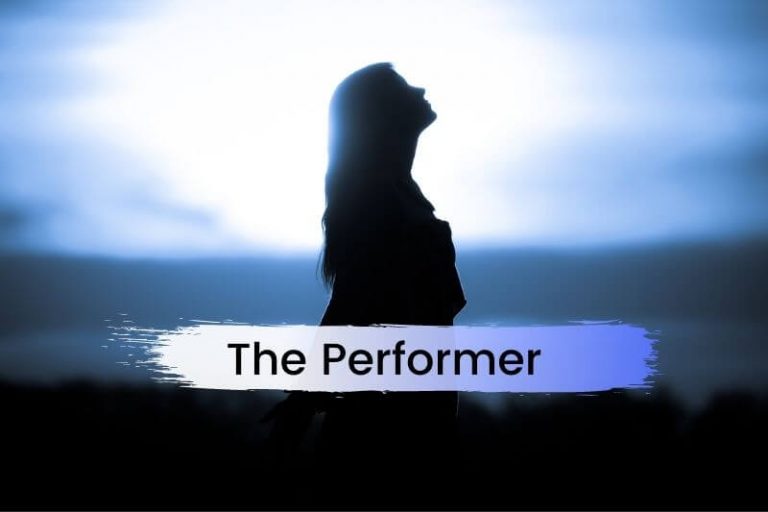 A psychic archetype represents a core energy expression that we feel defines our psychological and spiritual journey, in this, previous, and future lifetimes.  While we may engage in various forms of life practice, like being a soldier or a doctor, we are one enduring archetype, which could be the Warrior or the Healer.

This article will explore the psychic archetype of the Performer.

One Archetype, Many Guises

History is replete with warrior priests and soldier healers (medics).  Educators can be athletes and athletes can be educators.  We can wear many guises over the course of our lifetimes, but we most often operate from a single psychic archetype.

Sometimes necessity and circumstance can force us into a guise that is far away from our spiritual purpose, or so it will seem.  If we look closely enough at our actions within any circumstance, we will be able to see the consistent psychic imprint of our representation.

I have a varied work history, which includes construction, website design/management, teaching (college English), and now spiritual advising.  Through each iteration of my work opportunities, I found myself in the same role repeatedly … as a spiritual and emotional advisor to the people around me.

When I used to teach and read tarot cards publicly (before COVID19), a large part of my work involved performing, not only in the sense of “getting the job done”, but also doing it with “flare”.  I am actually a rather introverted person (Scorpio Ascendant), but I have Jupiter in Leo, which makes me a situational extrovert.  In other words, in certain situations, I can be extremely extroverted.

A Performer archetype individual truly and deeply loves performing, playing a role, and entertaining others.  Performing is an aspect of every archetype; Fathers and Mothers entertain their children and Warriors train to perform in real combat situations. But the Performer is the archetype with the gift for moving people through the expertise and execution of their public performances.

Each archetype travels through lifetimes to gather experience inside and outside its ideal representation to enjoy and understand the full range of human experience while learning lessons associated with completing his or her work.  We learn lessons through support and resistance.  A person learns the many facets of freedom by being very free in one lifetime and extremely restricted in another lifetime.

It really is not hard to imagine an ideal society in which each person discovers their psychic or spiritual archetype and is given a way to express that archetype through work and interactions with the other archetypes in the world.  Bringing such a world into existence would require a large-scale and comprehensive acceptance of balance between science and spirituality, between creativity and necessity, and between compassion and integrity.

Reality is an ebb and flow of balance, imbalance, and re-balancing, which is where all souls learn lessons that cannot be found in utopian visions or the spirit realm.  We choose to be here, and psychic or spiritual archetypes indicate that we choose a singular type of role so we can experience true mastership.

Are You a Performer?

Each archetype has definable and distinguishable traits.

Drawn to the “Stage”

Performing is about sharing experience or communicating ideas and stories in a highly stylized way for the benefit of an audience (private or public).  The Performer’s true gift is his or her ability to excel in some special way and be willing to put his or her skill, talent, and passion into public space for everyone to experience.  The best performers transform the audience in some way through their performance.

Many different archetypes can choose to make performance important to their work, but the Performer focuses on the perfection of the performance as the key energy.  Transformative moments in performances occur when the performer leaves a lifetime impression on an audience and the members of that audience.  One of the most electric and dynamic performers I had the pleasure to see live, in concert, was Prince.  If you got the chance to see him live, you would know he was the consummate Performer.

A Desire to Entertain Others and the Community

The Performer has a crucial role in the connectivity of communities, society, and humanity.  They love to and must connect people through art, sport, literature, and politics.  They want to see the joy one feels when a person comes to realize they are part of the narrative of humanity, important in small and large ways.  The Performer is as much a pillar of human society as the Mother and the Father, especially since they often connect strangers who discover they share of love of the Performer’s performance.

Performers are at their most powerful when they capture something about the Zeitgeist when they perform (Zeitgeist: the defining spirit or mood of a particular period of history as shown by the ideas and beliefs of the time – Oxford Dictionary).

Naturally Sensitive to Others

Performers will naturally rank highly on any scale of emotional sensitivity.  They can feel what others feel and desire and know-how to give those other people what they want in a way that “knocks their socks off”.  They attune to the moment of the performance and bridge the emotional space between a story, theme, or idea and the deeply felt response their performance causes in the audience.

More often than not, the best performers are highly introverted when it comes to mundane interactions with the world.  It is not easy for them to have lives as dynamic as their performances; otherwise, they can burn out very quickly.  Having a way to retreat and recharge is often crucial for their survival because they are willing, or find it necessary, to give fully and completely to their performances.

Are Conduits for Archetype Examples

There was a fun adventure TV show called The Pretender that ran from 1996 to 2000.  The premise:

The series follows Jarod, a young man on the run who is a “Pretender”: a genius impostor able to quickly master the complex skill sets necessary to impersonate a member of any profession. In each episode, Jarod assumes a new professional identity (e.g., doctor, lawyer, soldier) in his quest to uncover his origins, deliver justice to criminal wrongdoers who evade the law, and stay one step ahead of The Centre, the sinister think tank that kidnapped Jarod as a child to exploit his Pretender abilities.

The lead character was an idealized version of a Performer, played by an actor, the most common type of Performer, in the real world.  The series shows that all work has certain performance elements that define the work, including costumes (a doctor’s costume is different than a bartender’s is different than pilot’s) and language (the jargon of each profession).  True Performers can show the audience the ideal version of any and all archetypes.