The Best Pizza Toppings Based on Your Zodiac Sign 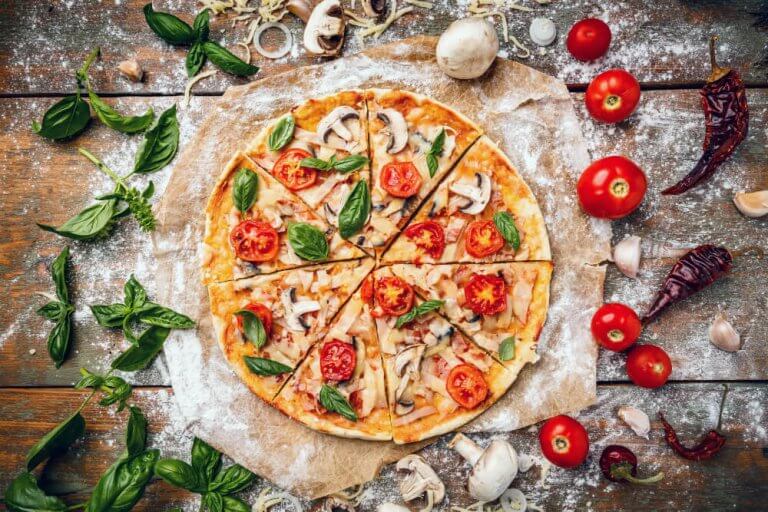 Are you having a craving for a slice of pizza or two or three slices, but you are not sure what pizza toppings want? Who can blame you? The delicious crust, the gooey and tasty cheese, and the excellent tomato sauce! Oh, it is so amazingly delicious. However, perhaps before you go and order that pizza you are wanting just for the sake of it before knowing what you want on it, you will want to learn about the best pizza toppings that will be suitable just for you! In other words, you are about to find out, according to your zodiac sign which pizza toppings you will want to get. This way you can really sit back and enjoy your pizza.

Aries is the first sign and first fire sign of the zodiac and it represents anything that is literally fiery and fast. This is why the best pizza toppings for the typical Aries are fire-roasted peppers, spicy sausage, and lots and lots of pepperoni. Onions and garlic are also a great addition, and the one thing that any Aries will demand is that the pizza is delivered quickly.

Or, since Aries is also a cardinal sign, those with this sun sign will be more than likely to physically pick the pizza up themselves. They will likely end up eating half of the pizza in one sitting as well.

Taurus is the second sign and first earth sign of the zodiac and it represents patience as well as gaining sensual pleasure which most certainly includes loving a delicious dish. The best pizza toppings and pizza in general for the Taurus is the one that features a thick and chewy crust in addition to lots and lots of gooey choose. And, there must be one hearty meat topping.

The Taurus does not need that many toppings as they like to keep things simple, but they may also prefer Alfredo sauce instead of pizza sauce. They may eat it all in one sitting but very slowly so they can enjoy every bite.

Gemini is the third sign and first air sign of the zodiac which represents versatility, and those with this sign are the most communicative. This is why the perfect pizza for the Gemini is the deluxe pizza or the one that has literally everything on it. That includes pepperoni, peppers, mushrooms, olives, onions and so on!

The Gemini also prefers to have a thin crust so they can eat it quickly, and only want their slices to be small so they can eat what they need and move onto the next thing.

Cancer is the fourth sign of the zodiac and the first water sign, and it represents anything that has to do with the home, family, and emotions. A home-baked pizza is the most fitting for a Cancer so that means the Cancerian will either make the pizza from scratch at home or find a type of pizza that is just like a home-baked one.

The toppings will not likely include the traditional pepperoni slices. Cancerians love portabella mushrooms, bacon pieces, spinach, and even eggplant. If the Cancer doesn’t have the ingredients to make pizza at home, then that is the type of pizza that will likely be ordered.

Leo is the fifth sign of the zodiac and the second fire sign that represents royalty and what kind of lion or lioness does not eat meat? They are natural carnivores and that is why the King or the Queen of the zodiac will only want to eat pizza with meat toppings! Bring on the bacon, the pepperoni, the beef, the sausage, the ham, and any other meat item!

However, the King or the Queen of the zodiac will also eat their pizza with a knife and a fork because that is the regal way to eat a pizza.

Virgo is the sixth sign of the zodiac and the second earth sign which represents health, work, service, and paying close attention to detail. Since the Virgo is quite health-conscious, then the ideal toppings would be vegetables. Bring on the peppers, the onions, and tomatoes, and the crust must be made with whole wheat and the cheese must also be made of soy.

Additionally, they will only want to eat their pizza slices in small pieces because they are health-conscious and don’t want to overeat at all.

Libra is the seventh sign of the zodiac and is the second air sign which represents beauty, peace, and balance. Those that have this sun sign will gravitate towards any type of gourmet pizza which could include toppings of sun-dried tomato, goat cheese, or asparagus.

Additionally, because of the fact that Libra is about balance and harmony, they would want each slice to be the same exact size. However, that is not realistic, and the Libra would not put up a fuss about it anyway because that would mean they would get into a conflict which is something they do what they can to avoid like the plague.

Scorpio is the eighth sign of the zodiac and it is the second water sign which represents secrets, passion, and it is a sign of extremes. Since Scorpios are naturally secretive, their chosen pizza would be the calzone, which is a folded pizza with the toppings inside that is hidden. Only the Scorpio eating the calzone would know what toppings are inside!

And, they would like it spicy too since it is a passionate sign which means they would like spicy sausage, hot peppers, and other spices inside of that calzone that they would be looking forward to chowing down.

Sagittarius is the ninth sign of the zodiac and it is the third fire sign which represents adventure, optimism, expansion, and fun. Just like the mirror sign, Gemini would want the deluxe pizza, the Sagittarius would go a step further and order the pizza with the works! That means they would want all of the toppings imaginable, which would be pepperoni, of course, bacon, ham, peppers, extra cheese, anchovies, pineapple, and anything else imaginable.

Not only that but they would chow down several slices and would want to get a party size as well. They have hearty appetites and the evidence is in the type of pizzas they would order.

10. Capricorn – Cheese, Thin Crust and That Is It

Capricorn is the tenth sign of the zodiac and it is the third earth signs which represent business, restrictions, and organization. With that said, with the Capricorn’s restrictive and rigid nature, their pizza of choice would be just a plain cheese pizza with a thin crust. Remember that Capricorn is ruled by restrictive Saturn which is why this is their ideal pizza.

Capricorns don’t want any frills; they want to cut and dry and that is it. A plain cheese pizza that is on a thin crust is all they want.

Aquarius is the eleventh sign of the zodiac and it is the third air sign which represents progressiveness and nonconformity. That means the Aquarius would order just anything on their pizza and don’t have a real preference. It is just what they are in the mood for at that given moment.

If the Aquarius just wants to order a plain pepperoni pizza, then that is what they will get. However, because that is so typical, it is not likely that would be the first choice of the Aquarius. They would probably prefer calamari with pineapple on their pizza because that is unique just like they are! It all depends on their mood, however, and that is why anything really goes!

Pisces is the twelfth sign of the zodiac and it is the third water sign which represents creativity, imagination, and intuition. However, since it is a water sign and they are creative, they would love an exotic seafood pizza with calamari, shrimp, crab, mussels, and octopus.

An ideal setting would be that they would eat a slice of seafood pizza while they enjoy a glass of wine or champagne as they certainly enjoy the bubbly to go along with that as well.

Now you know what the best pizza would be to order based on your sign! So, with that said, what type of pizza and what toppings are you ordering for dinner tonight?

What Does Your Star Sign Say About Your Career Style?