The Best Countries to Travel Based on Your Zodiac Sign 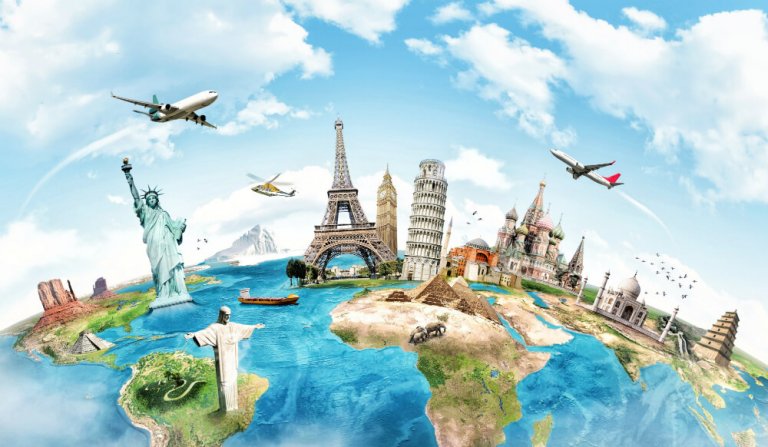 The vacation season is not far off however, you can go away at any time of year! It all depends on your working and family situation. However, if you are struggling to come up with places to go regardless of the time of year you plan to go away, you may want to look into the best possibilities for places to go based on your zodiac sign.

And, the countries that are recommended for you to visit are based on your sun sign and its association with that particular country that you will want to put on your vacation-possibility list. Let’s go over the best countries to travel based on your zodiac sign right now! 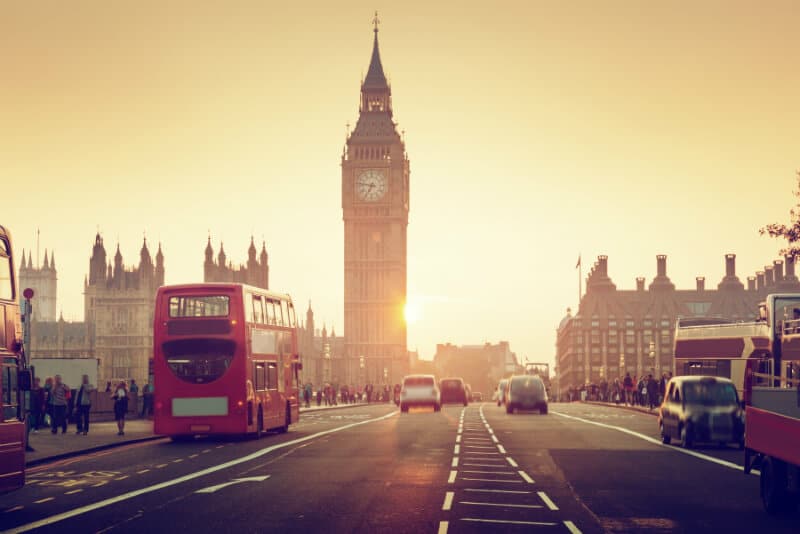 Aries is the first sign of the zodiac and it is a fire sign. The common traits that are associated with Aries are: initiation, independence, passion, and energy. And for those with this sign sun will want to travel to places that fit those traits. A great place for the Aries to go on vacation in England.

In fact, Aries rules England because it holds the same type of passion and independence as the sign itself! And, as you know, England is quite influential just like how Aries is, and this would make it a perfect fit. Any city in England would do. Other good possibilities that are ruled by Aries are Poland, Lithuania, Israel, and Germany. 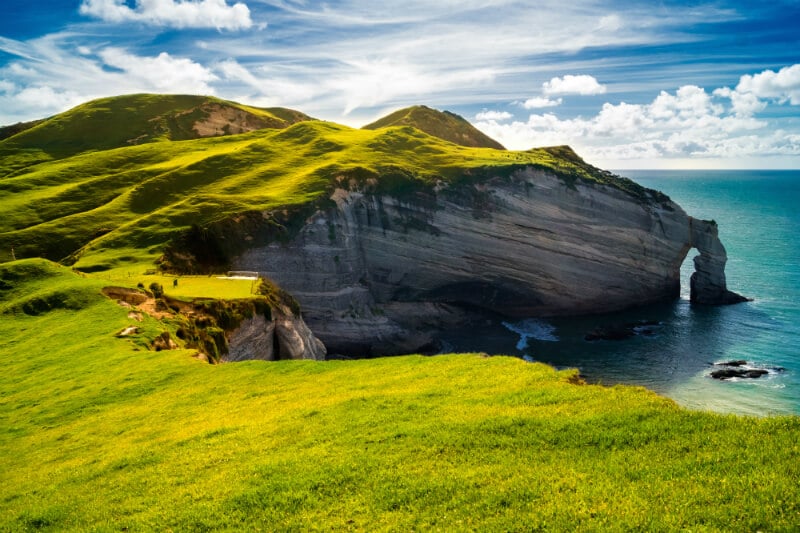 Taurus is the second sign of the zodiac and it is an earth sign. The common traits that are associated with Taurus are a love for routine, security, and a love for nature. And the one country that Taurus rules is Ireland. That is most definitely the place for anyone with this sun sign to put on their vacation list.

Ireland is known to have lush and green grass, a true nature wonderland. And, it is a country that is seen as laid back because residents can sit back and enjoy life while they are enjoying their food and their drinks. And this is why those who have the Taurus sun sign will feel right at home in Ireland. Other countries that are ruled by Taurus are Switzerland, Cuba, Cyprus, and the Greek Islands. 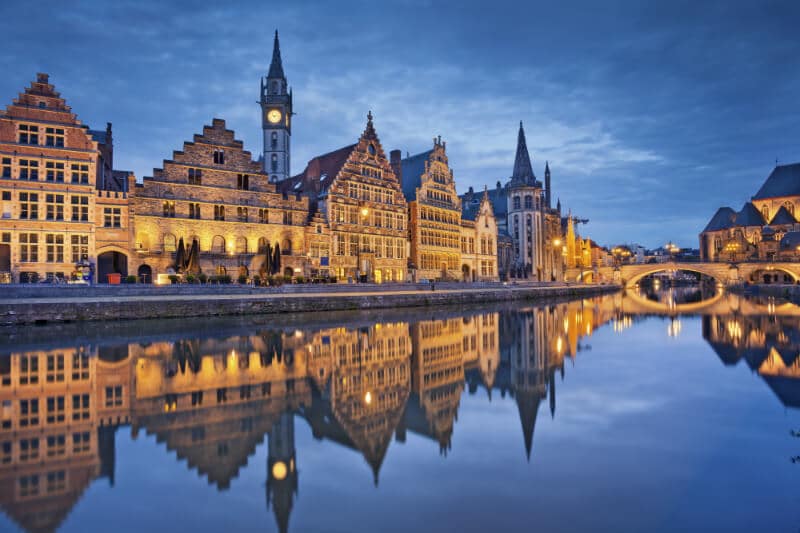 Gemini is the third sign of the zodiac and it is an air sign. The common traits that are associated with Gemini are expressiveness, versatility, dexterity, and intelligence. And, the one country that Gemini rules is Belgium. Belgium is known for being a multi-language country as French and Flemish, which is a dialect of Dutch is spoken. It is also known for its chocolate, beer, and fries that are mixed with mayonnaise. It is also a versatile country. With that said, those who have their sun in Gemini would feel right at home in Belgium.

Other countries that are ruled by Gemini as well are Morocco, Norway, Ecuador, Sweden, and Iceland. 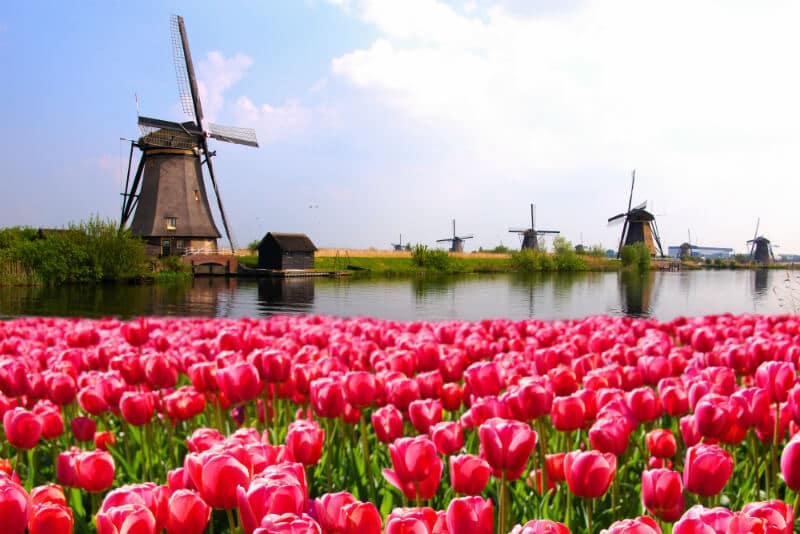 Cancer is the fourth sign of the zodiac and it is a water sign. The common traits with the sign are emotions, maternal traits, attachment to the home and to family, and financial savviness. The one country that Cancer rules is Holland, and that would make sense since the Dutch value their homes and family as well.

Additionally, Holland was one of the countries that helped out the Jews during World War II and many Dutch residents protected them during a dark time like any mother would go out of their way to protect their young. Other countries that are ruled by Cancer are New Zealand, Scotland, and the USA. 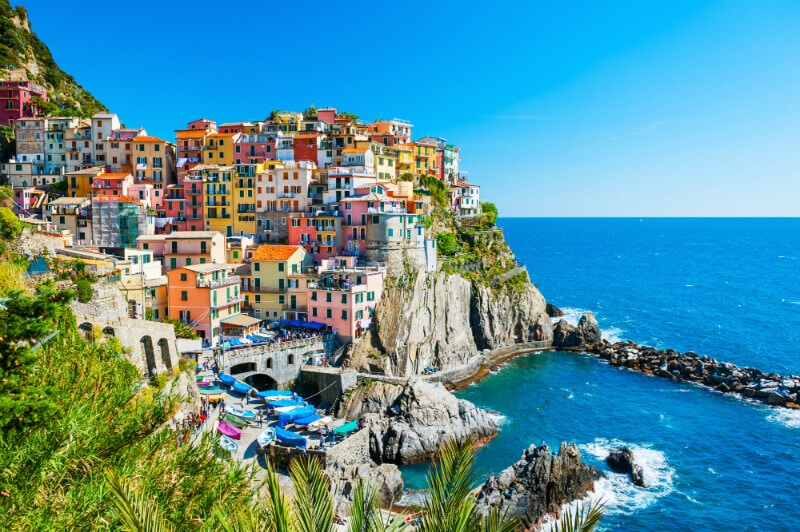 Leo is the fifth sign of the zodiac and it is a fire sign. The common traits of Leo are creativity, playfulness, and a love for being in the spotlight. Not to mention, Leo is the King or the Queen of the zodiac.  And, one country that is ruled by Leo is Italy. It is not a surprise since Italy is one country that has influenced many other cultures in regards to food, fashion, and language.

Additionally, the one thing that is associated with Italian cuisine is playfulness as chefs and cooks have plenty of fun while preparing pizza or pasta. And, those who are ready to enjoy their pizza or pasta dinners become quite childlike, with good reason! Other countries that are associated with Leo are France, Macedonia, and Romania. 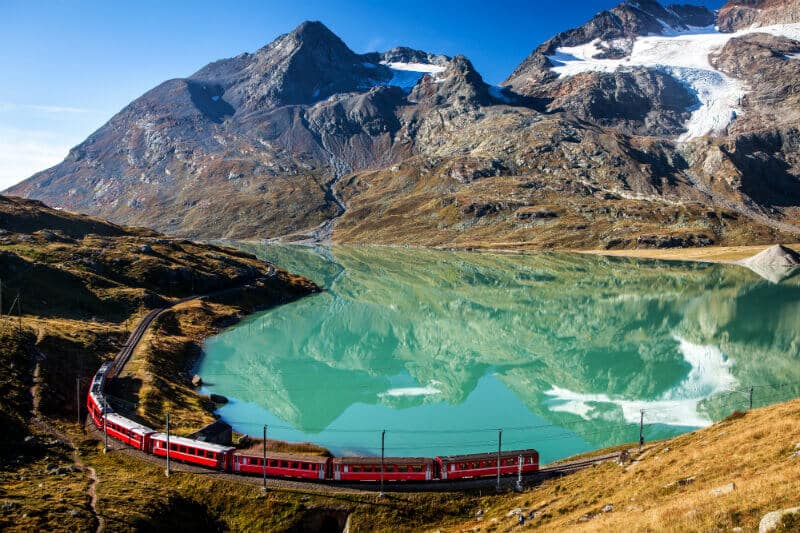 Virgo is the sixth sign of the zodiac, and it is an earth sign. The common traits of Virgo are being work and service oriented, being analytical, health-consciousness, detail-oriented, and punctuality. The one country that Virgo rules is Switzerland, and it is a common belief that those in Switzerland are quite punctual and are extremely clean.

Switzerland is also known for certain spots such as curling and skiing, which many residents enjoy doing in order to stay fit and healthy. This is certainly one place where visitors would feel at home if they have their sun in Virgo. Other countries that are ruled by Virgo are Greece, Brazil, Mexico, and Turkey. 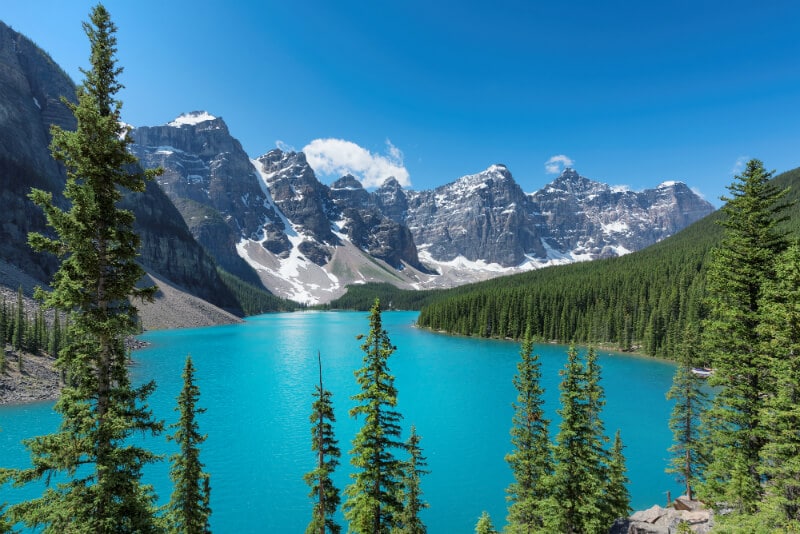 Libra is the seventh sign of the zodiac and it is an air sign. The traits that are associated with Libra are fairness, balance, and beauty. Any Libra would absolutely feel home while visiting Canada because it is a country that is quite peaceful, and balanced. While there is no such thing as a perfect place to live, Canada comes close as far as that due to the fact it is seen as fair.

Canadian residents are known as polite, peaceful, and for the most part, are laid back, and this is why any Libra would want to visit Canada. Preferably during the summer months since winters can be quite cold there. Other countries that are ruled by Libra are Argentina, Japan, and Fiji. 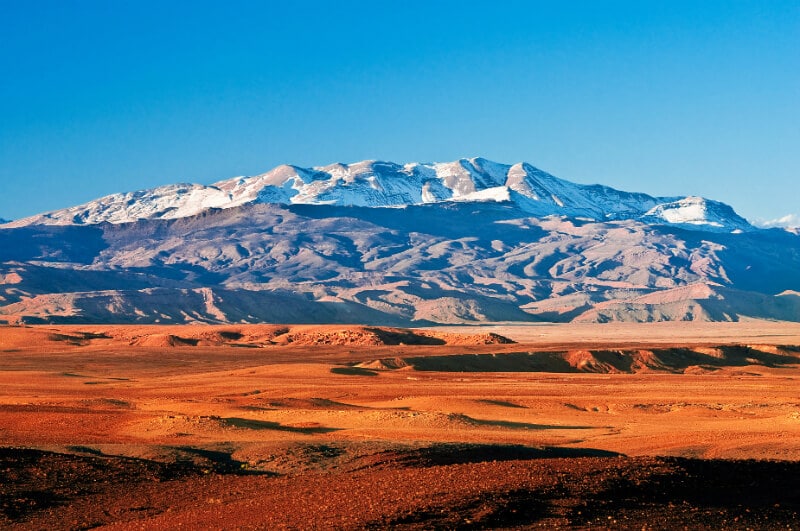 Scorpio is the eighth sign of the zodiac, and it is a water sign. This sign is associated with mystery, intensity, extremes, and passion. And, any Scorpio would feel right at home visiting a country that possesses these traits. That is why Morocco is a perfect place for a Scorpio to visit.

Morocco is mysterious and possesses unique beauty that consists of beaches, part of the Sahara Desert, the intriguing High Atlas Mountains, and it is the home of the Mohammed V mausoleum. This is a land of extremes as there is the Atlantic beach coast on one end, and the Sahara Desert on the other end. Visitors would also be intrigued by the snake charmers as well which could be considered quite Scorpionic. Other countries ruled by Scorpio are Panama, Latvia, and Antigua. 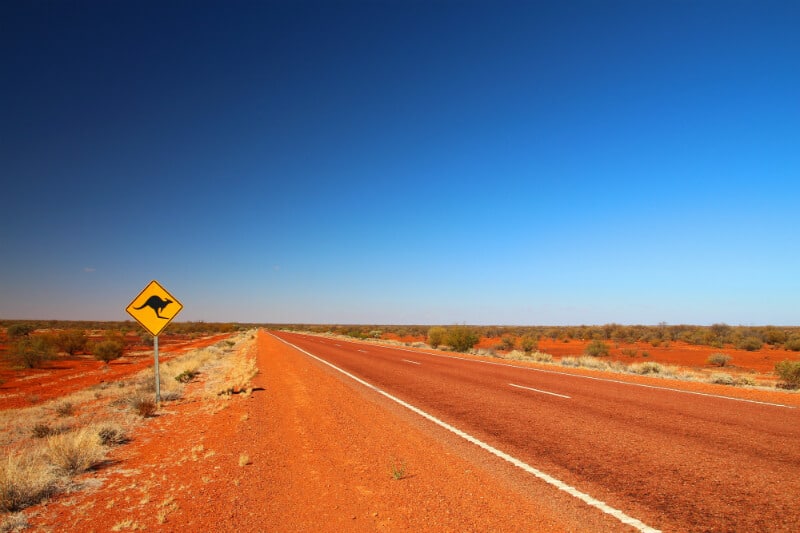 Sagittarius is the ninth sign of the zodiac and it is a fire sign. The traits that are associated with Sagittarius are the love for higher learning, adventure, and a need for exploration. And for the Sagittarius, Australia is the perfect place to visit. That is because Australia is the home to many daring sports such as bungee jumping, white water rafting, hang gliding, cliff camping, and adventure caving.

If you are not an adventurous individual, then Australia is not the place to visit, but for the Sagittarius, it is perfect! Other countries that are ruled by Sagittarius are Spain, Chile, South Africa, and Hungary. 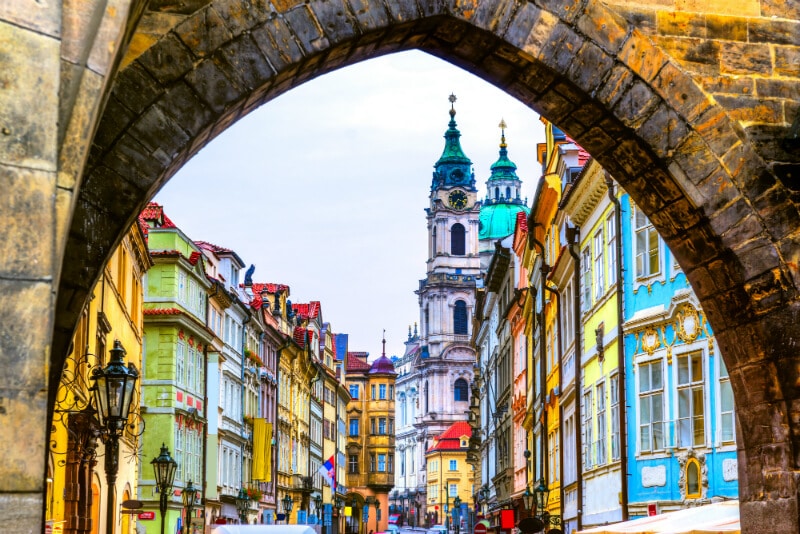 Capricorn is the tenth sign of the zodiac and it is an earth sign. This sign is associated with being industrious and hard-working, organization, and structure. And Capricorns would want to visit the Czech Republic, and that is because the conditions in the Czech Republic are excellent for the most part. That is because hard work is valued, and most of the residents there are industrious, and the unemployment rate is extremely low.

The country is kept clean as well and is also quite classy which any Capricorn would appreciate. Other countries ruled by Capricorn are Albania, Bulgaria, and India. 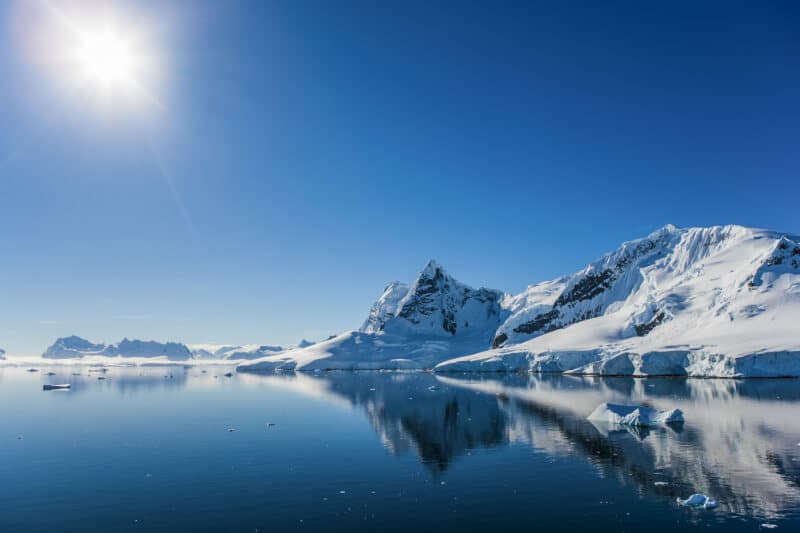 Aquarius is the eleventh sign of the zodiac and it is an air sign. Aquarian traits are innovation, uniqueness, and nonconformity, as well as humanitarianism. And what better place for an Aquarian to visit than Antarctica? Yes, Antarctica is a continent and not a country. However, Aquarians yearn to vacation somewhere out of this world, and that is the perfect place.

This trip can only be done during the austral summer months between November and March. For Aquarians that don’t yearn for that kind of uniqueness can also visit Finland, Russia, and Iran. 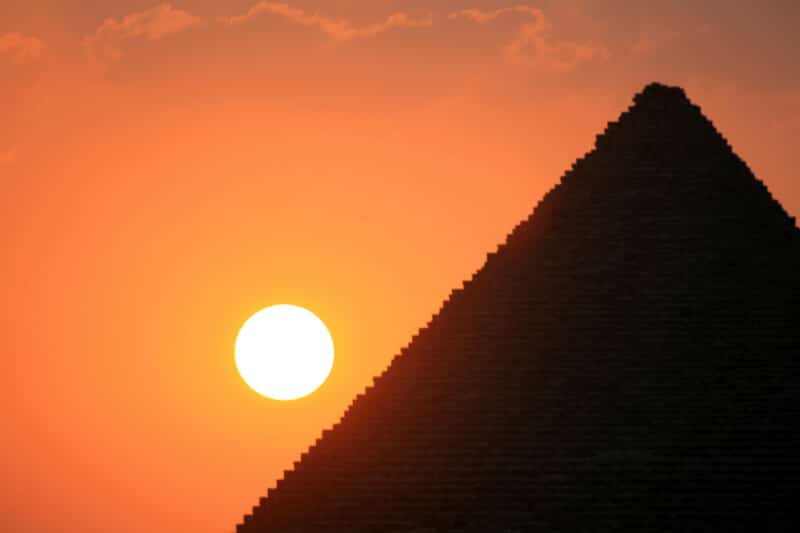 Pisces is the twelfth sign of the zodiac and it is a water sign. This sign is associated with dreaminess, mystery, intuition, and empathy. And, the Pisces individual would have a strong appreciation for going to the gift of the Nile, Egypt for vacation. Egypt is a mysterious land, which is similar to Morocco ruled by Scorpio which is also a water sign. However, Egypt does not have the same intensity as Morocco which is why it is extremely fitting with Pisces.

Egypt is the land that is home to those mysterious Great Pyramids, ancient monuments, as well as the Red Sea coast which provides a relaxing atmosphere. In fact, this country is one of those few places that will help you relax and will encourage you to use your imagination. Your imagination will be quite active because you are going to be constantly trying to solve the mysteries behind the Great Pyramids as well as other Egyptian attractions. Other countries ruled by Pisces are Samoa, Portugal, as well as Scandinavia in general.

After reading this, are you now adding these countries that are suitable for your sign to your vacation list? You will feel right at home after visiting the best ones for you! Where ever and whenever you decide to go away, enjoy your holiday and have a fantastic trip.